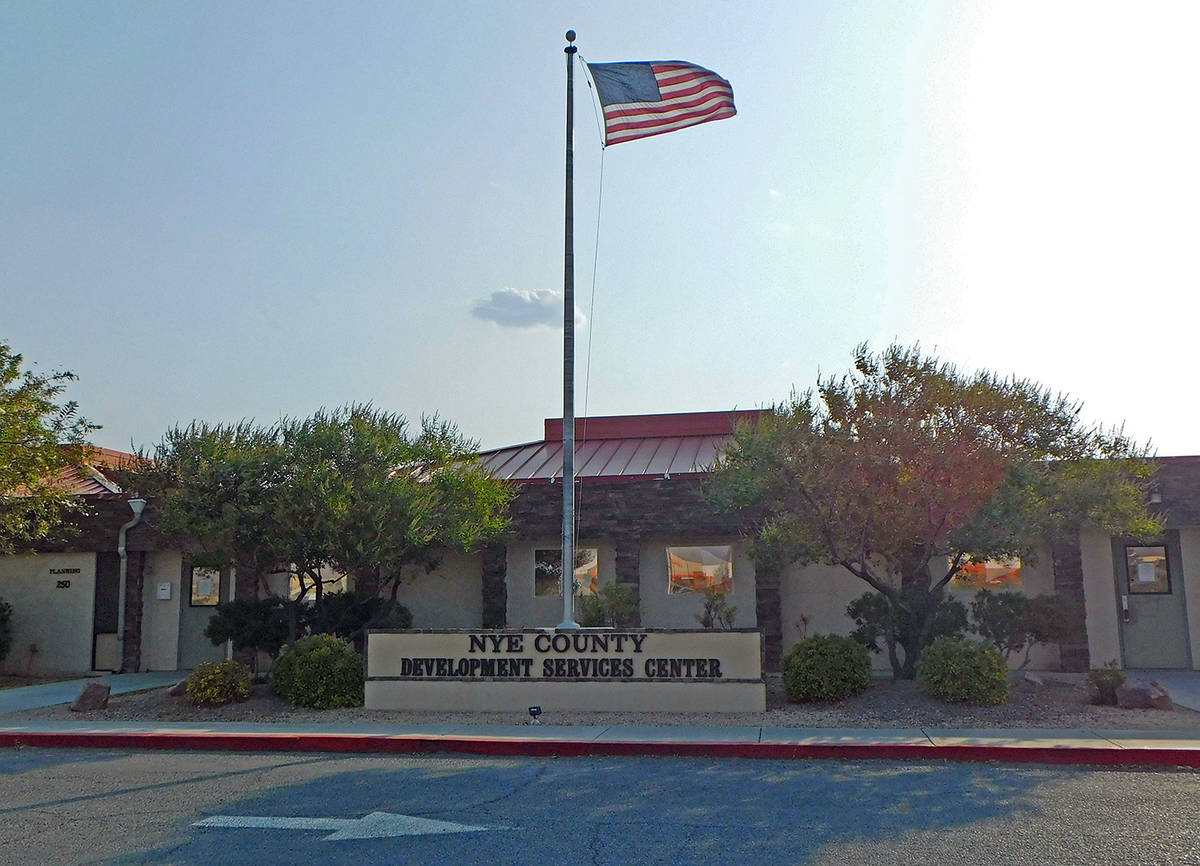 Robin Hebrock/Pahrump Valley Times The Nye County Development Services Center is home to the county's planning, building and safety, and public works departments, all of which are making the switch to a new system called OpenGov come August 2.

A quick inquiry to anyone involved in development projects in Nye County will make one thing clear, the document process that paves the way for approval to proceed is often very time-consuming.

From obtaining building permits, requesting zone changes and asking for master plan amendments to securing conditional use permits, special use permits, encroachment permits, waivers and more, those wishing to undertake a project, whether commercial or residential, often find themselves spending hours upon hours in the various offices associated with development within the county.

As the saying goes, time is money, so anything that can be done to make this process easier is to the benefit of both the county and those pursuing development projects.

By the end of this month, three of Nye County’s most publicly accessed departments, planning, building and safety and public works, will be making the switch to a new system called OpenGov, a change that will make it quite a bit simpler for area residents and businesses to submit documents and applications to all three departments. Not only will OpenGov allow online document submission, it will also give residents the ability to track the progress of their paperwork without having to contact the department they are working with directly.

“We’ve got a go-live date now of August 2. Actually, starting on the 28th (of July) we’re not going to be using the Eden system anymore, we’re going to be migrating all our records and everything over on the Thursday and Friday (29th and 30th) and come Monday, August 2, we will be on the OpenGov system. So at that point, everything will be being done electronically for public works, for planning, for building and safety… So that’s very exciting, finally we’re getting there,” Waggoner stated during the meeting.

Nye County Commission Chair Debra Strickland was clearly pleased to hear that news, remarking, “That will streamline for the people to get things online, and that’s the new wave of everything.”

“So we beta tested this and we’re in good shape?” Commissioner Frank Carbone inquired.

Waggoner said the various departments making the switch had been testing the system for about three months and while there will likely be a hiccup or two along the way, he feels the system will be a great improvement for the county and public. “That was one of the first things I said was on my wish-list when I took this position,” Waggoner said.

“It’d be great to see this happen, we’ve been waiting a long time to see it,” Carbone stated.

Nye County Planning, Building and Safety and Public Works are not the only departments transitioning over to OpenGov, however.

For the town of Pahrump, which will be using it for business licensing purposes, the OpenGov system will give business owners the ability to file a business license renewal online.

In addition to this, the Nye County Finance Department has been on the OpenGov system for more than a year already, giving residents access to a wide variety of financial data related to county operations.

Nye County Public Information Officer Arnold Knightly has also been utilizing OpenGov in recent months for the county’s community surveys, which can be found under the “Nye County Listens” link on the county’s website www.NyeCounty.net

Links for departments already using the service can be found on those departments’ webpages and links for the planning, building and safety, public works and clerk’s offices’ OpenGov systems, as well as the town of Pahrump’s OpenGov system, will soon be added.

Waggoner noted that anyone wishing to use the OpenGov system for application submission will first need to set up an account with OpenGov.

Touted as “built for government, by government,” OpenGov is utilized by over 1,000 cities, counties and state agencies nationwide, the OpenGov website details. Its purpose is to, “…power more effective and accountable government and strengthen public trust,” the website reads, adding, “Built exclusively for government, OpenGov’s software, services and expertise are backed by over 300 years of employee experience in the public sector.”