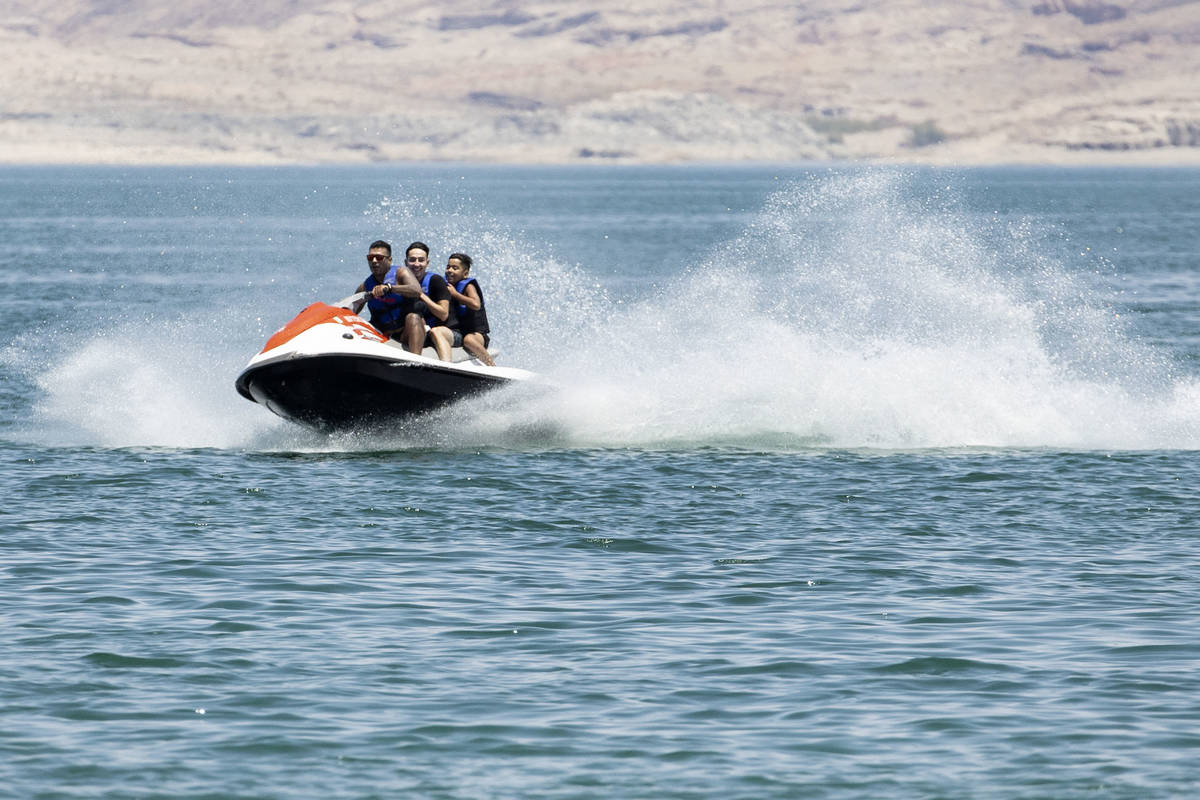 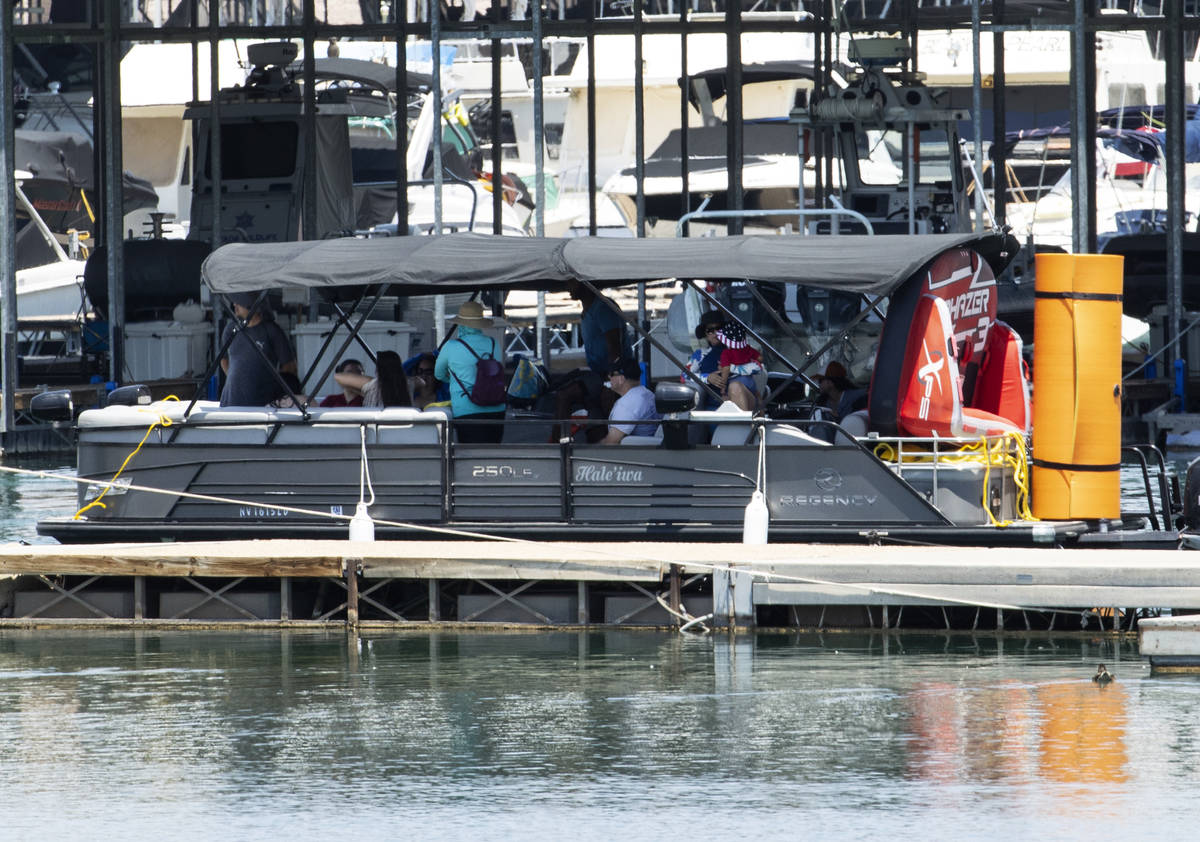 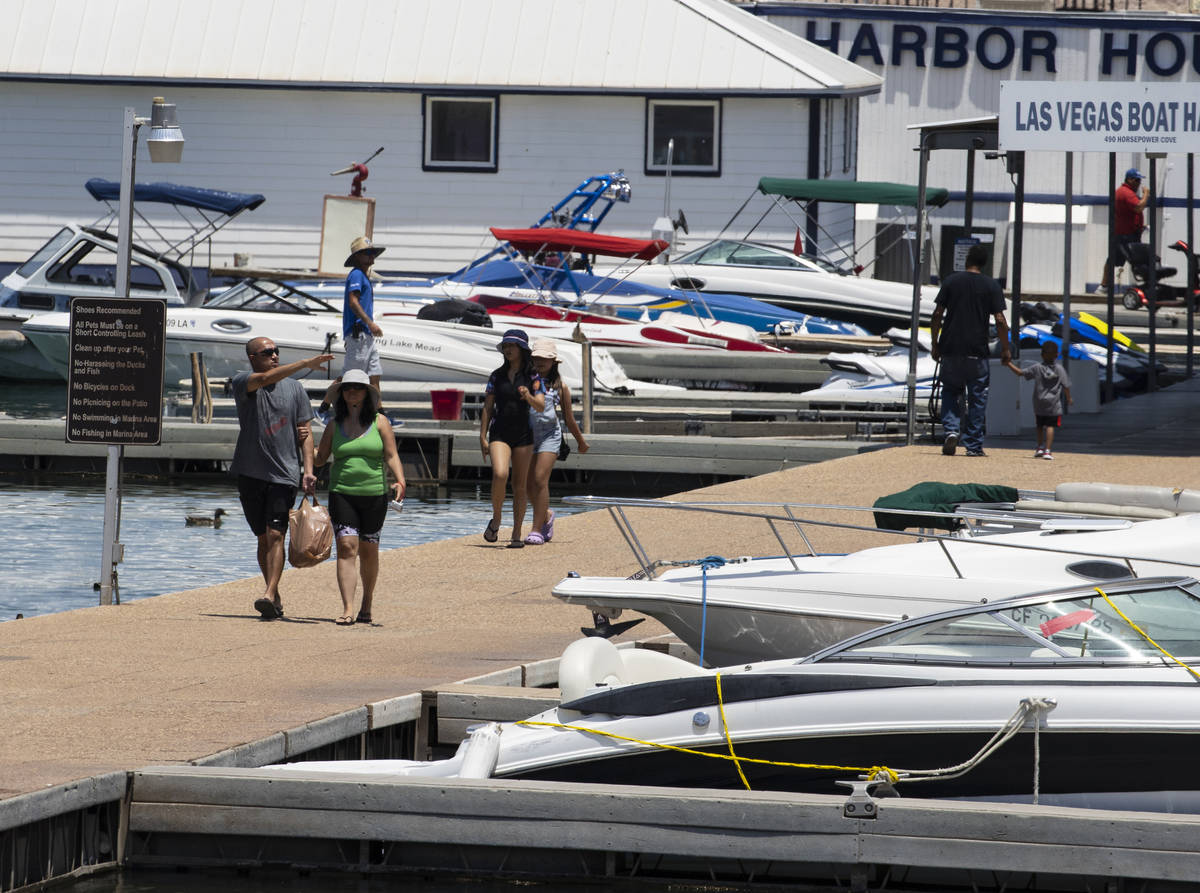 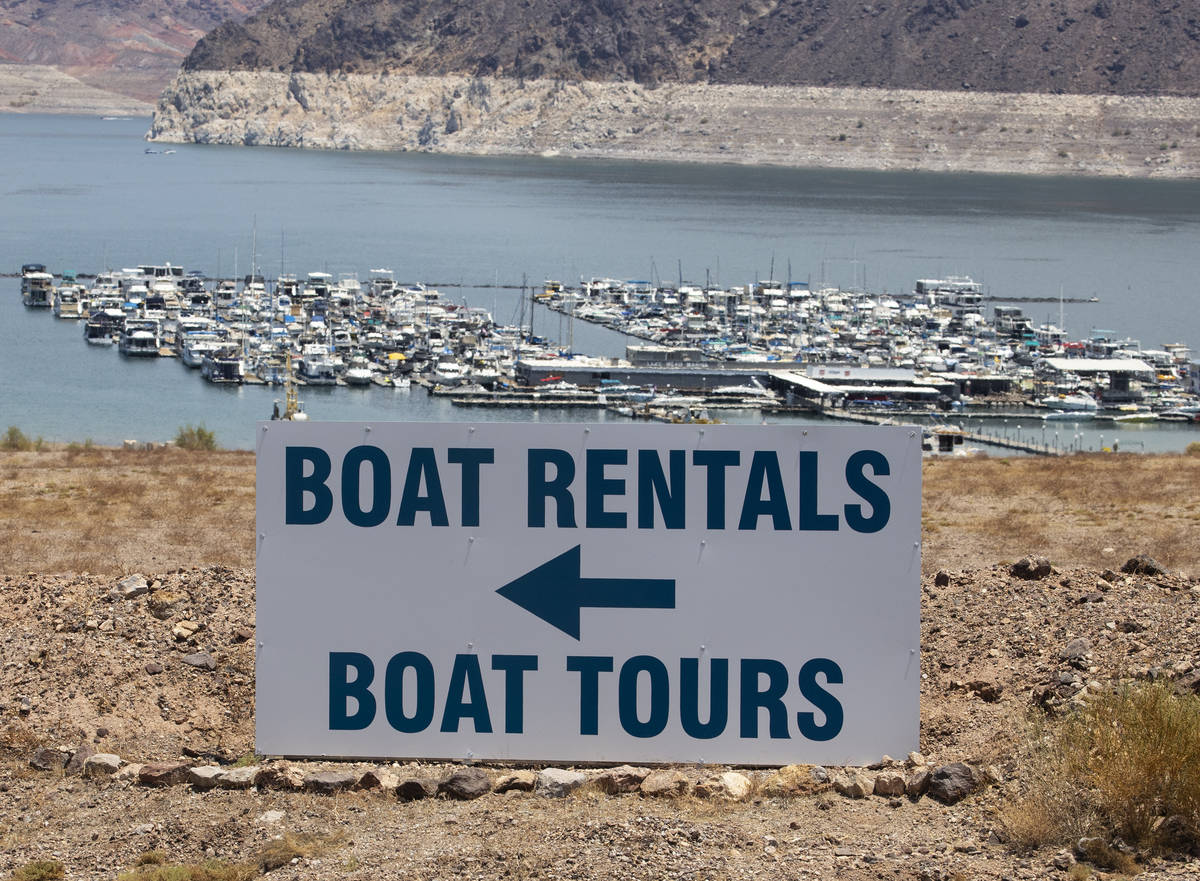 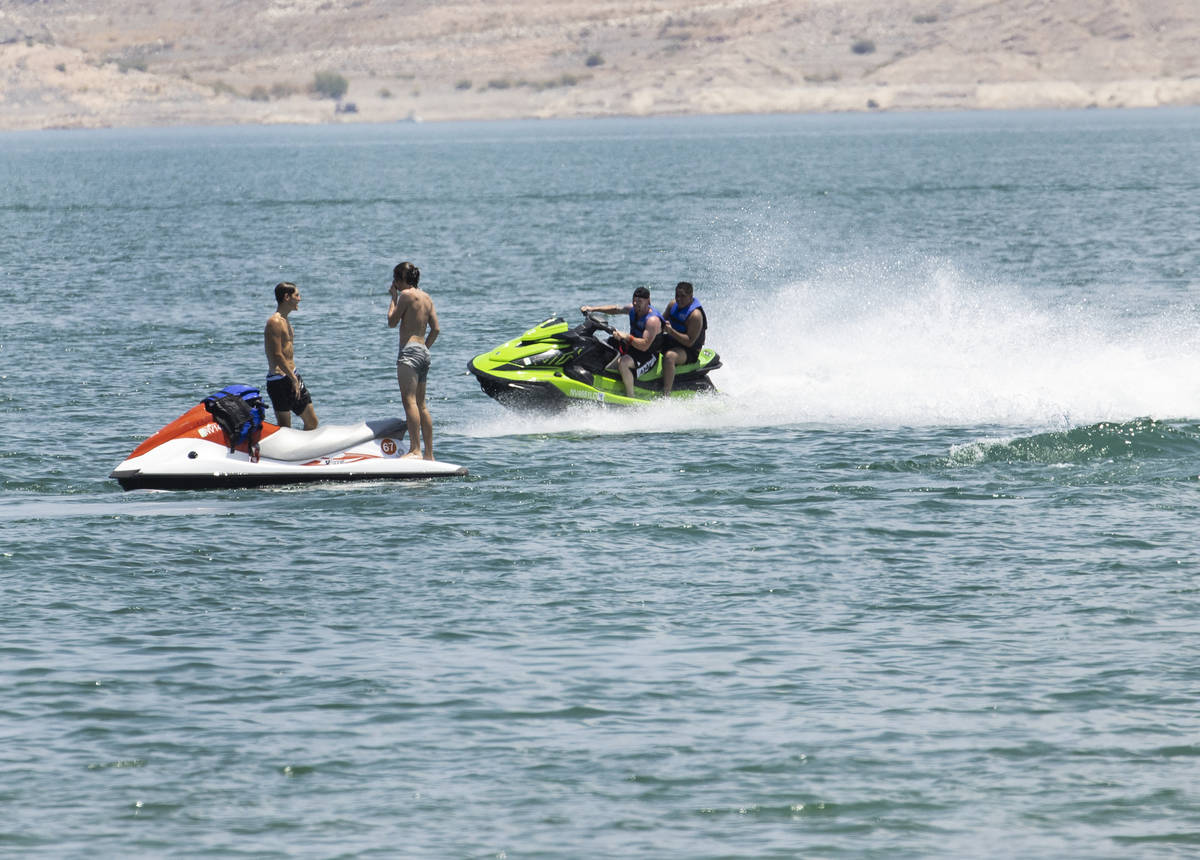 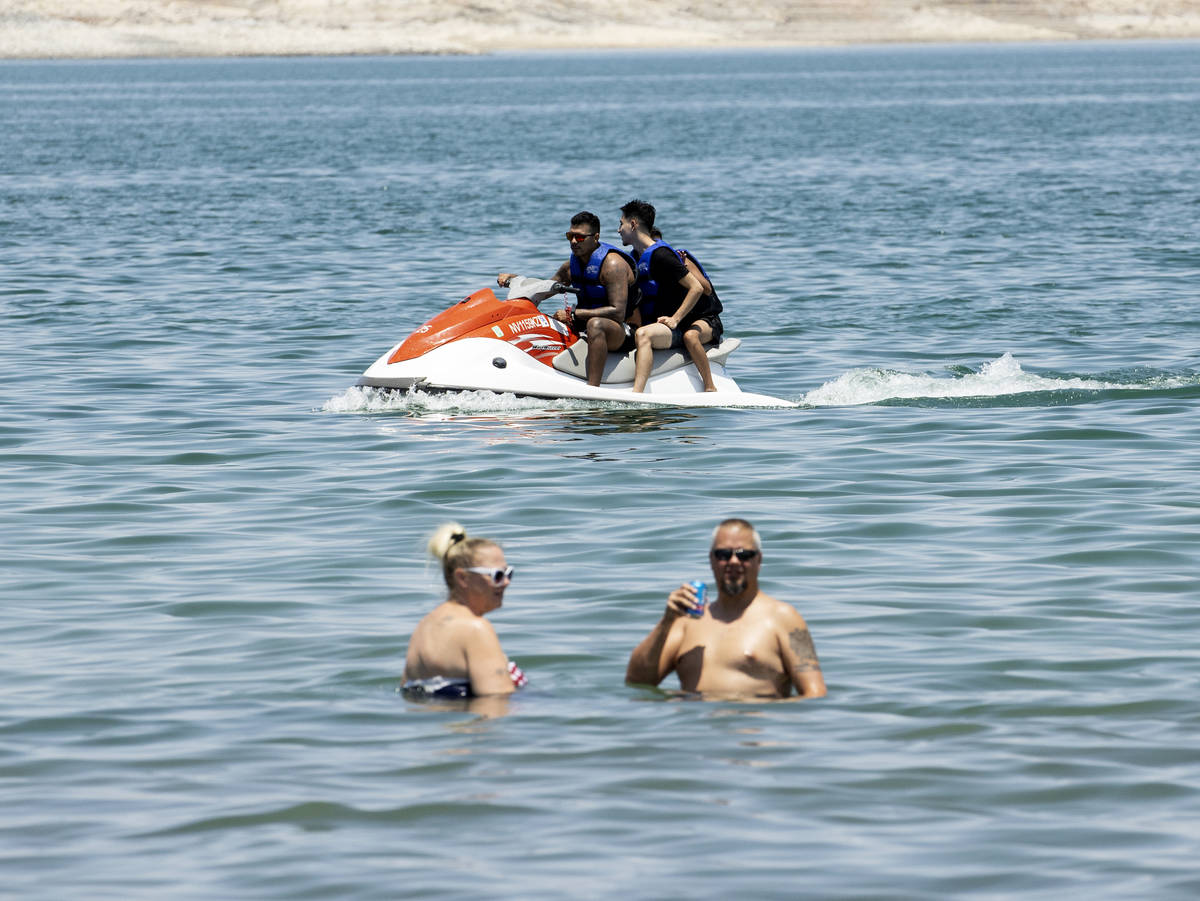 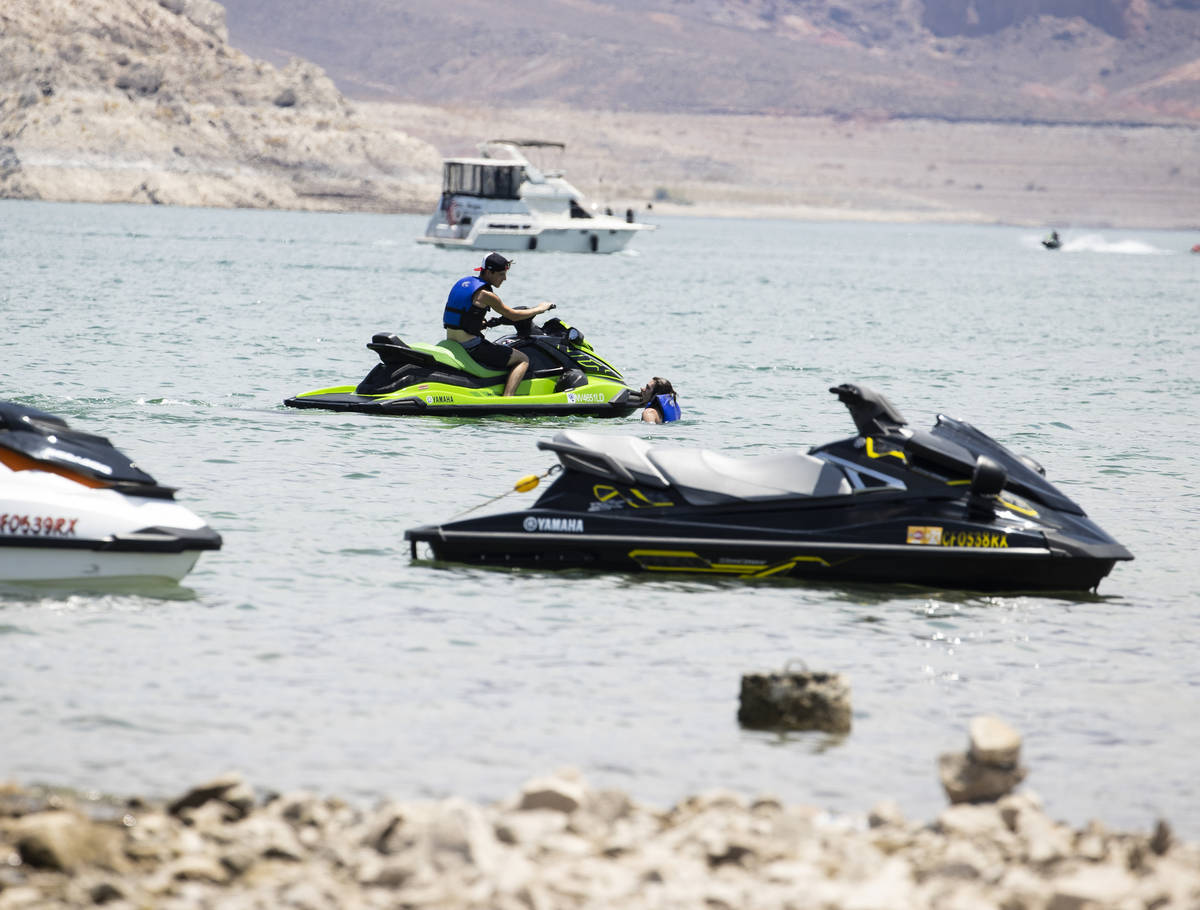 Despite the effects of a two-decade drought and gloomy headlines about declining water levels, business is strong for recreation companies along Lake Mead and the Colorado River.

Lake Mead last month reached its lowest point since the reservoir was created in the 1930s, an unwelcome milestone as the lake barrels toward its first federally declared water shortage. A shortage declaration, which would result in cuts to Nevada’s allocation of Colorado River water, hinges on water level projections that will be released next month.

But Chad Taylor, director of sales and marketing for Lake Mead Mohave Adventures, considers himself a “lake half-full guy.”

“There’s plenty of water in Lake Mead and Lake Mohave to still go out and enjoy your family,” he said.

Among other things, the company specializes in houseboat rentals, a sector that he said has experienced declines over the past decade. But that trajectory shifted last year.

“COVID actually changed that all for us,” he said.

What typically is a three-month season for Lake Mead Mohave Adventures could be extended to six months this year to keep up with demand, Taylor said. Since last year, he said, the company has experienced about a 40 percent increase in business.

“The only thing that’s limiting us is the amount of resources,” he said.

The supply chain crashed during the pandemic, Taylor said, resulting in the business receiving only a fraction of the roughly $2.5 million worth of vessels, parts and supplies it ordered in January 2020.

“As soon as the supply chain frees itself up some more, we’ll be able to expand our fleet,” he said.

The company keeps its boats in the water, so it is not facing issues with lake access, Taylor said. Boaters who need to launch their boats have been affected by declining water levels, which have forced closures of some ramps and required installation of temporary pipe mats at others to keep them open.

Marnie Cherney of kayaking outfitter Evolution Expeditions said construction at one launch area forced the company to find a new place to launch for its Lake Mead tour.

Because launching from a ramp can be such a headache, most of the boat slips on Lake Mead are full, according to Candice Hayes, general manager of Boating Lake Mead, a family of companies that manages marinas, rents and sells boats and performs repair services, among other things.

During a normal year, issues with the launch ramps would affect sales, but because of the pandemic, much of the inventory was pre-sold.

Momentum from sales last year has carried over into 2021, and sales are so good that production hasn’t been able to keep up with demand, Hayes said.

But Hayes expects the declining water levels will be felt soon.

“It’s probably going to affect us in the coming months, because of it,” she said.

Jalen Kisner, general manager of the Boulder Boats dealership in Henderson, said a handful of his customers are moving on from boating because of the declining water levels, while others have grown more interested in spending time on the water south of Lake Mead.

But business is still going strong, even if demand has started to taper off a bit, he said.