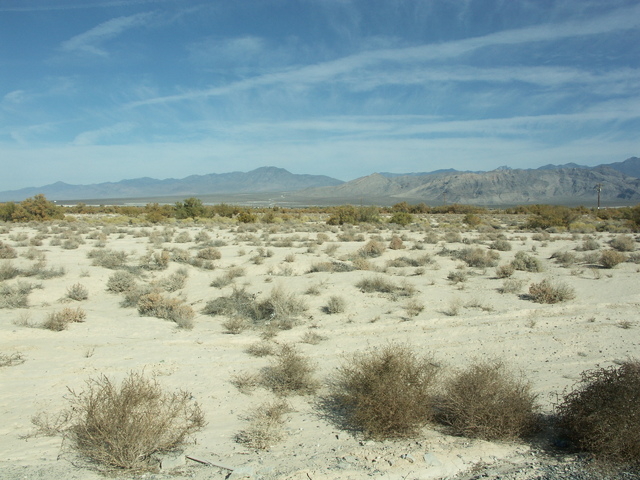 A land investment company wants the Pahrump Town Board to amend a land development agreement so a solar project can be developed on the land.

The agreement between Nye County and PV Land Investments, made more than eight years ago, is for parcels located on the south end of town in the area of Thousandaire Boulevard and Hafen Ranch Road.

Dan Scott is the manager of Desert Badger LLC, which owns the two parcels of land, is asking for the change.

Scott said the proposed project, at present, is encumbered by the development agreement between the county and PV Land Investments.

In a letter to Town Manager Susan Holecheck, Scott explained how the town board can assist in his endeavor.

Scott noted that though the agreement has been in place for more than 8 years, it has yet to be implemented.

Much of the property located within the development agreement’s footprint, Scott said, has previously been involved in transfer, foreclosure, or bankruptcy.

“I propose to put this land to good use by marketing it for the development of a solar project that will provide renewable generation, create jobs, and add more value to that area,” Scott said.

The town was involved in approving the original development agreement back in 2006.

Holecheck said at the time, plans were in the works for a large housing tract at the site.

“What usually happens when developers are planning a residential neighborhood, they agree ahead of time to do certain things for the community, like build a fire station, or provide land for a school,” Holecheck said. “The people who own the land, now have an opportunity to sell the land. It’s not for residential, but for the photovoltaic project.”

The town manager also said the company is just requesting the town board to sign an amendment to allow for the solar project to proceed.

“I can’t do that,” she said. “I obviously have no authority to sign it, but the town board has the authority.”

Holecheck also lamented the fact that residents in the area are losing out on what would have been huge benefit to the community, if the Pahrump Town Board continued to exist as its own governing body.

The board’s fiduciary duties will be handed over to the county come January after a court ruling this summer.

“It’s just a shame because the town was going to get a fire station and some more parks. It is kind of sad that we are losing out on those community amenities,” she said.

Instead of making a decision on the item Monday evening, Town Board Vice Chair Bill Dolan suggested the board table the issue until early next year when Nye County officials assume control of the town.

“Because the Regional Planning Commission meeting has been canceled this month, the soonest it could be brought back to the RPC would be the meeting in December, which is two days after our last meeting of this board,” Dolan said. “It would be my recommendation to this board to continue this until February of 2015, when the county commissioner will be dealing with that.”

Board member Dr. Tom Waters noted that though the town board will cease to exist in January, board members still have a voice on the issue.

Some at the board meeting had different thoughts on the development agreement.

Ezekiel Martin and his wife, Olga own three lots in the area, roughly 1,200 feet from the proposed site.

During public comment, Olga Martin told the board how she and many of her neighbors have concerns about the specter of a large solar array project in their quiet neighborhood.

“We’re not quite sure what’s going to happen and we would like some say in the matter,” she said. “Most of us are retired and our investment is in our homes. If there is a big development in front of us, our homes are going to lose their value. In listening to your discussion, we still don’t know what these people are going to do.”

Board Chair Harley Kulkin told Martin that the board at this point does not have any say in the matter,” Kulkin said. “If you have a problem with the development, when it does happen, you’ll want to go to the county and planning commission.”

Following further discussion, board members voted 3-2 to support amending the development agreement with the stipulation that developers work with neighborhood residents on appropriate and aesthetic uses of the land with the consideration for setbacks.

The matter will now go before the Regional Planning Commission and county commissioners.

Board Vice Chair Bill Dolan and colleague Amy Riches did not support the item.