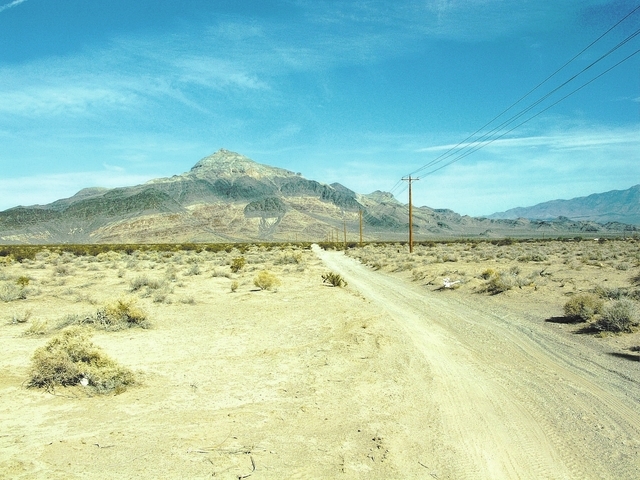 Supporters of the proposed Last Chance Park project are cheering the Pahrump Town Board’s decision Monday to move forward with the development.

Groundbreaking could take place sometime next year according to board member Bob Adams.

The board decided to revert back to the original site of 10 acres near Bannavitch Street and Bell Vista Avenue after an alternative locale was considered unsuitable.

The site, on the far northern end of the valley, is at the base of the Shadow Mountains and would include parking lots and trailheads for people and horses.

Board member Dr. Tom Waters said this week that the proposal is gaining more and more support from residents who live in the area, even those who were initially against the project.

“There were people who were totally against it because they were concerned about motorized vehicles,” Waters said. “Since we are going to put up signs that say ‘No Motorized Vehicles,’ they are now in favor of it. With the signage out there, people will know, and now they are in favor of it.”

Waters also said there is still much footwork to complete with the Bureau of Land Management before the heavy lifting begins.

“It’s with the BLM right now and if the town office can make it happen, then that’s what we’ll do,” Waters said. “It will eventually end up with the county taking the project over.”

Last Chance has been in the planning stages for almost a decade.

The site is a parcel of land at the 3700 block of North Stephanie St., confiscated by the sheriff’s office after a drug bust on the property.

A single dwelling on the land was discovered to house a lab for making crystal methamphetamine according to the sheriff’s office.

During previous discussions about the Stephanie Street property, Town Board Vice Chair Bill Dolan said the cost of mitigating any potential dangers associated with land where the meth lab was discovered would be enormous.

“It can be very costly to have a hazmat company come in and remediate that land. We’re talking tens of thousands of dollars, so it’s not cheap.” Dolan said.

Town Manager Susan Holecheck and Town board member Bob Adams along with Buildings and Grounds Supervisor Matt Luis are now working on a revised plan for the Bell Vista Avenue site.

“We’re submitting a plan for maintenance and operations and some of the costs associated with Last Chance Park,” Holecheck said. “We found out there were some additional costs with the Stephanie parcel. The BLM is saying they might move this to the front of the burner.”

Adams also serves as the liaison for the town’s Public Lands Advisory Board.

He noted that once the BLM caught wind of the town considering an alternative site, they all of a sudden became much more responsive to the Last Chance Park project.

“It was the fact that it had been so long since that application was submitted and it wasn’t going anywhere, that we began looking for an alternative site,” Adams said. “That’s when the Stephanie parcel came up. We’ve got something that was supposed to take six months and it’s taken seven years.”

Following further discussions, board members voted unanimously to move forward with the project.