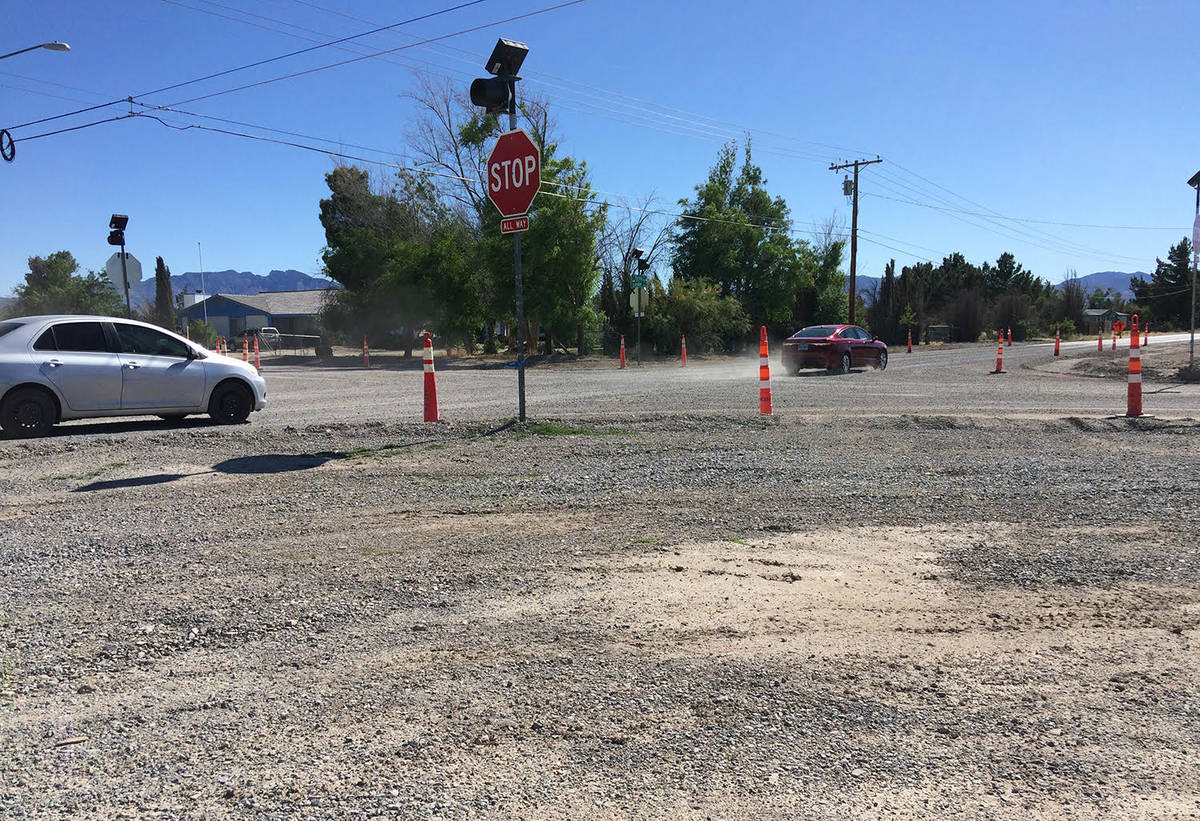 Robin Hebrock/Pahrump Valley Times This photo taken Monday, May 25 shows the intersection of Leslie Street and Basin Avenue. Paving of Leslie Street will begin tomorrow and is anticipated to wrap up by Friday, with permanent striping to follow within a few weeks.

“We are planning to start the Leslie paving project on Thursday and hopefully finish on Friday,” Nye County Public Works Director Tim Dahl told the Pahrump Valley Times on Monday, May 25. “Once the paving is complete, we will be putting our cones in the center of the road until the following week when we will replace them with reflective tabs on the center line. All this will be followed up with permanent striping.”

The repaving project encompasses roughly one mile of Leslie Road and the new surface will widen the roadway to 38 feet, with a layer of tack coat to be applied and 3.5 inches of paving to be laid. The preparation work for the project, including removal of the existing asphalt, was conducted by Nye County Public Works but the paving portion of the improvements will be handled by an outside contractor, Wulfenstein Construction Co.

The total cost for the paving contract, which was awarded in early April by the Nye County Commission, is $443,607.95.

The contract requires Leslie Street to remain open throughout the paving process but there will be some travel delays as construction crews navigate the paving in conjunction with traffic. Flaggers and other traffic control methods will be utilized and members of the public are asked to exercise caution when traveling through the work zone.

“We appreciate the public’s patience during the construction of Leslie Street,” Dahl concluded.