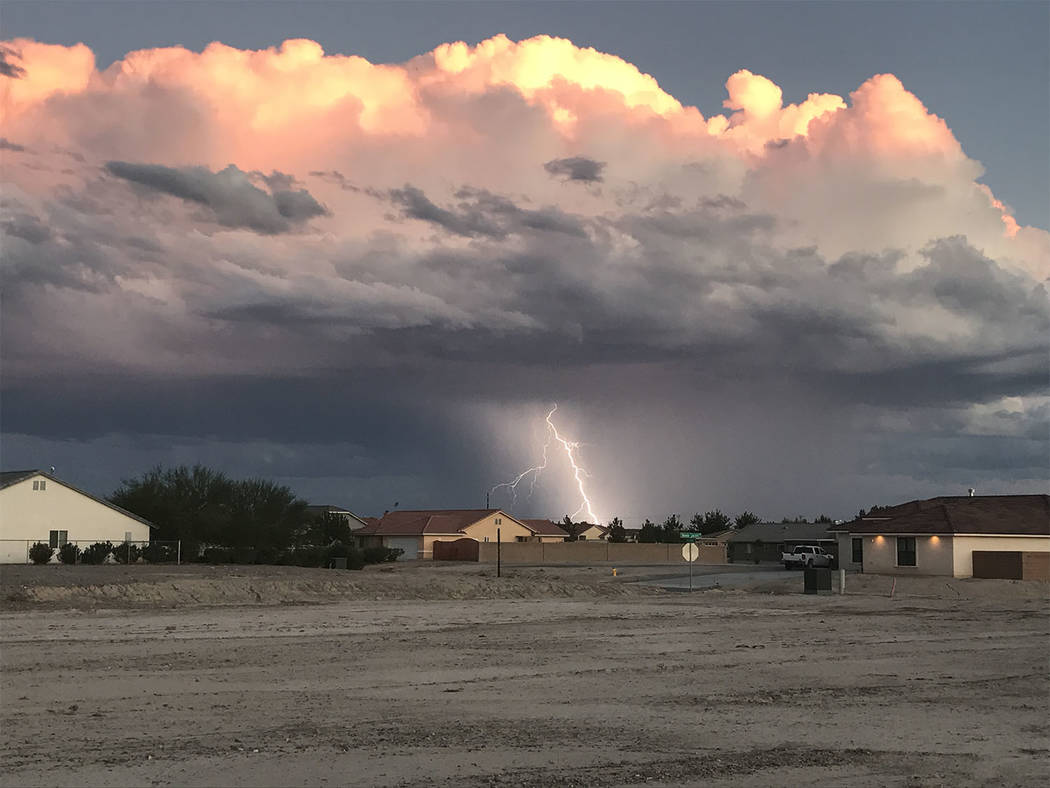 Heather Ruth/Pahrump Valley Times A look at lightning at sunset as seen in Pahrump on Wednesday evening in the Artesia area of town. 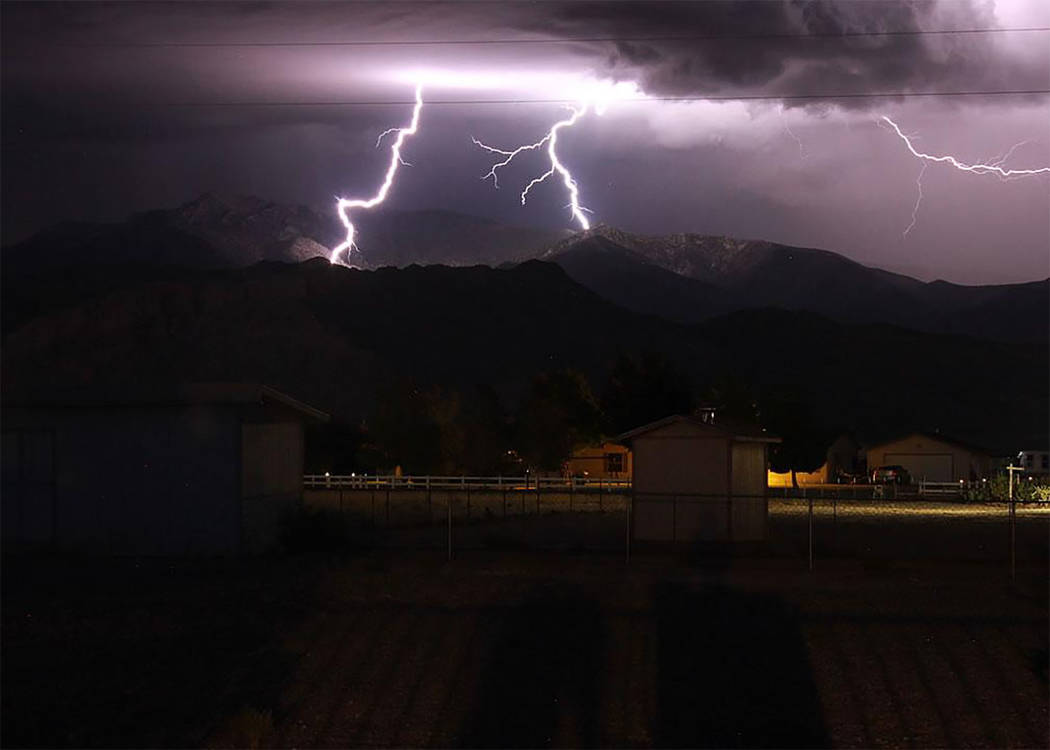 Josh Osborne/Special to the Pahrump Valley Times A look at the lightning display in the Pahrump area and toward Mount Charleston on Wednesday night. 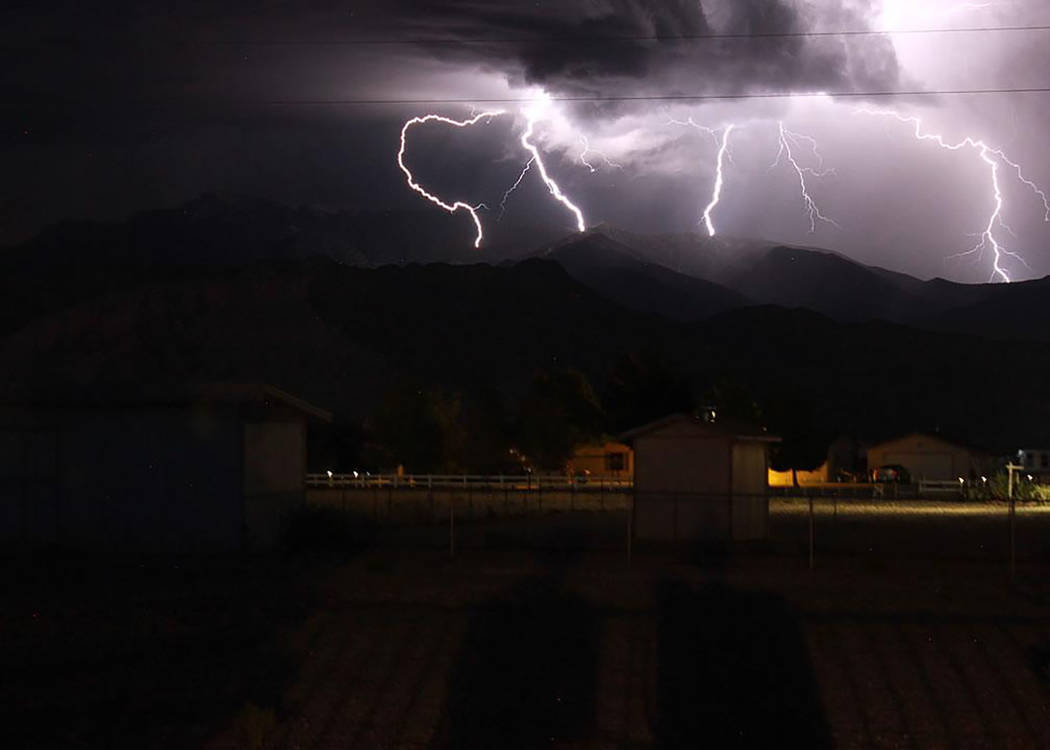 Josh Osborne/Special to the Pahrump Valley Times A look at the lightning display looking toward Mount Charleston on Wednesday night. This photo was taken from the Pahrump area as storms fired up between Las Vegas and Pahrump.

The nighttime skies were aglow in Pahrump on Wednesday night as summer storms moved through the region.

The National Weather Service didn’t have any watches or warnings out for the Pahrump area, though reports of wind, rain and a lot of lightning were reported during the fast-moving storm system that moved up the side of the Spring Mountains.

The Red Rock Canyon area, the closest area to Pahrump that the weather service tracked during the storm, measured about a quarter-inch of rainfall.

In Pahrump, a power outage was reported about 5 a.m. Thursday, but the cause was not immediately attributed to the storm.

The outage occurred about 5 a.m., this morning and lasted about an hour. In all, 2,454 meters were affected in southwest Pahrump, Valley Electric Association reported. The cause remained under investigation.

Chris Outler of the weather service in Las Vegas said the Red Rock area had wind gusts of 44 mph, with some areas of the west side of Las Vegas seeing gusts of 60 mph-plus.

There was no major damage reported to the weather service on the storm, though there was a report of a tree falling onto a car in Las Vegas, Outler said.

The Weather Service issued a severe thunderstorm warning for parts of the northwest and north valley of the Las Vegas area.

The storm there produced pea-sized hail and several cloud-to-ground lightning strikes, “which made for a very dangerous storm,” meteorologist Alex Boothe said.

Winds were clocked more than 60 mph and as high as 71 mph, he said.

Selwyn Harris of the Pahrump Valley Times and the Las Vegas Review-Journal staff contributed to this story.