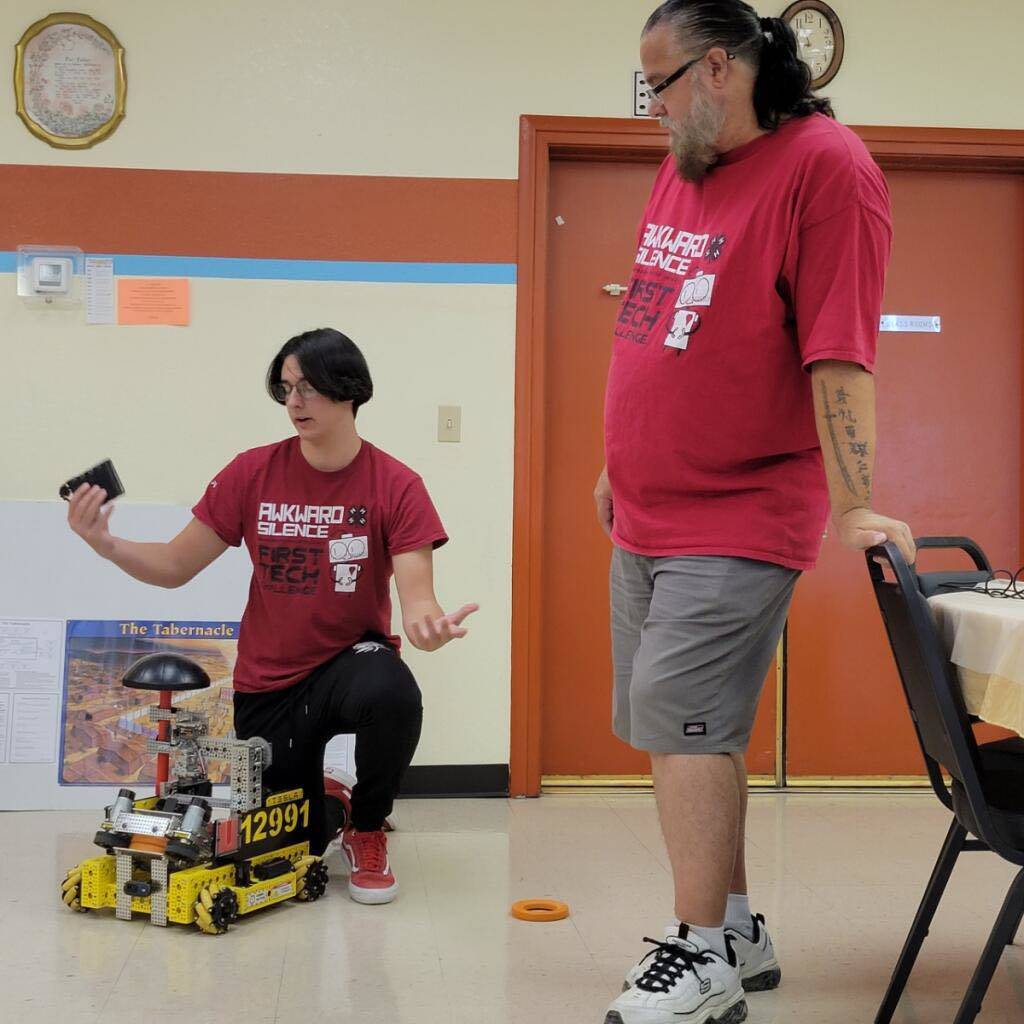 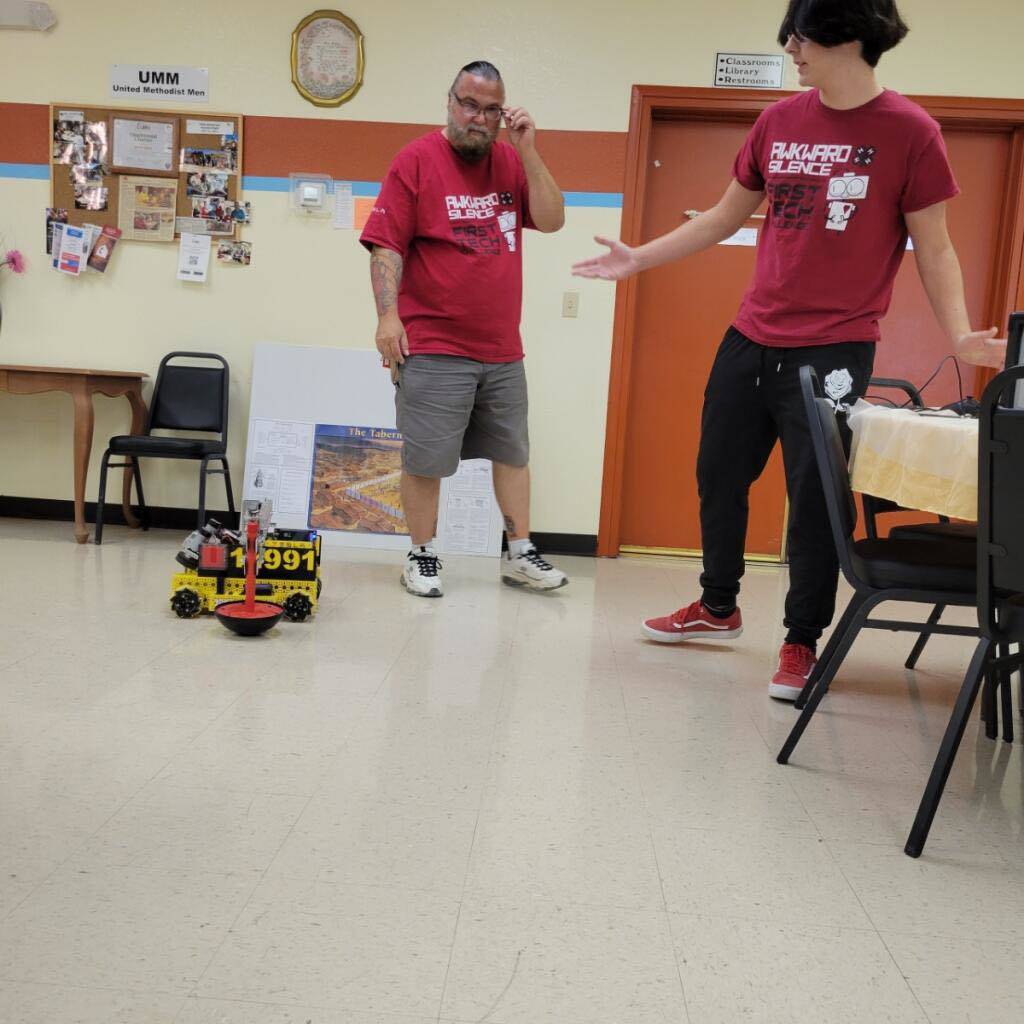 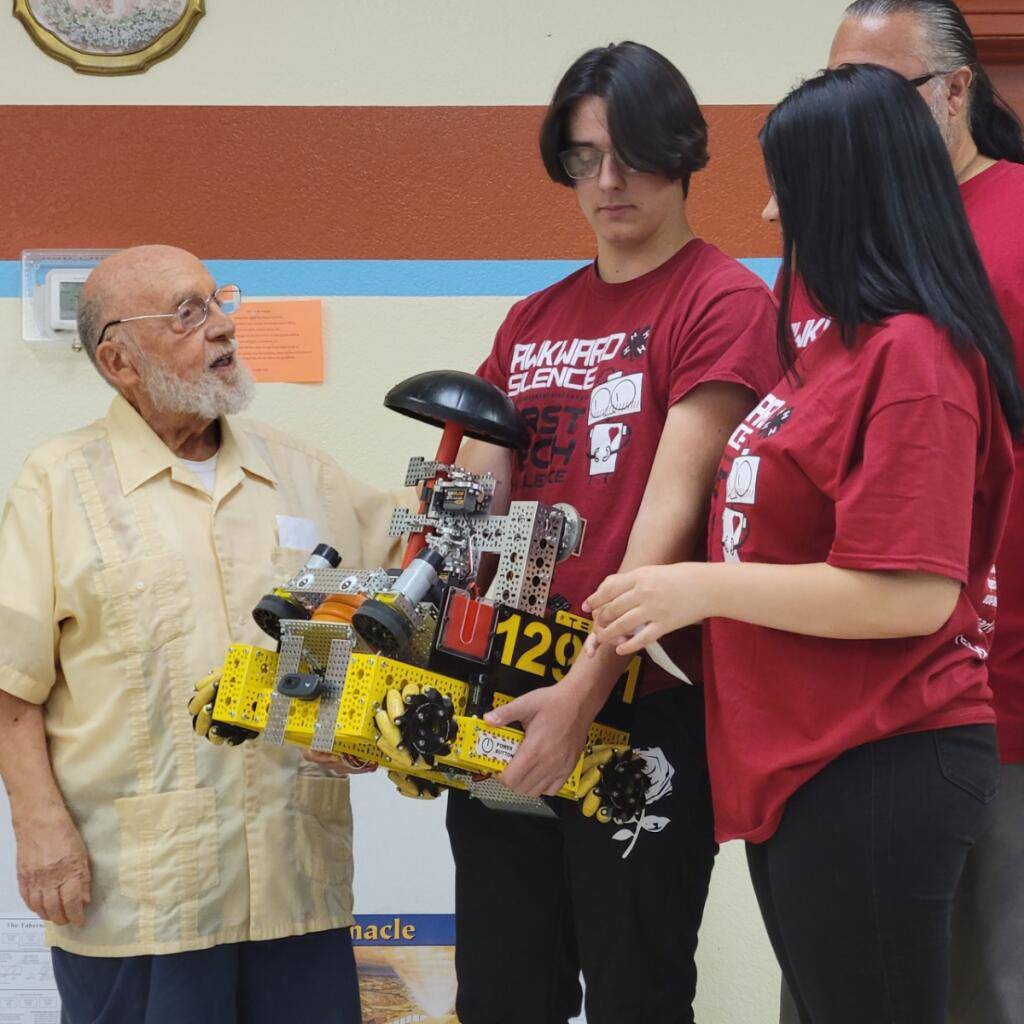 A local youth robotics team got an extra boost this month.

The presentation occurred at the Pahrump Valley United Methodist Church, as part of a meeting that included breakfast and a demonstration of one of the team’s robots.

Megan Riendeau and Travis Long-Schinhofen were the team members that went to the church to accept the donation. Coach Jason Riendeau was also at the check presentation.

This isn’t the first time the Methodist men’s group has supported a local robotics team.

The Methodist Church has also donated to the Pahrump Valley High School robotics team previously and thought it would be “wonderful” to help support the local 4-H team.

The local 4-H team was created five years ago.

Jason Riendeau, a coach of four years, stated, “When they were trying to pick out the team name, they just sat there not knowing what to name the team, and someone shouted out ‘awkward silence!’, and it sort of stuck.” Awkward Silence was the first Robotics team to form in Pahrump five years ago, followed by the Pahrump Valley High School.

There are an approximate total of 38 teams in Nevada registered, but only half of them will actually compete in the FIRST (For Inspiration and Recognition of Science and Technology) Tech Challenge.

The team’s competitions consist of games in which they need to score the most out of the other teams to win. They do not get to know what kind of game it is or the rules until September, the start of the season.

Awkward Silence won state this year but unfortunately, nationals got called off due to COVID. They only get about six weeks to assemble their robot, which costs about $1,100 in parts.

The robot, who is named Awkward B, weighs about 20-30 pounds and is about 18×18 inches. The team meets twice a week for two hours to work on their robot.

Students who are involved with the robotics team have a chance to get a S.T.E.A.M. scholarship, (stands for science, technology, engineering, arts, mathematics).

There will be a showing of the team on PBS Stem Camp on July 16 at 9 a.m. where they will talk about their team and competitions.

Awkward Silence is currently recruiting for the 2021-22 season. People can go down to the 4-H building on Tuesdays from 3-5 p.m. After school starts, the team may go back to two days a week and the second day would be on Thursdays 3-5 p.m.

People can visit https://bit.ly/3xLlCVo that shows videos of their robots and the matches that they have to go through.

People can also visit the team’s Facebook page at https://bit.ly/36L2KtL