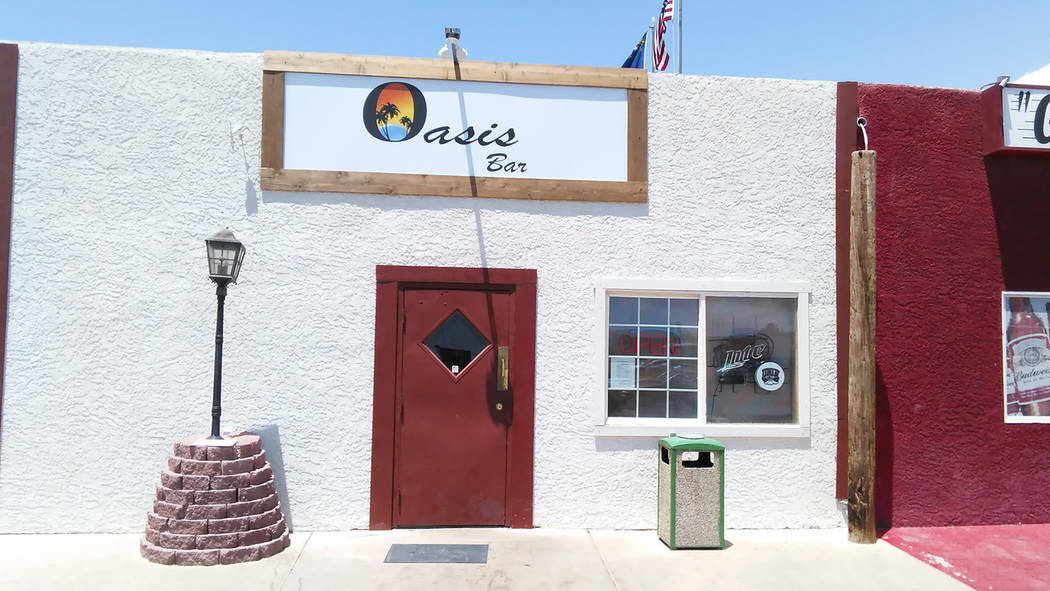 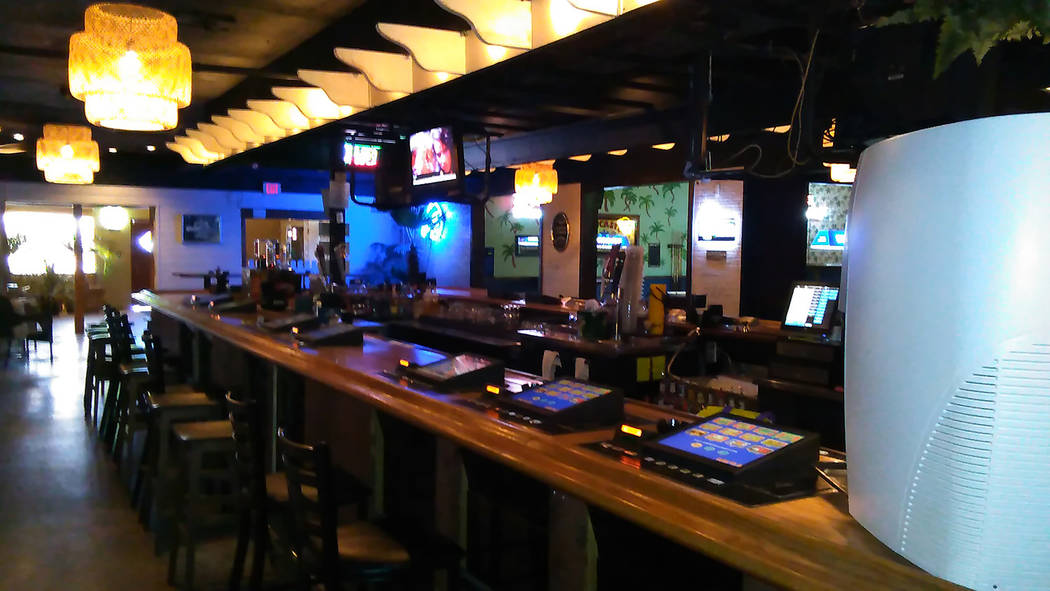 Selwyn Harris/Pahrump Valley Times Oasis Bar owner Russ Rodgers is hosting a beach party on July 8, with drink specials and giveaways. After 10 years in business, Rodger recently re-branded the business’ theme from an Irish Pub to an Oasis in the desert. 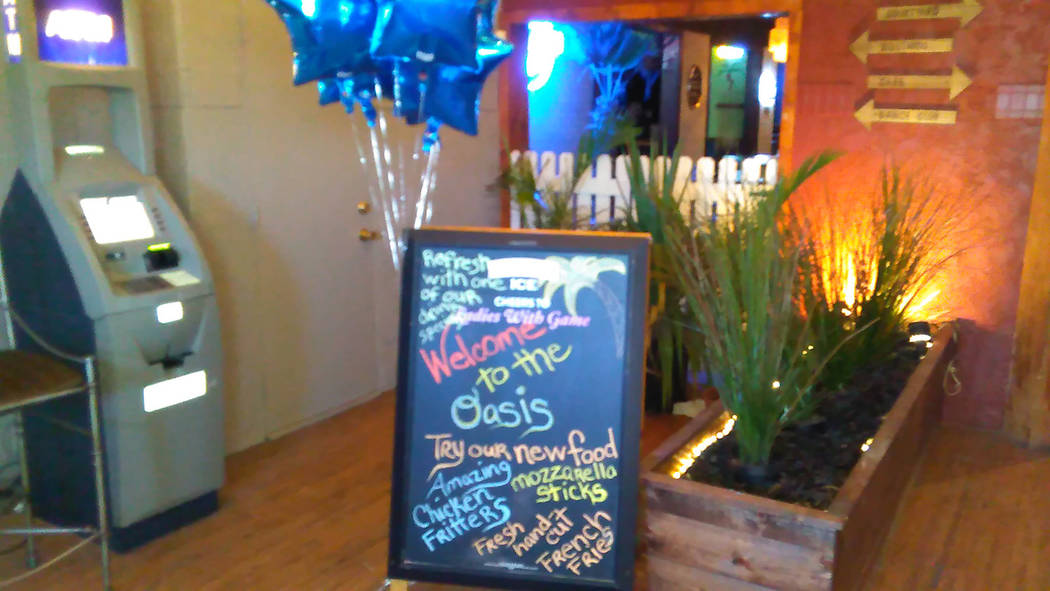 A longtime popular pub has undergone a “rebranding.”

Owner Russ Rodgers said it was time to change the business’ motif after more than 10 years in the valley.

“It used to be known as Sullivan’s Pub and at that point, we rebranded it and kept it an Irish pub,” he said. “We then changed the name to Paddy’s Irish Pub, and we kept it that way for 10 years. It has always been a family endeavor. It was my father and mother as well as me.”

For the rebranding, Rodgers said he was forced to shut down the business for several days as work crews redesigned the interior.

He noted that Oasis Bar was not the first choice for the rebranding.

“They had a lot to do,” he said. “They came in and refinished and we reopened as Pat’s Courtyard Bar, but I thought that was a little too vanilla. What do you do in a courtyard but lay down and rest? We are a little livelier than that.”

“We have a new video/audio system called “Orange Door,” which is a free video jukebox,” he said. “There are fifty thousand different songs on it. If you have the Orange Door app on your phone, and you want to hear Elvis Presley sing Heartbreak Hotel, you go on to the app, choose it and it communicates with our system and it will play that song next.

“In essence, there is really no need for a jukebox,” Rodgers said. “While you are sitting here playing games and if you don’t like the song, you can put your song request in and it will come up. Our audio system is hooked into all of our televisions.”

Along with the DJ, Rodgers decided to install a dance floor at Oasis.

“I think we have the nicest dance floor in town,” he said. “We did put up some rails to separate it and it seems to really be doing well. We also have new pool tables that just got refelted, so they are the best pool tables in town by a long shot. All of our machines are brand new, so we have updated new gaming here.”

Rodgers also spoke about the new kitchen and exclusive menu items at Oasis.

“We call it Six Slamming Sandwiches and I have not heard one complaint,” he said. “Believe me, we are in a town where people love to voice their opinion about what they don’t like. These sandwiches were designed by Vic Vegas, who is a huge restaurateur in Las Vegas. He came out and designed these sandwiches and they are just delicious. We also have chicken fritters, fresh hand-cut fries and mozzarella sticks so we are doing more finger foods for people who are out late at night and want something to munch on. The kitchen is typically open from six to 10 p.m., and it stays open late on weekends.”

Though he hosted a soft grand opening recently, Rodgers plans to hold an early summer event next month.

“We are having a huge beach party on July 8th,” he said. “We will have drink specials and giveaways, so it’s going to be a lot of fun. We also have a back porch that we are going to be updating very soon. We are constantly trying to stay on the edge, and that is what’s kept us open and lively for 10 years in this market.”

Rodgers noted that the average life span of a pub or night club is just a few years, which is why he decided to undertake the rebranding effort.

“People are always wanting something new,” he said. “You also have different demographics. Some people are in a living life in a partying mode, while others are settling down. There’s always a new crop of people who want something different. We have taken the next step and we have rebranded ourselves and completely changed the look and the feel of this establishment. We still play some Irish music, but we also do mostly top 40, classic rock, and country music. We are excited about this new endeavor.”

Oasis is open at noon from Sundays through Wednesdays until about 2 a.m., Rodgers said.

On Thursdays, Fridays and Saturdays, Oasis will stay open as late as 4 a.m.