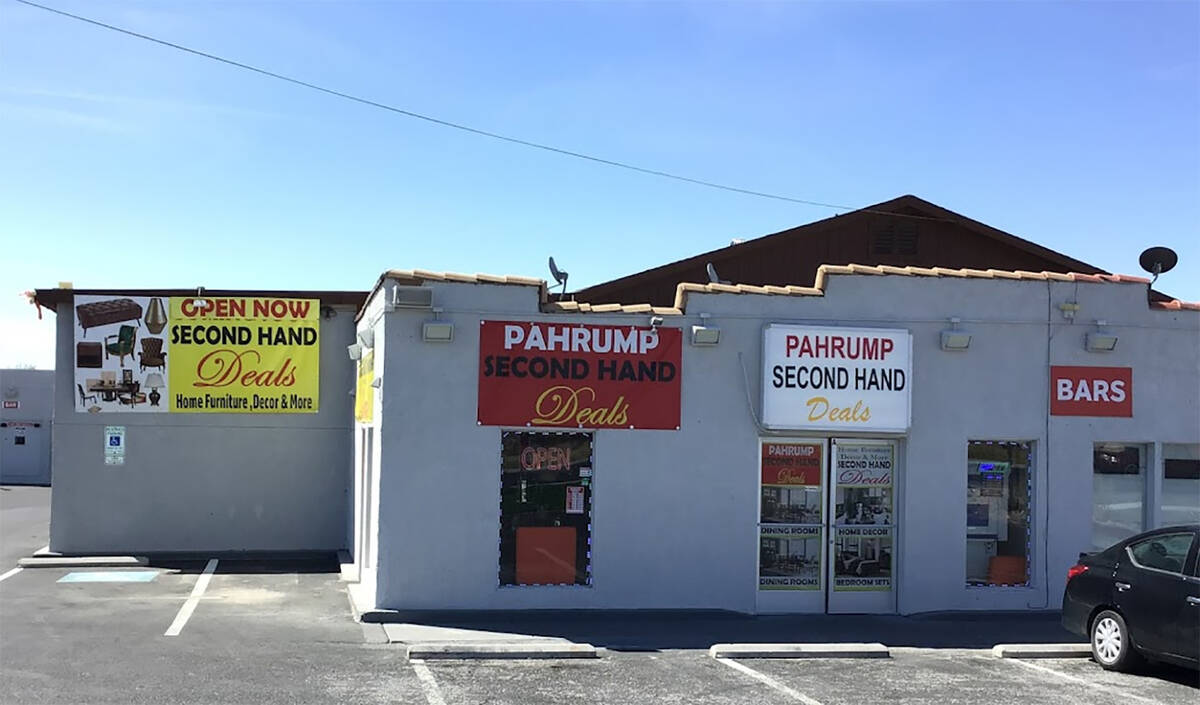 Selwyn Harris/Pahrump Valley Times After purchasing a piece of furniture, but later changing her mind, local resident Virginia Moody said the proprietor of Pahrump Second-Hand Deals refused to refund the $550 purchase and also kept the furniture.

A Pahrump woman is condemning the alleged actions of a local shop who she said refused to refund her money after purchasing a $550 recliner this year.

Virginia Moody said she made the purchase with her credit card at Pahrump Second-Hand Deals, located at 1481 Highway 372 on May 15 last year but later decided to cancel her order on May 17.

“They wrote me a canceled purchase receipt, but the charges were never removed even after the store agreed to cancel the order,” Moody wrote in a Nye County Sheriff’s Office fraud report. “The store claimed to the credit card company that the chair was delivered to me, but that is false. Six months into this situation, I have never had any money returned and never had the recliner chair from Pahrump Second-Hand Deals delivered.”

Moody’s fraud report went on to state that when she attempted to make sure everything was OK, on May 24, she was “thrown out of the store.”

Aside from initially contacting the sheriff’s office about the matter, Moody contacted the Better Business Bureau of Southern Nevada and subsequently filed a complaint.

Looking into the matter

“We are here to support and help both consumers and businesses,” Castro’s response stated in part. “We received your complaint on Jan. 15, 2021. It was reviewed by one of our specialists and has been forwarded to the business for their response. Please notify us immediately if the business resolves your complaint.”

Further, the BBB made several attempts to contact the business owner Gabriela Flores regarding the dispute but did not receive a reply.

Additionally, the Nevada Consumer Affairs, (NCA), Department of Business and Industry conducted its own investigation which led to the discovery that Pahrump’s Second-Hand Deals was found to be conducting business “without the appropriate state, county or city license required in Nevada”, as stated in a July 19, 2021 letter to Moody.

Flores has since disputed the claim.

“For your information, Pahrump Second-Hand Deals failed to deliver the consumer a $550 chair and does not appear to be cooperative,” according to a letter from the Nevada Consumer Affairs Office. “The business has avoided the Nye County Sheriff’s Office, Consumer Affairs and the Better Business Bureau.”

The Pahrump Valley Times also attempted to contact Flores by way of two phone numbers, which were both out of service.

However, Flores, who took over the business in January of this year, did respond to a Pahrump Valley Times email regarding the dispute, by briefly stating there is a big “All Sales are Final,” sign at the checkout stand.

“I took over the store in January 2021, and I have all licenses up to date,” she said. “That should answer all of your questions.”

Moody, meanwhile, said the business changed ownership roughly two years ago shortly after she made the $550 purchase.

“They are not losing anything, so why don’t they just give me back my money because they still have the recliner?” Moody questioned. “Why go through all of this scrutiny for money they never really had. Some people do some very ignorant things.”