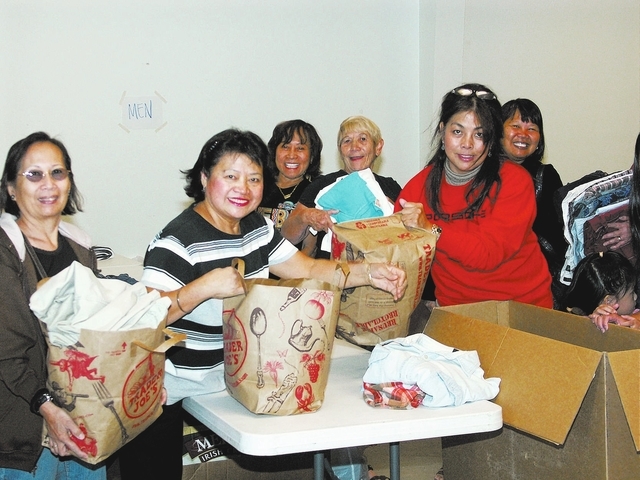 Talk radio legend Art Bell’s time has been intensely focused on the other side of the world in recent days.

The longtime Pahrump resident is still trying to get any kind of accurate information on rescue and recovery efforts in the Philippines, a place he called home for a while.

Roughly two weeks ago, Typhoon Haiyan delivered death and destruction to the island nation of more than 90 million.

Just days after the storm swept through, Bell said he was shocked and equally saddened by the images coming out of the region.

“It’s horrible. Just absolutely horrible. It sliced right through the Visayas which is the middle Philippines and it went across a lot of islands. The concentration right now is Tacloban because they got hit hard and it’s a big city with a population of about 250,000. What’s being missed is the fact that all kinds of other areas haven’t even been surveyed yet. Nobody has even gotten to them yet and they don’t even know what has happened there,” he said.

This week, medical teams, aid workers and soldiers continue to board flights to Tacloban City, as supplies slowly trickle into the area roughly a week after Haiyan swept through the region causing massive widespread destruction.

Locally, an effort is being made by Pahrump’s Filippino community to provide additional assistance to the region.

Local businesswoman Fely Quitevis is a native of the Philippines.

Quitevis said she was devastated about the destruction and loss of life in the storm’s aftermath.

Fighting back tears, the longtime Pahrump resident said she last visited her birthplace in April and she can no longer watch television news accounts covering the tragedy because of the scores of texts and emails she receives each day from survivors. It’s too overwhelming.

She left Manila bound for the United States 29 years ago but she said she still has many friends and relatives in the country.

“I have a friend in Los Angeles who lost everybody. They were able to discover the three bodies of his children but his wife and his three other kids are nowhere to be found. I lived in Manila but I have been to Tacloban many times because my uncle married a lady from there,” she said.

Quitevis, who had been in touch with family and friends days prior to the storm’s landfall, said the warnings issued by the Philippine government gave her reason to believe the ensuing damage would be unlike anyone has ever witnessed there before.

Quitevis is organizing a drive to assist those who have been affected by the storm.

She said she is hoping the local community will reach out and provide some kind of assistance to the victims.

“We need mostly non-perishable food items like cereals, canned goods and clothing. We would also like to get shoes, diapers, toothpaste and simple medicines that you can buy at the store. People may also donate cash if they choose,” she urged.

Items can be dropped off at her Precious Properties real estate office at 1731 S. Highway 160.

Quitevis is not alone in her altruistic gesture.

On Monday, volunteers and parishioners at Our Lady of the Valley Catholic Church were busy gathering and packing supplies bound for the Philippines.

Father Henry Salditos, who moved to Nevada from the island nation nine years ago, said he felt compelled to do something for families whose lives have been upended by the storm.

“We are collecting clothing mostly for women, children and men. When things like this happen we have to pull together and help those who have been directly affected. I was born in the Philippines and every summer after Holy Week, I vacation in the Philippines,” he said.

Salditos also said he still has family in the region and he’s thankful that the storm spared their lives.

“My brother and sister are okay. Their island was not directly hit by the typhoon,” he said.

The Philippine government on Tuesday said 3,982 deaths have been confirmed and at least 1,602 people are still missing.

Bell, meanwhile, said he believes that the social dialogue in the wake of the catastrophe will almost certainly focus on weather patterns created by what is known as “climate change.”

“This is very controversial but I believe we are going to see more and more of this sort of thing. The people of Southeast Asia and the Pacific Island region know this better than we do because they are actually watching the ocean come up in level. They are watching the storms get fiercer. If you live inland the way we do, you don’t notice it but if you live on the coast, you sure will,” he said.

Haiyan sent winds careening to 195 miles per hour and gusts up to 235 mph.

No hurricane in the Atlantic has ever equaled its strength. The storm was more than 300 miles wide with a width roughly equal to the distance between Pahrump and San Diego, Calif.

Haiyan is the fourth typhoon to hit the Philippines this year.