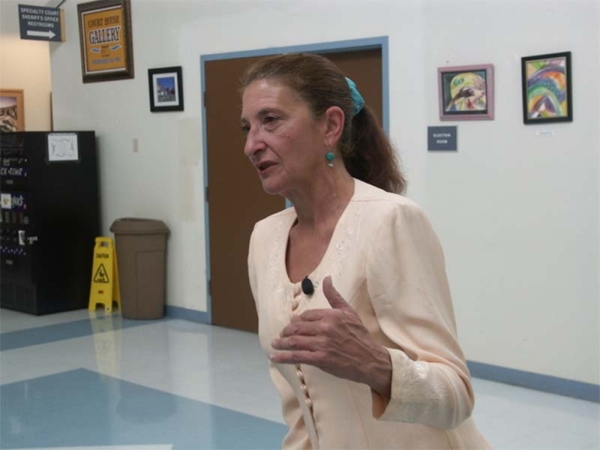 Attorney Nancy Lord is free on a bond after the judge set bail at $1,000 for each of the 50 counts she faces in her upcoming trial.

Lord was taken into custody Jan. 9 on a no-hold warrant after she failed to appear at a bench trial hearing on Jan. 7 for allegedly violating ordinances relating to the number of animals allowed on their property.

Prosecutors said Lord, on numerous occasions, exceeded the limits of what Nye County code allows as far as how many dogs one can keep on their property.

During Lord’s bond hearing, her attorney Tom Gibson argued for the court to grant his client an opportunity to bond out of jail until her next bench trial Feb. 16, at 9 a.m.

“She missed the last court date as an oversight,” Gibson said. “She’s also been late on occasions in the past, but she never had missed a court date in this matter.”

Gibson also decried the amount of his client’s bail, while noting it was “excessive and uncalled for.”

“She is not a criminal and the acts that she is accused of are having dogs running at large, which I don’t consider a world-class crime,” Gibson said. “In my opinion, the bail was way higher than it should have been, but of course, that is the judge’s discretion.”

Additionally, Gibson noted his client has held up well, in spite of her week-long ordeal behind bars.

He indicated a possible plea deal may be in the works.

“Actually, I was surprised at how well she held up because it’s the first time that she’s ever been in jail before,” he said. “I’m sure it was a real culture shock to her, but on the other hand, she’s a tough nut and she’s very bright, so she made the best of it. I did speak with District Attorney Angela Bello and she is open to trying to negotiate this short of trial.”

The back and forth between Lord and county officials goes back several years.

In July 2013, Lord filed a complaint in District Court against Nye County Animal Control seeking either a restraining order against animal control for removing the animals from her property, or pay expenses to cover her move, in order to remedy the situation created by the ordinance.

He noted Lord has other animal-related issues she needs to address at her property.

“We have also leveled various allegations involving failure to get her dogs licensed, provide humane conditions for them and rabies vaccinations,” he said. “Her case covers a large gamut of animal code violations and there are numerous allegations from witnesses that her dogs were in fact running at large on several different occasions in that neighborhood.”