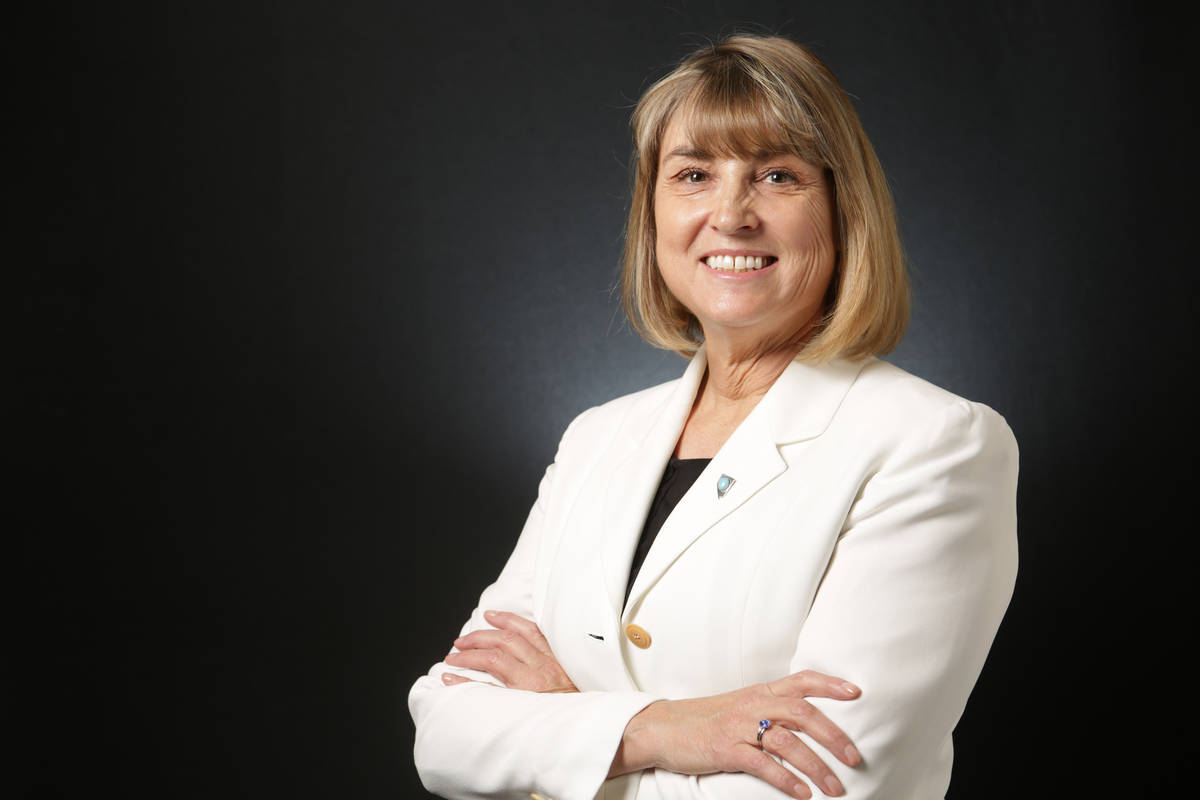 Michael Quine/Las Vegas Review-Journal Elected in 2019, Nevada Lt. Governor Kate Marshall plans to resign her post after accepting a position to serve as the senior adviser to governors in the Office of Intergovernmental Affairs under the Biden-Harris administration later this fall.

Nevada Lt. Governor Kate Marshall recently announced that she will resign her position to serve as senior adviser to governors in the Office of Intergovernmental Affairs.

The position will allow Marshall to engage state, local, and tribal governments, in addition to elected officials across Puerto Rico and island communities to address the most pressing issues impacting the country and communities.

She will carry out her duties serving as Lt. governor until transitioning into her new position later this fall, according to her office.

Contained within her Facebook site, Marshall posted that she is honored to be called upon to serve in the Biden-Harris administration.

“I have during my time in elected office worked to ensure that the American dream can be reached by all who seek it in Nevada and our country,” she said. “While I look forward to transitioning to the White House in the late fall, I will continue to serve in my current role as lieutenant governor until that time comes.”

Positions over the years

Marshall, who was sworn in as Nevada’s 35th lieutenant governor on Jan. 7, 2019, grew up in working-class neighborhoods in San Francisco as the eldest of six children. She worked throughout high school and college, earning a bachelor’s degree and law degree at the University of California Berkeley, with the help of scholarships, Pell Grants, and student loans, according to her bio.

After serving for a time at the U.S. Department of Justice, Marshall was recruited by then Attorney General Frankie Sue Del Papa to come to Nevada to set up a state antitrust office as senior deputy attorney general, her bio stated.

Additionally, Marshall was elected Nevada’s state treasurer in 2006, and she was re-elected in 2010.

“While I am sad to see Nevada’s Lt. Governor Kate Marshall leave Nevada, I will forever remain grateful for her service and her steadfast leadership to the Silver State,” Sisolak stated. “Kate has had an indelible impact on our great state. From expanding access to college savings plans for Nevada’s hard working-families during her service as state treasurer to her leadership as our state’s lieutenant. governor, Kate has always been a fighter for the people of Nevada. There is no doubt Nevada will benefit from having a leader in Washington D.C., who will continue to have the best interest in mind for the over 3 million people that call this state their home. On behalf of the great state of Nevada, we thank Lt. Governor Kate Marshall for her service and we wish her nothing but the best in all of her new endeavors.”

As stated in a bittersweet farewell message on her social media site, Marshall thanked several of her staff members and Sisolak for their respective service to Silver State residents.

“I remain upbeat about the future of Nevada because of the work Governor Sisolak and the Legislature have done to bring Nevada to this moment of opportunity,” she said in part. “An elected official is a public servant who is only as good as the people she works with. Most of all, I thank Nevadans, south, and north, rural and urban, for putting their trust in me as one of their elected servants. Nevada will remain my home. Though I will soon head to our nation’s capital to serve this administration, I shall always be a westerner. Home means Nevada to me.”

Kate and her husband Elliott Parker, reside in Reno where she also serves as a board member of the United Way of Northern Nevada, while Parker is an economics professor at the University of Nevada, Reno.