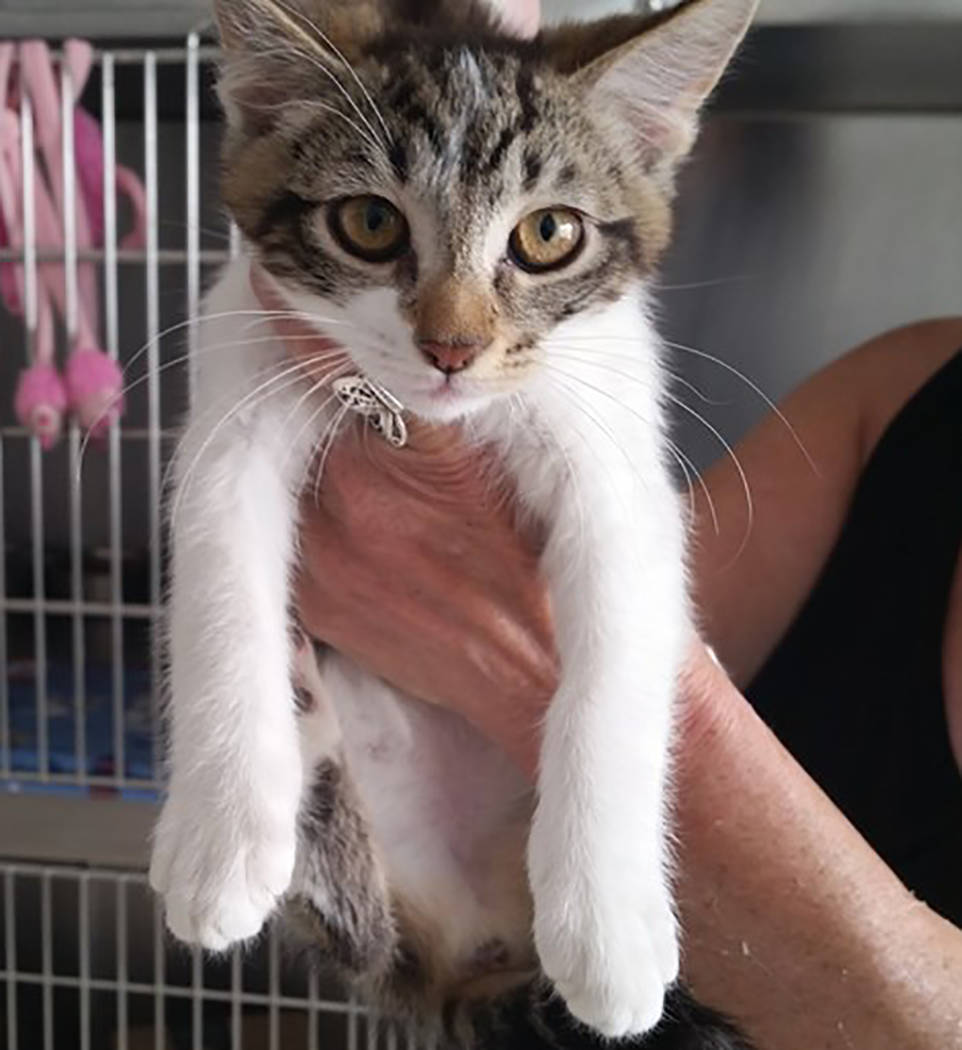 Special to the Pahrump Valley Times This female kitten named Fiona is looking for a good home and is now available for adoption at Desert Haven Animal Society. 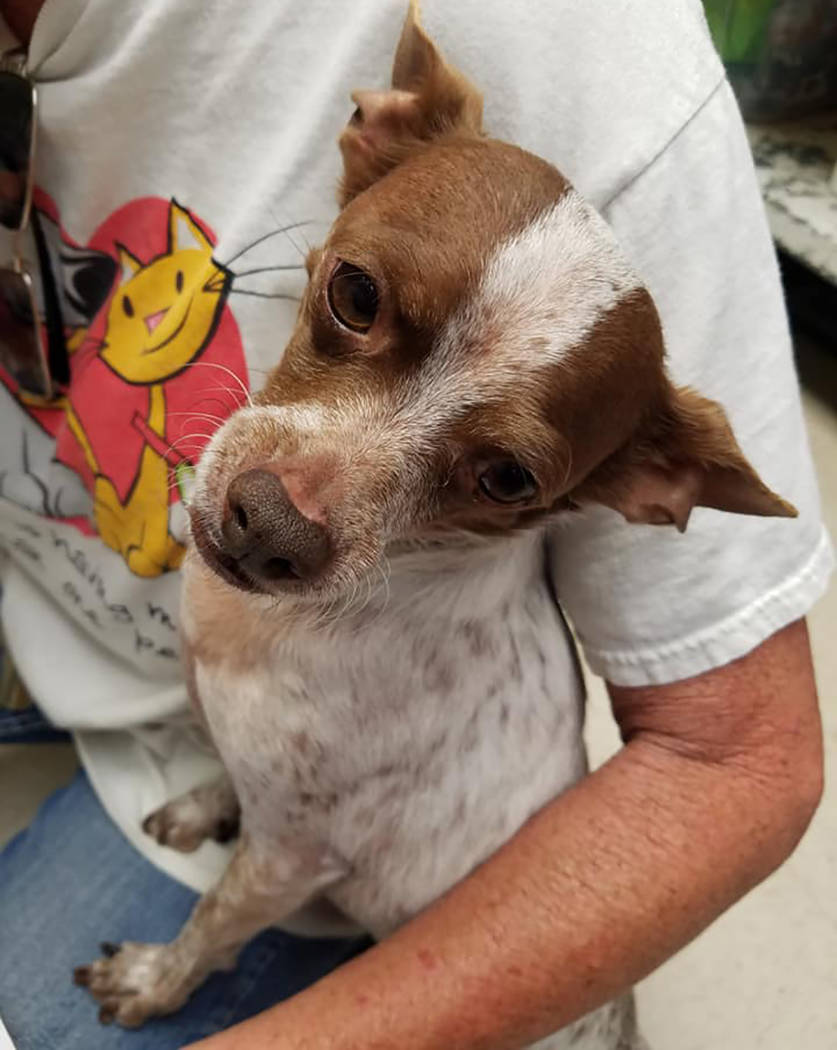 Special to the Pahrump Valley Times Pepper the dog has been at Desert Haven Animal Society since January when his owner passed away. He is nervous of new people and needs someone with patience who will let him get to know them before taking him to his forever home.

Desert Haven Animal Society made its monthly report to the Nye County Commission this week and in addition to the financial figures and intake records, the organization announced some major changes in its leadership.

New Desert Haven board of directors member Leah Aldridge took the lead on introducing her fellow board members and detailing the changes that have taken place.

“We’ve got some new board members. I guess most of you know Ellen Arntz resigned, and also Tina Trenner has resigned,” Aldridge informed the commission. “We have new board members, we have Yvonne Smith, who has experience going back to 1989, she’s worked under three or four sheriffs, I believe. She has come in as an interim manager and has just turned the place upside-down.”

Smith set up a room to perform in-house low-cost spay or neuters, Leah said, and the organization is currently searching for a veterinarian to come in and use the room for free to provide their services.

Suto stated that she is a disabled veteran with decades of experience working with animals. “I am a retired animal control officer and animal cruelty investigator,” Suto detailed. “I have experience not only in animals and animal cruelty, we did adoptions, we did public outreach, we did TNR which is trap and return for feral cats that cannot be adopted into a family environment, and many other types of experience in the animal industry.”

Board of directors member Jane Carbone outlined some of the other developments since the previous month’s report as well, telling commissioners, “Some of the changes that we have, we started the inmate program. It has really been great. They have helped us clean up the yard, they are learning to do all kinds of stuff. They’ve mowed the lawn, picked up trash, helped us sort things out and now they are learning to clean the dog runs properly.”

Recent donations have also helped boost the organization, with Aldridge noting, “Just this past Saturday we had a supply drive at Walmart.” She added thanks to Walmart and Purina for their assistance with that.

Nye County Commissioner Leo Blundo said he was very happy to see that the community has stepped up, remarking that it was apparent to him that whatever changes Desert Haven was instituting were supported by the public.

Desert Haven Animal Society is one of five total organizations that attended the mandatory pre-bid meeting regarding the upcoming contract opportunity and it will be bidding on that new contract in the coming weeks.

Commissioner Donna Cox then turned to the rumors circulating social media that Desert Haven is considering a name change, a rumor that shelter operators confirmed. Aldridge stated that the board of directors had voted to pursue a name change and the organization was currently in the process of filing the necessary paperwork, which would take time.

“So it’s not going to change for a while,” Aldridge added, noting that the name would eventually be switched to Pahrump Animal Support Society.

“I think that’s to everybody’s advantage, to start fresh,” Cox replied, later remarking, “And I am really happy with the backgrounds and credentials of the new people you’ve chosen, I think that’s wonderful.”