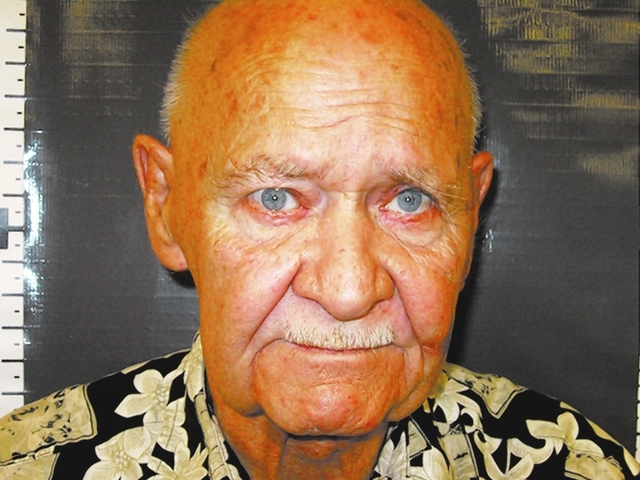 Police arrested an 80-year-old Las Vegas man over the weekend after he allegedly attempted to sell fraudulent magazine ads to several local businesses.

Thurman Andrews was taken into custody on three counts each of obtaining money under false pretenses, petit larceny and burglary after Nye County Sheriff’s deputies were called Saturday afternoon to a local business for a report of a suspicious man attempting to sell advertising space for a publication at which he no longer worked.

According to police, Andrews entered the business around 3:30 p.m. identifying himself as a salesman for an out-of-state magazine and asking if they would like to purchase advertising space in the publication.

After the business owner became suspicious, they called the publisher of the magazine and were informed Andrews had been fired nearly eight months ago.

Andrews left the store before police arrived, but deputies soon after made contact with the suspect inside a white van stopped near the intersection of Irene Street and State Route 160.

As police spoke to Andrews, they allegedly found out he had at one time in fact been employed with the company he claimed to be selling advertising for, but was no longer employed there.

It was further discovered that Thurman allegedly approached at least two other local businesses in Pahrump, each time claiming to be a current salesman for the magazine and fraudulently accepting orders for advertisements and payments from those businesses.

During a search of the van, police reportedly found two checks made out to Andrews from the other businesses, one in the amount of $342 and the other for $277. Each was accompanied by an advertising agreement between the businesses and the magazine.

When a deputy called the publisher Andrews claimed to work for, the company reportedly stated Andrews has no authority to sell any advertisement space in their publication. The publisher also informed the deputy the company has received numerous complaints from businesses in Las Vegas that have purchased ad space from Andrews that have not appeared in the company’s magazine as well.

Andrews allegedly admitted he had fraudulently accepted the money and had no intention of turning the advertisement orders and payments over to the publisher. According to police he said he had already used portions of the money he had accepted for the orders for his own gain.

Detectives asked that anyone with information pertaining to this case contact the Nye County Sheriff’s Office at 775-751-7000, reference case# 13NY-2905.