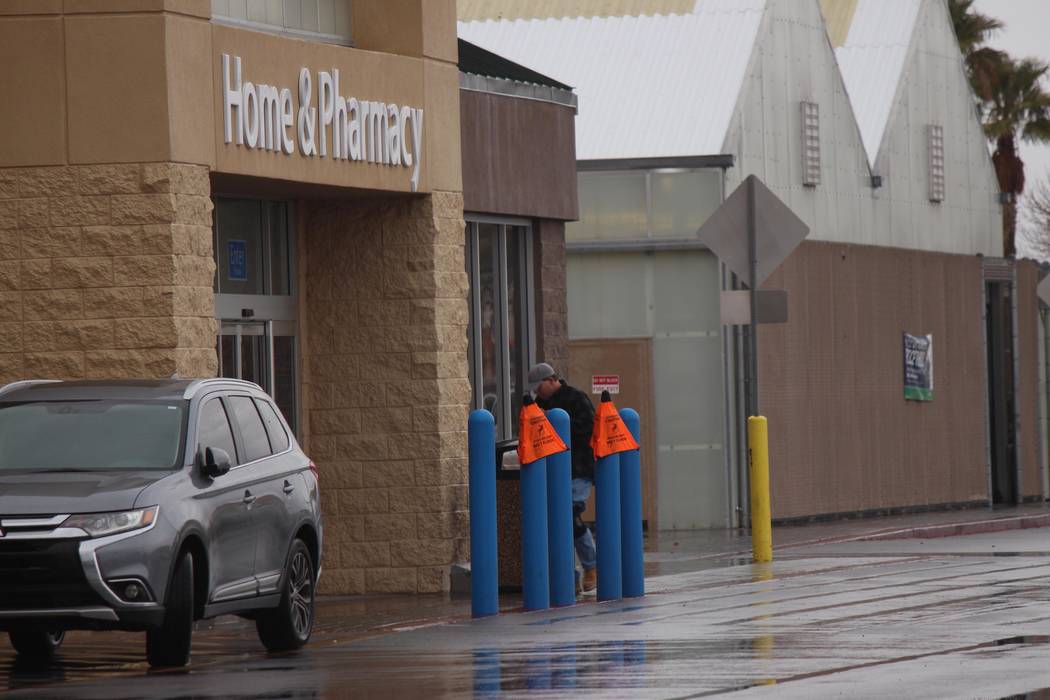 Jeffrey Meehan/Pahrump Valley Times file The accidental shooting occurred on Tuesday, Feb 13, at Walmart on South Highway 160 just after 6 p.m. The victim has not been identified. 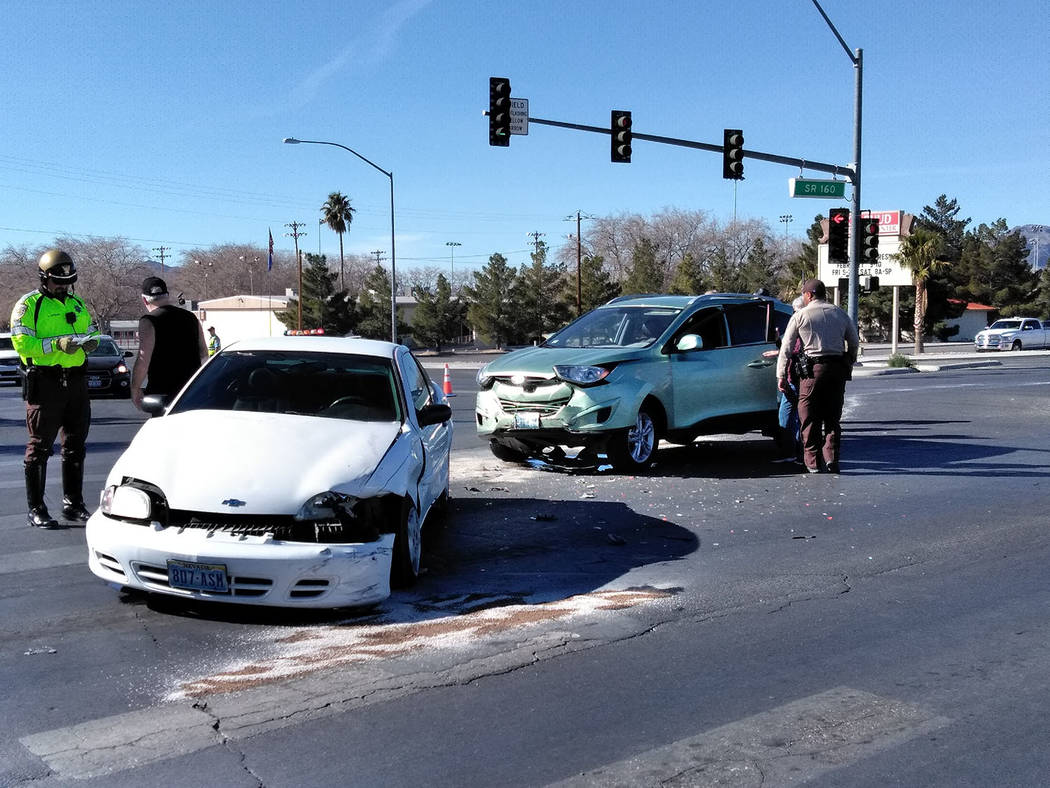 Special to the Pahrump Valley Times Though no serious injuries were reported, one person was transported to Desert View Hospital after a two-vehicle crash at Highway 160 and Basin Avenue on Thursday, Feb. 8, just after 3 p.m. Nevada Highway Patrol Troopers assisted sheriff's deputies and fire crews at the scene. 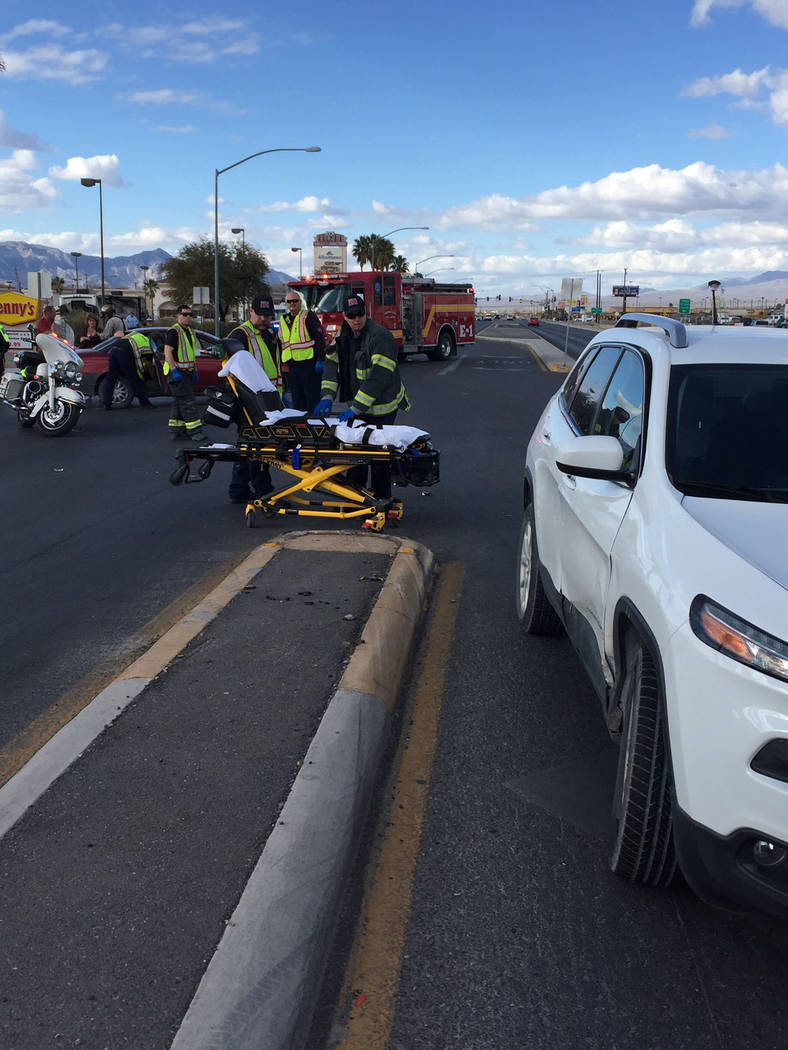 Special to the Pahrump Valley Times Pahrump fire crews prepare to transport a patient following a two-car crash along Highway 160, just south of Basin Avenue on Tuesday Feb 13. Southbound traffic along Highway 160 was diverted until crews were able to clear the scene, just after 3 p.m. 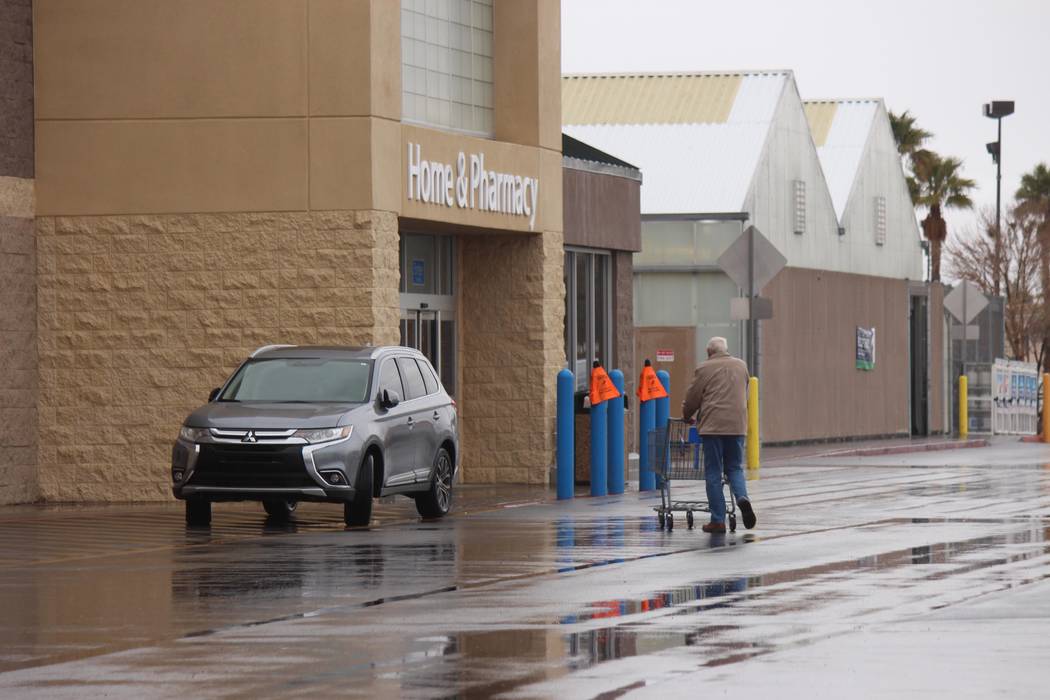 A man is recovering from injuries sustained after shooting himself in the leg at a local retailer.

The incident occurred on Tuesday, Feb. 13, at Walmart on South Highway 160 just after 6 p.m.

“Upon arrival, crews found what was an accidental discharge of a firearm, which struck the holder of the gun in the leg,” Lewis noted. “That patient, who appeared to be in his 30s, was treated at the scene but refused medical transport to the local hospital. It is my understanding that the firearm was a 9mm pistol. There were no other injuries reported.”

Earlier in the day, fire crews were dispatched to the area of Highway 160 near Panda Express for a motor vehicle crash at approximately 3 p.m.

“Upon arrival, crews found two vehicles with moderate damage sustained to both,” Lewis said. “There were a total of six occupants, where three were transported to the local hospital while the other three refused medical care.”

On Feb. 10, Pahrump fire crews responded to a kitchen fire at the Pahrump Nugget just after 4 p.m.

“Upon arrival, crews found the fire contained to the rear of an appliance,” Lewis said. “That fire was quickly controlled with no extension and there were no injuries reported.”

Also on Saturday, heavy wind conditions elicited the response of fire crews to the area of East Basin Avenue and Highway 160 just after 3 p.m.

“We were dispatched for a hazardous condition due to the weather,” Lewis said. “Upon arrival, crews found a large section of a billboard sign that was flapping due to the high winds in the area and appeared to be an imminent threat to passing motorists and pedestrians. Our tower ladder went into service where crews went to the top of the sign and removed the loose piece of aluminum material to mitigate the emergency aspects of the situation.”

On Thursday, Feb 8, crews were dispatched to a motor vehicle crash at East Basin Avenue and Highway 160 at approximately 3:15 p.m.

“Upon arrival, crews found a two-vehicle accident as reported,” Lewis said. “There was no entrapment, however, one patient was injured and was subsequently transported to the local hospital.”

Roughly an hour later, crews were dispatched to Highway 372 and Linda Street for a vehicle crash.

“While responding, we were notified that the accident was a single-vehicle rollover,” Lewis said. “Upon arrival, crews found the accident as reported, where the occupants had self-extricated and refused medical transport to the local hospital.”