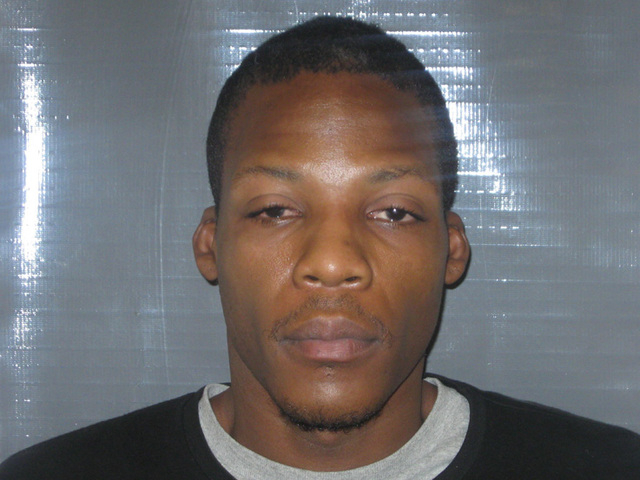 One man is in custody after police say he failed to call 911 for more than eight hours after his girlfriend’s four-month-old child suffered possible third degree burns when he left the baby unattended near a hot iron.

John Henry Cooper III, 37, was arrested on two counts of child neglect and endangerment with substantial bodily harm after Nye County Sheriff’s deputies were called to an address on Marne Court around 11:45 p.m. Saturday evening to assist medics with a child who was badly burned.

According to a declaration of arrest in the case, when a deputy arrived at the residence he was informed the four-month-old victim in the case had suffered substantial burns to his left bicep and right inner thigh as well a potential third degree burn to his left shoulder. Pahrump Valley Fire Rescue Services, who evaluated the infant, told the officer they planned to airlift the baby to the burn unit at University Medical Center in Las Vegas for treatment.

Police then spoke with the victim’s mother who said she had left her child with her boyfriend, Cooper, around 11:30 a.m. that morning while she went to work. When she returned home around 6 p.m. she told police Cooper had already gotten the baby dressed to go to the Fall Festival.

While the family was at the event, the mother told police Cooper was carrying her son in a harness. When she reached over at one point to touch the victim’s head she told her boyfriend it felt like the baby might be running a fever. She told officers Cooper then reassured her that she probably just had cold hands making his head feel hotter than it was.

When the family returned home later that evening around 9 p.m., the woman said Cooper took the baby inside while she and her other son went to the store.

When they returned from their trip, the mother said Cooper had already changed the infant’s clothing and told her all she needed to do was feed him his bottle before he left to go to work.

Soon after the 4-month-old reportedly began to “fuss” and when his mother picked him up she said he began to scream.

When the woman touched his arm again he let out another scream, so she unbuttoned his pajamas to take a better look at the area.

She said she could then see the burns on his shoulder and immediately called for an ambulance since she didn’t have a car to take him to the hospital herself.

When questioned about the incident, Cooper allegedly explained to a detective the burns occurred while he was ironing some clothes around 3 p.m. that afternoon.

According to police, Cooper said he placed the victim in a chair next to the table he was using and then left him there while he walked away to use the restroom.

When he exited the bathroom, Cooper told police he could hear the infant crying. He then told a detective he discovered the iron was on the floor and it appeared the child had pulled the cord to the appliance, causing the hot iron to fall on him.

When he looked at the burn, Cooper allegedly stated it didn’t seem to be that bad so he cleaned the child up, gave him two children’s Motrin and applied some A&D ointment to the affected area before feeding him.

Police said Cooper then explained he didn’t tell his girlfriend about what happened because he knew she would be mad at him. He also allegedly stated the burn didn’t seem to be that severe to him and that was why he hadn’t called for an ambulance or taken the infant to the hospital within the eight hours and 30 minutes that had passed since the child was injured.

Cooper was subsequently placed under arrest and transported to the Nye County Detention Center to be booked into custody.