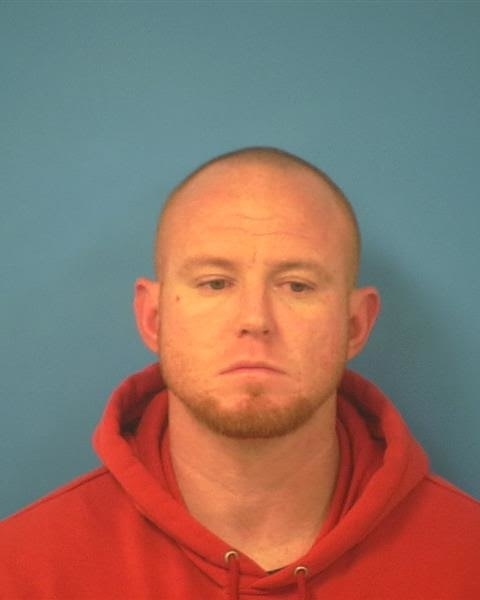 A North Las Vegas man was arrested Thursday for allegedly crashing a stolen vehicle into a Pahrump home and fleeing the scene late last month.

Christopher Bryan Guoin, 36, was taken into custody by the Nye County Sheriff’s Office on Dec. 8 and charged with preliminary counts of possession of a stolen vehicle, destruction of property, fictitious vehicle registration, duty to stop at an accident and failure to report an accident.

The incident took place on Nov. 30, when police said they received a call about a man driving a white SUV through a family’s yard and eventually crashing into their home, which was occupied by adults and children.

The reporting party told the sheriff’s office that the man fled the scene on foot.

The initial investigation, which included Pahrump Valley Fire and Rescue showed significant structural damage to the home related to the crash.

Sheriff’s deputies discovered that the vehicle was a stolen out of the Las Vegas area and had a license plate that belonged to another vehicle on it at the time of the crash.

Despite an extensive search of the area around the crash site, police were unable to locate the man who turned out to be Guoin that night.

Detectives were eventually able to identify the driver of the vehicle as Guoin and took him into custody Dec. 8 after obtaining a warrant.

Guoin was booked into the Nye County Detention Center on the multiple charges and is being held on $20,000 bond.

Anyone with any information relating to the investigation is urged to contact the Nye County Sheriff’s Office by phone at 775-751-7000 or via email at NCSO_detectives@co.nye.nv.us.