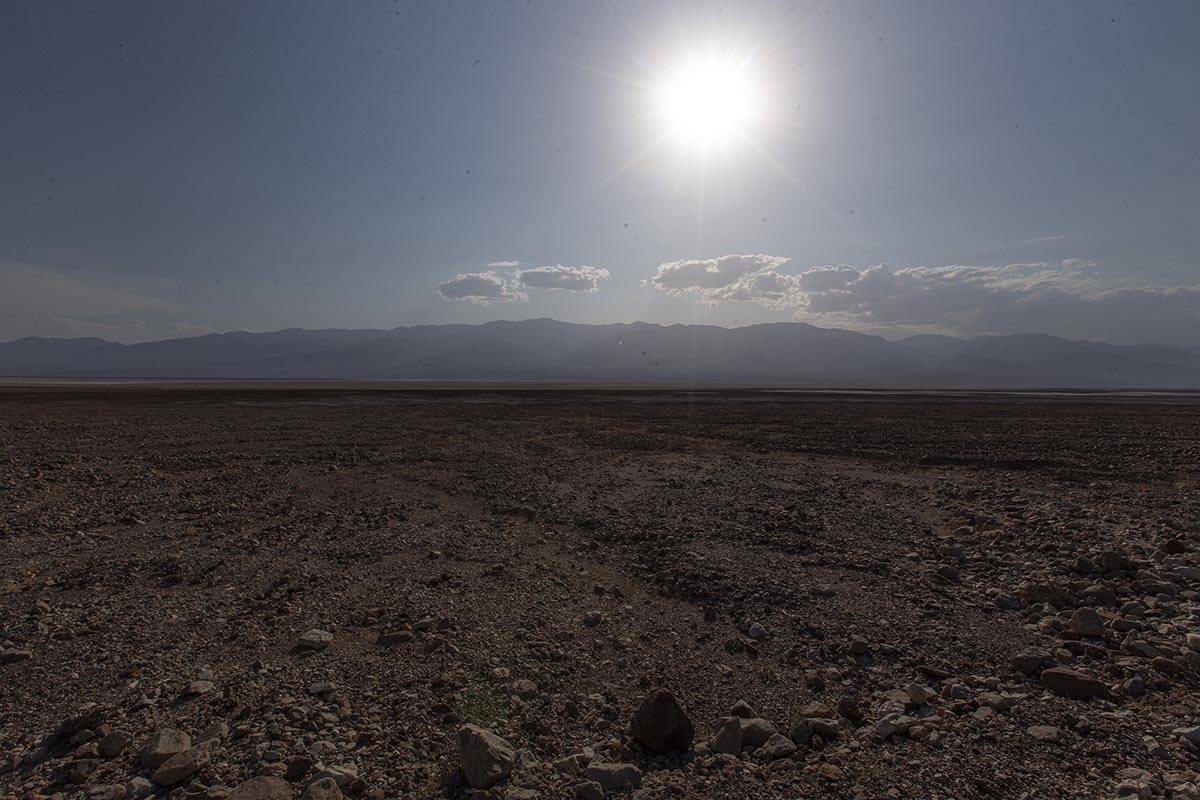 Ellen Schmidt/Las Vegas Review-Journal A California man died while exploring an area near Red Cathedral along the Golden Canyon Trail, in Death Valley National Park on Wednesday, August 18. Just last month, a Washington State man died while hiking in the park and had planned to hike from Badwater to West Side Road and back, which is roughly a 12-mile round-trip hike across salt flats.

Another person has died while hiking in triple-digit temperatures in Death Valley National Park in a one-week period.

As stated in a joint news release from the Inyo County Sheriff’s Office and park officials, the man, identified as Lawrence Stanback, 60, of San Francisco, California, died while exploring an area near Red Cathedral along the Golden Canyon Trail, on Wednesday, Aug. 18.

“National park staff received a report of suspected heatstroke and CPR in progress at 1:40 p.m.,” the release stated. “An inter-agency search and rescue was initiated, with park rangers responding on foot, where they located Stanback and confirmed that he was deceased.”

The release went on to state that a California Highway Patrol Inland Division Air Operations helicopter responded to assist with the recovery, but winds were too strong at the time to safely land.

“In the cooler evening hours, national park staff were able to safely complete the recovery,” according to the release. “The Inyo County Sheriff’s Office and Inyo County coroner are investigating the cause of death.”

Just last month, a Washington State man died while hiking in the park. He had planned to hike from Badwater to West Side Road and back, which is roughly a 12-mile round-trip hike across salt flats.

Also, in April of this year, an Arizona congressional staffer died after he and a female companion went on a hiking excursion in the park.

Park rangers urge summer travelers to visit Death Valley safely by hiking only before 10 a.m. or at high elevations, drinking plenty of water, eating snacks, and staying close to an air-conditioned building or vehicle to cool down in.