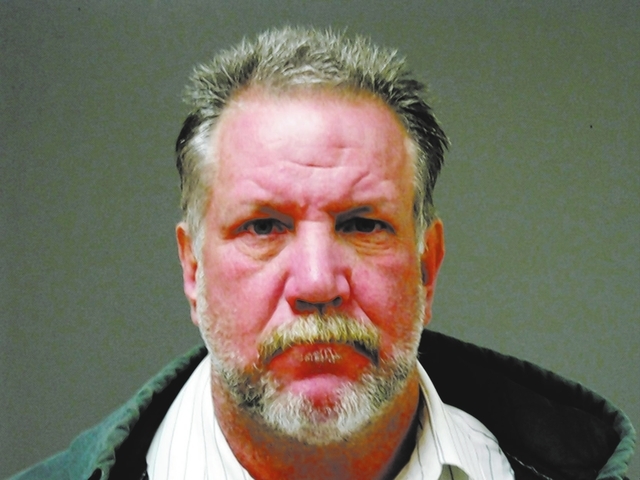 A man convicted of burning down a trailer belonging to his mother after it had gone into foreclosure was sentenced to a maximum of six years in prison last week.

David Alan Andersen, 53, appeared in District Court Friday morning to be sentenced on a single count of second degree arson.

Andersen pleaded guilty to second degree arson on Aug. 22 after he accepted a plea deal. He pleaded pursuant to Alford — a plea defendants sometimes use to accept a plea deal in a case without admitting actual guilt.

Andersen was charged in the case after he reportedly sold appliances and set fire to the home he was residing in, which belonged to his mother, after it had gone into foreclosure.

Andersen’s attorney Harry Kuehn told the court alcohol likely fueled his client’s actions, but Andersen was now ready to accept responsibility for his actions and to apologize to those he hurt in the process.

“What complicated my client’s case substantially was the phone message he left that essentially predicted the arson of a building that eventually burned down. My client thereafter made some admissions to the fire marshal and as a result of that made, in my opinion, the wise decision to accept an offer. My client has readily admitted to me your honor that alcohol has not done him a lick of good. This might be the longest period of sobriety he’s had since entering adulthood and it really doesn’t make sense. He was living in the place his mom had, it was in the process of foreclosure, but at least at that time the process was so slow who knows how many more months or years it would have been before something happened, but in any event, he has taken responsibility judge and he’s told me he is going to apologize to the victims, which I guess would probably be the financial institution and of course his mother because this affects her too,” he said.

Since his client was now trying to make amends for the incident, Kuehn asked that the court sentence him to a lesser sentence than what the state’s Department of Parole and Probation requested.

Deputy District Attorney Michael Vieta-Kabell, however, asked the judge give Andersen the maximum sentence as he felt it was the appropriate sentence for someone burning down their mother’s trailer.

“I’m just going to look at what he did. What he did was he burned down his mother’s trailer. I tend to think 20 to 72 is an appropriate punishment for that. I know he didn’t do it to a stranger, frankly it’s a little bit confusing because it doesn’t seem to benefit him in any way, but it’s alarming conduct and it’s terrible, he burnt down her entire house. So I think prison is appropriate. I agree with parole and probation about their recommendation not to put him on supervision and I would ask you follow the recommendation of 20 to 72 (months),” the prosecutor said.

Before his sentence was handed down, Andersen told the court he was sorry for what he had done.

“I’d like to apologize to the victims, to my mother and to the court. I’m ready to face my punishment,” he said.

Presiding Judge Kimberly Wanker ultimately decided to sentence Andersen to 28 to 72 months in prison for the offense, with credit for 396 days the man had already served in custody.

“I’m sorry you have such a drinking problem, because that is a lifelong problem, but that doesn’t excuse burning down someone’s house. So I’m hoping you’re going to get some help because you have some time to serve,” Wanker said.