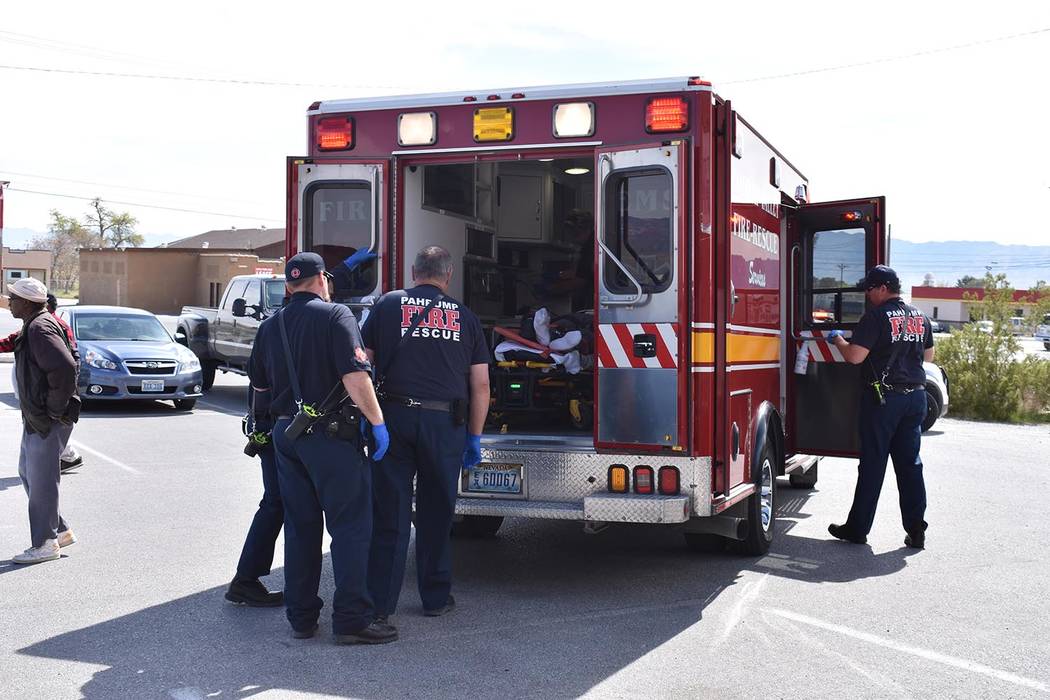 Daria Sokolova / Pahrump Valley Times A man was killed after his vehicle pushed him to the ground and rolled over him just after 2 p.m. on Wednesday. The intial investigation revealed the man failed to put his vehicle in the ‘park’ mode, which resulted in the tragic incident. The unidentified elderly man was flown to UMC Trauma, where he later died. 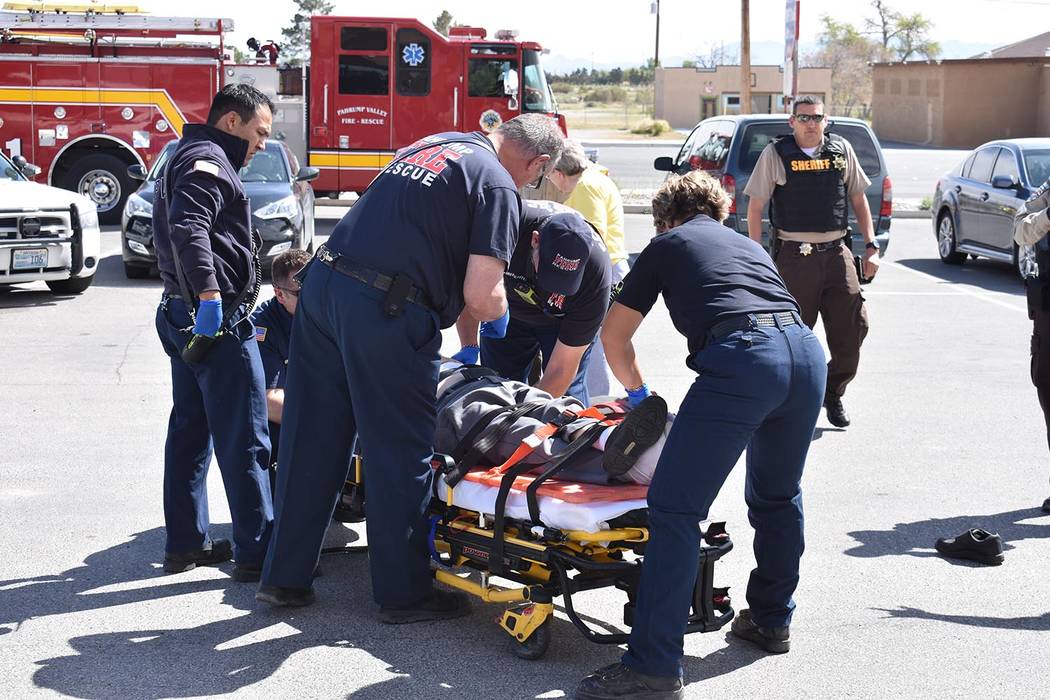 Daria Sokolova/Pahrump Valley Times A man was killed after his vehicle pushed him to the ground and rolled over him just after 2 p.m. on Wednesday. The initial investigation revealed the man failed to put his vehicle in the ‘park’ mode, which resulted in the tragic incident. The unidentified elderly man was flown to UMC Trauma, where he later died.

A man has died after a bizarre accident in the parking lot of a business along the 1500 block of Highway 372.

Pahrump Valley Fire and Rescue Chief Scott Lewis said crews were summoned to the location just after 2 p.m., on Wednesday.

“We were dispatched for a motor vehicle-versus-pedestrian accident in the parking lot of a plaza located on Highway 372,” he said. “Upon arrival, crews found that apparently the vehicle may not have been properly put into the ‘park’ position correctly.”

Lewis noted that as the elderly male stepped out of the vehicle, it then rolled in an arc, where the man was pushed to the ground.

“The vehicle ran over the victim,” he said. “Crews completed a quick assessment and determined that the patient had met flight criteria. That patient was transported, level one to Mercy Air Base 21. It was just as quick driving that patient there as it would be bringing Mercy Air 21 to the scene, especially with the ongoing construction project on Highway 372.”

After patient care was transferred to Mercy Air Base 21, Lewis said he was flown to UMC Trauma in Las Vegas where he later succumbed to his injuries.

“I wish I could say that this was an isolated incident, but it’s not,” Lewis said. “These incidences do happen from time to time in our community.”

The identity of the victim had not been released as of Thursday afternoon.