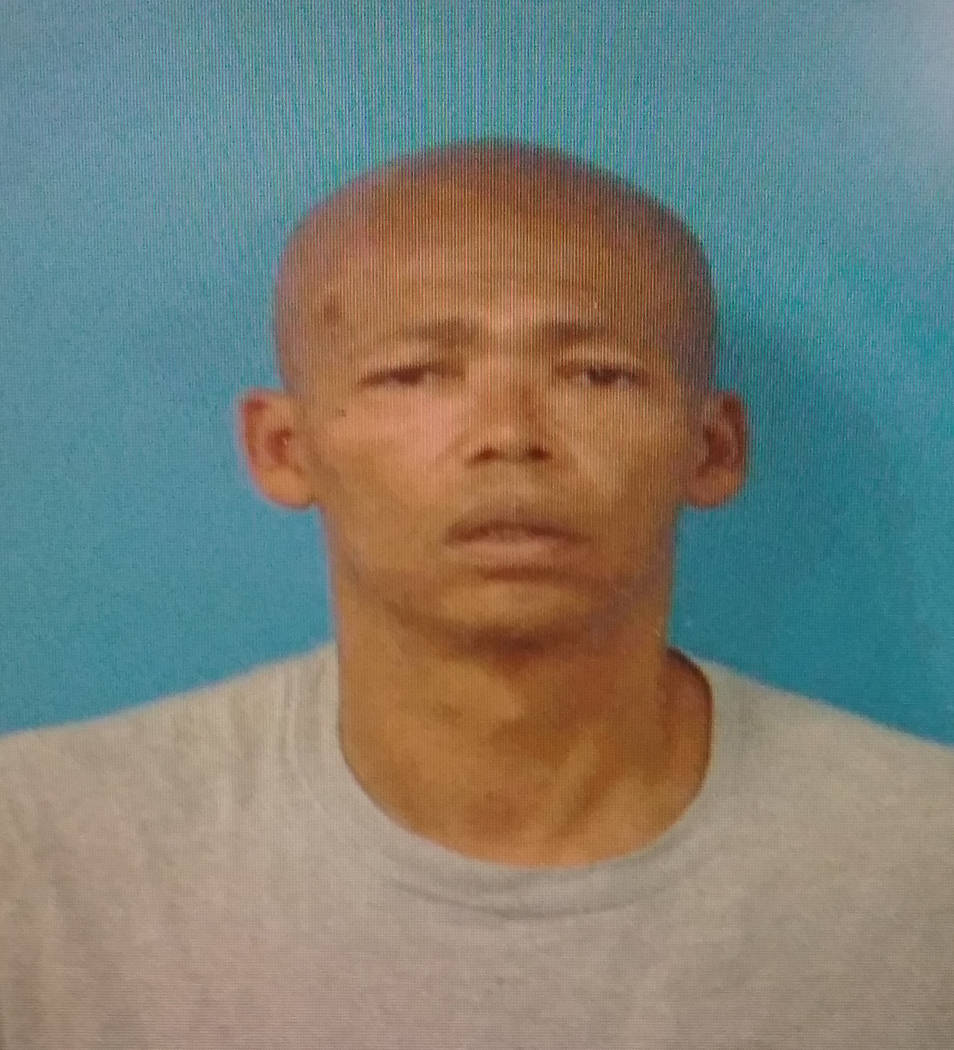 Special to the Pahrump Valley Times Kenneth Jones was arrested on May 12, after he mistakenly called a Nye County Sheriff's deputy to purchase a small amount of marijuana, authorities reported.

Nye County deputy sheriff Bryan Cooper was enjoying lunch with a colleague when he received an odd call on his work cell phone.

When all was said and done, the caller, later identified as Kenneth Jones, ended up in handcuffs and was transported to the Nye County Detention Center on Saturday, May 12.

According to the arrest document, Jones was looking to score about $10 worth of marijuana.

In his pursuit, he allegedly called Deputy Cooper by mistake, just before 4 p.m.

“The number was from Portland, Oregon and I believed the caller was a male that asked me to meet up with him to sell him a ‘dime bag,’” Cooper’s report noted. “He stated that he would call me back later to set up a time and place to meet up. I was at lunch with Detective Cox at the time and asked for his assistance.”

Cooper obliged Jones and later called him back via his work cell phone at 6:13 p.m.

“The male stated that he wanted to meet me at his house and purchase the dime bag from me,” Cooper noted. “The male told me over the phone that his first name was Kenneth. I told Kenneth I would call him back to set up a time in approximately 30 minutes.”

Cooper also said he recognized Jones’ name due to prior contact with the man roughly a week earlier.

“I had called this number the week prior to speak with a man named Kenneth Jones about a previous case I was working on,” Cooper’s report stated. “My next call was at 6:49 p.m., with Detective Cox present. Detective Cox also had a handheld voice recorder that he started prior to the phone call and was on the entirety of the phone call. Kenneth stated that he wanted a ‘dime bag of that Hydro,’ referring to the marijuana. I informed Kenneth that I would meet up with him in front of the Painted Lady Saloon and I was on my way there now. Kenneth stated that he would be waiting for me outside of the Painted Lady Saloon.”

Upon arrival at the establishment, Deputy Cooper said he immediately recognized Jones, standing next to the business.

“Mr. Jones stated that he had not bought any drugs at this time and didn’t know why we were out with him,” Cooper noted.

Additionally, Deputy Cooper said he verified Jones’ number while on the scene.

Upon searching Jones, the report stated that Deputy Cooper discovered Jones was in possession of two $5 bills, which is the approximate price for a dime bag of marijuana.

Though the purchase and use of recreational marijuana is legal in Nevada, Cooper said the product must be purchased at an authorized dispensary.

Jones was arrested on conspiracy to violate the Uniform Controlled Substances Act.

He was placed into custody and transported to the Nye County Detention Center without incident.