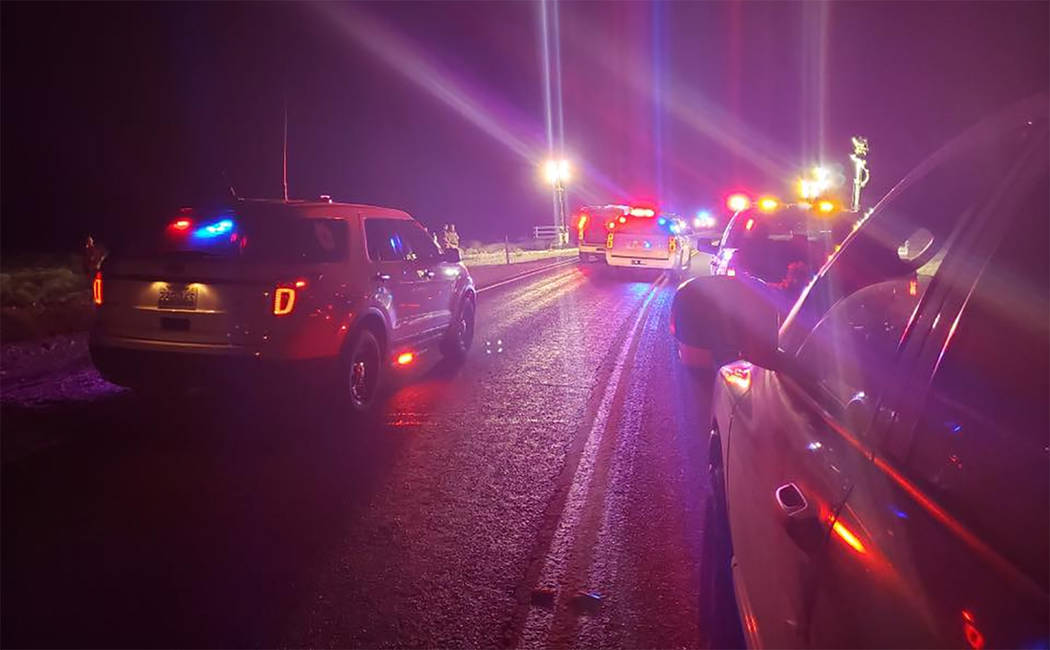 Photo courtesy of Nye County Sheriff's Office A man who failed to stop at the gates of the Nevada National Security Site was shot and killed by law enforcement officials after exiting his vehicle with an cylindrical object in his hand. Authorities have yet to release the suspect's name, or determined a motive for him allegedly failing to stop at the security gates.

A suspect is dead following a shooting at the Nevada National Security Site (NNSS) on Monday afternoon.

The incident, according to a Nye County Sheriff’s Office news release, occurred at 5:18 p.m, when an unidentified male driver failed to stop at the Nevada National Security Site gate at Mercury, Nevada, roughly 40 miles from Pahrump.

“After driving approximately eight miles past the security gate, the individual came to a stop, exited his car and approached the SPO’s and NCSO deputies with a cylindrical object in-hand,” the release stated. “The suspect refused to adhere to verbal commands of both NCSO and the SPO’s on scene. When the suspect approached the officers, he was fired upon by both NCSO and an SPO. The suspect died at the scene.”

The release went on to state that deputies and security site personnel received no injuries as a result of the engagement.

No motive has been established, nor have law enforcement revealed exactly what the man was in possession of.

Officials with the FBI have been notified of the incident.

Additional details regarding the shooting will be released as they are available, according to authorities.

As described on its website, the NNSS is both an indoor, outdoor, and underground national laboratory.