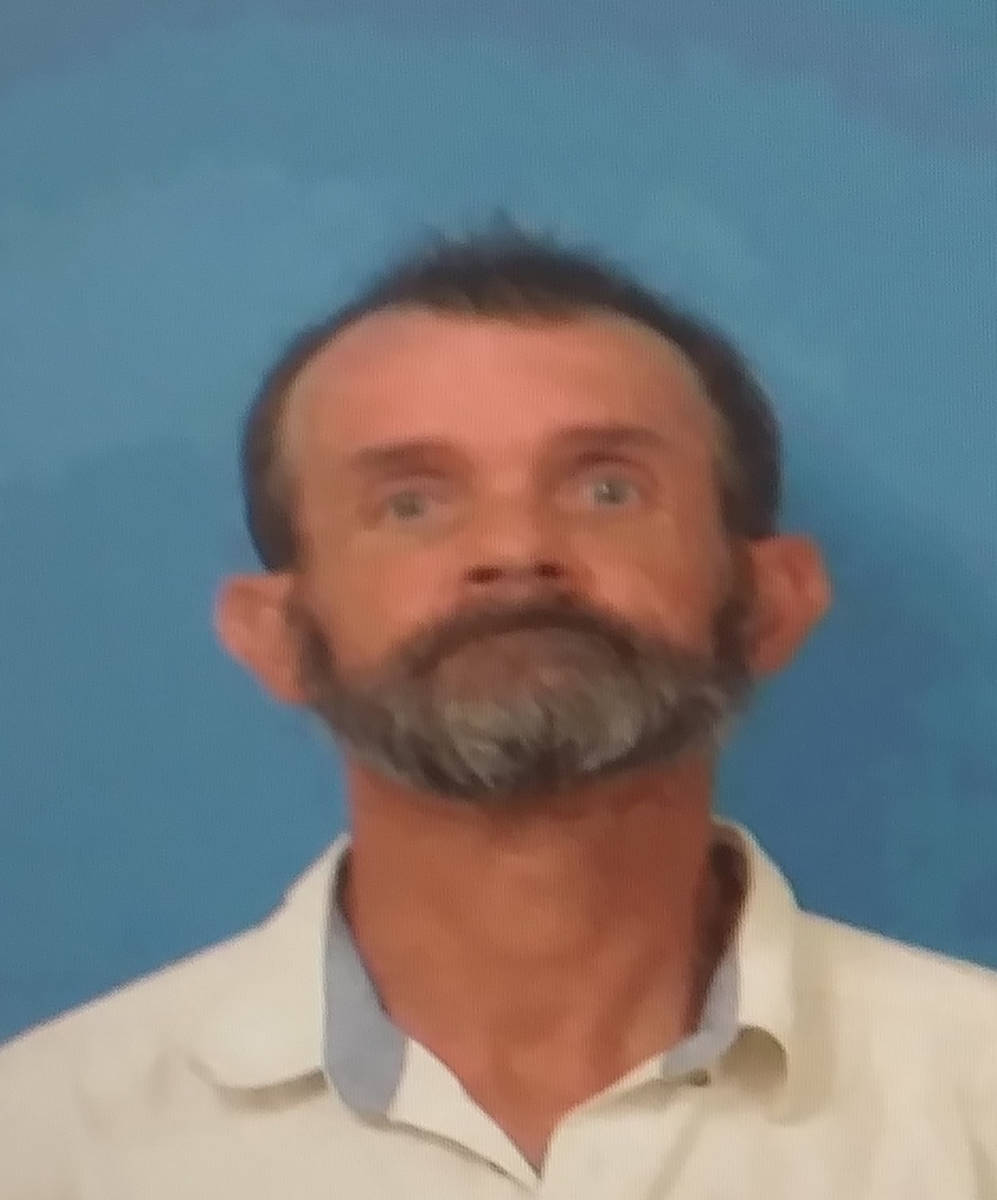 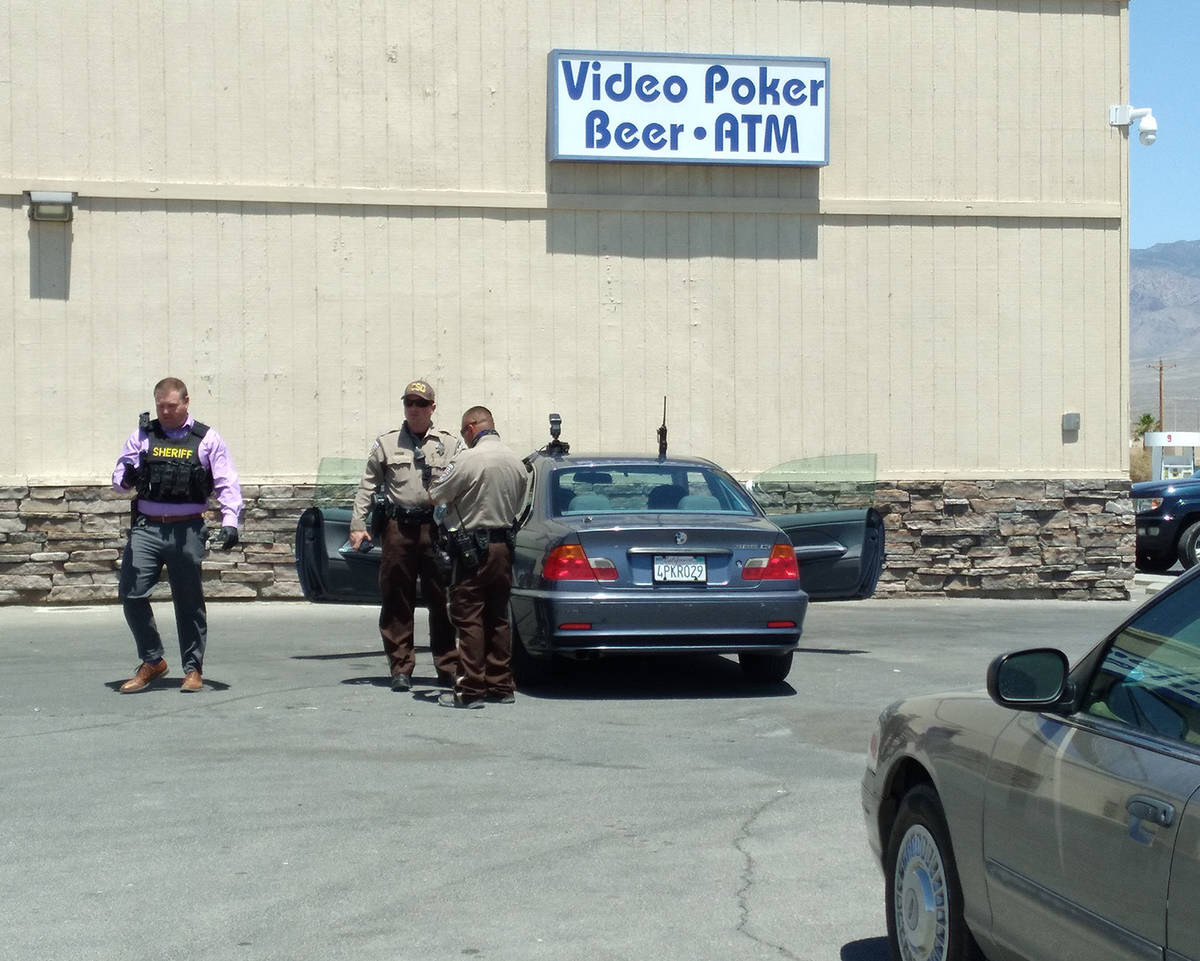 Selwyn Harris/Pahrump Valley Times Nye County Sheriff's detectives and deputies searched the vehicle and mobile device of Las Vegas resident Timothy Spencer, who is suspected of allegedly luring who he believed to be a 13-year-old Pahrump girl for the purpose of engaging in a sexual encounter. Spencer was actually communicating with a sheriff's office investigator.

The Nye County Sheriff’s Office used an unorthodox method to secure the arrest of a man suspected of allegedly luring a 13-year-old girl for a sexual encounter.

During the course of an ongoing investigation into an attempted sexual assault on a minor, Investigator Joseph Marshall began a conversation using an undercover account as part of that investigation, according to the arrest report.

The suspect, identified as Timothy Spencer, thought he was having social media communications with a 13-year-old girl, when in fact it was Marshall, Spencer was actually communicating with.

Within the report, Marshall said Spencer portrayed himself under the user name of “kingcrabber72.”

“On May 10th I began a conversation using an undercover account, due to continued ongoing investigations, with user name kingcrabber72, using a social media messaging service,” Marshall’s report stated.

During the conversation, Marshall advised kingcrabber72 that he was a 13-year-old female, to which Spencer said he had a fantasy about being with a younger girl who was willing, according to the report.

Also during the conversation, Spencer allegedly sent a picture of his genitalia, with his face in the background, which matched the face of his profile picture, Marshall’s report noted.

Additionally, Marshall also stated that Spencer suggested having sexual intercourse, while describing in graphic detail, the sex acts he wanted to perform.

“Kingcrabber72 sent a photo of three colored condoms, orange, green and white,” Marshall’s report noted. “Kingcrabber72 advised that he lives in Las Vegas and would drive to Pahrump to meet and engage in sexual intercourse.”

Marshall, still portraying the fictitious 13-year-old girl, then informed Spencer that “she” would leave her house to meet with him at the Horizon Market gas station on North Blagg Road.

The following day, on Tuesday, May 11, deputies and detectives were on scene waiting for Spencer to arrive.

It should be noted that Spencer described to Marshall the make, model and color of the vehicle he was driving.

Upon arrival, Spencer was arrested and under his Miranda Rights, he told detectives that he did in fact, come to meet with a minor female.

“He further advised that he is attracted to younger girls and that the conversation was on his cell phone,” Marshall’s report stated. “Timothy’s face matched that of the face sent in the pictures.”

Additionally, Marshall’s report noted that Spencer consented to have his phone searched.

Upon opening the phone, Marshall noted that the device opened to the exact social media app where the text conversation between Spencer and Marshall took place.

“Timothy consented to a search of his vehicle, and the condoms that he sent in the picture were located in his center console,” Marshall’s report stated. “Timothy committed the crime of luring a child away from her home with the use of a computer system, or network, with the intent to engage in sexual conduct with the child by knowingly and willfully engaging in a conversation with whom he knew to be a 13-year-old child and enticed her to sneak out of her house, away from her parents, with the intent to engage in sexual conduct.”

As a result, Spencer was taken into custody and transported to the Nye County Detention Center suspicion of luring a child to engage in sexual acts and the distribution and exhibition of obscene material to a minor.

Additionally, during the course of the investigation, it was discovered that Spencer had plans to travel to Alaska in two weeks.

Authorities also advised that he has ties to Oregon and California, thus posing a flight risk.

Spencer remains in custody at the Nye County Detention Center.