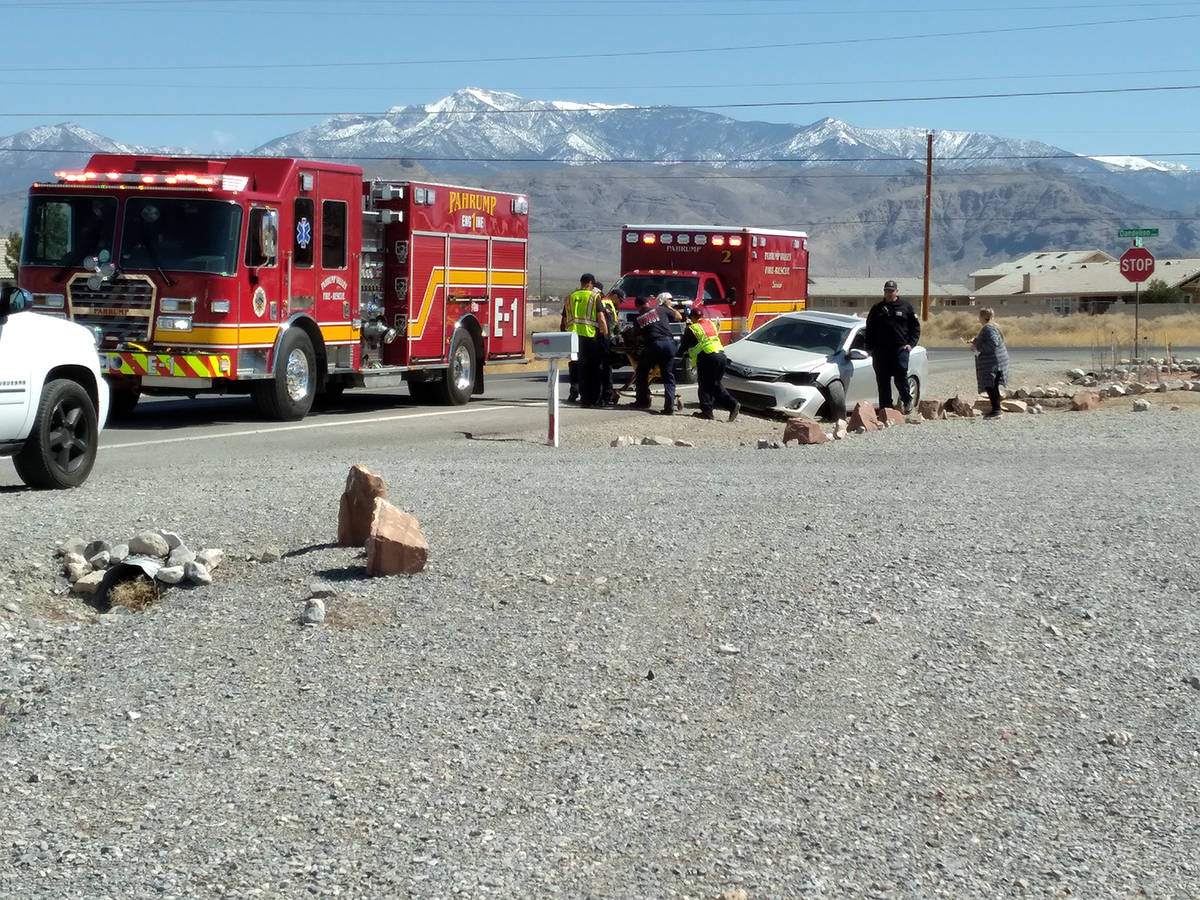 Selwyn Harris/Pahrump Valley Times Pahrump Valley Fire and Rescue Services EMTs prepare to transport an elderly man to Desert View Hospital after he apparently lost control of his vehicle and crashed into a line of rocks in front of an Idaho Street residence.

An elderly man was transported to Desert View Hospital after losing control of his car and crashing into a line of decorative rocks at a residence on the 1700 block of East Idaho Street just before 12 p.m., on Wednesday, March 17.

Local resident Nona Charles said she was driving directly behind the man’s late-model silver sedan and witnessed the crash, after which she called 911.

“We were heading down Dandelion on the way home from the dollar store,” Charles said. “He was going a little fast, and he took that corner going around 40 miles an hour and I saw him hit the mailbox and I saw a whole bunch of smoke up in the air.”

Charles also remained at the scene out of concern for the driver until Pahrump Valley Fire and Rescue Services crews arrived.

“He was an older man about 75-years-old and I think that he just lost control of his car,” she noted. “He was still sitting in the car when the paramedics got here. He looked like he was kind of shook up but I’m glad I turned around and I’m glad that he’s going to be OK.”