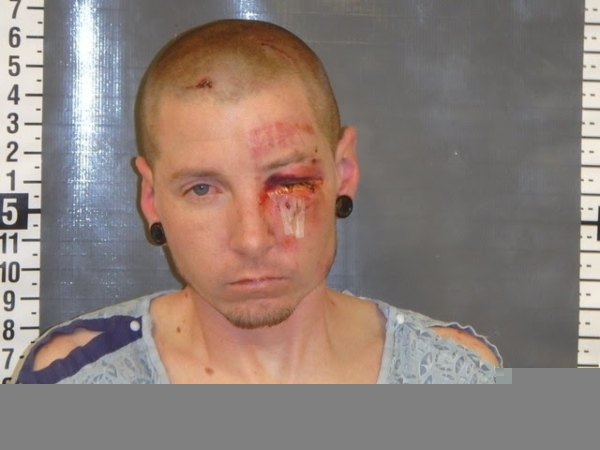 The local man who led police on a 20-plus minute high speed chase around the community in March will spend the next 19-to-48 months in prison as recommended by the court’s Parole and Probation Division.

Chamlee also said though her client believes illegal controlled substances did not play a factor in his decision to elude police. However, the fact that Horton was not taking his prescribed medications did play a major role.

“At the time of this event, my client was not taking his medication for his significant anxiety,” she told Lane. “He believes that his failure to take medication which controls his anxiety and his ability to exercise good judgement played a significant role in his felony eluding.”

The defense attorney noted that aside from a felony conviction in California back in 2011, her client has maintained a clean record since.

“He went four years with no charges at all,” she said. “He stayed out of trouble, it was a one-time bad incident and poor judgement on his part. He is remorseful and we would like the court to go along with the division’s recommendation for probation not to exceed five years.”

When given an opportunity to address the court, Horton was apologetic for his actions four months ago.

“Your honor, I just want to apologize to everyone for my actions and I’d like a second chance to show the community that I can be a law-abiding citizen.”

Prosecutor Michael Vieta-Kabell urged Lane to sentence Horton to 19-to-48 months in state prison for his actions.

“I don’t recommend probation in this case,” he said. “The defendant has already been on felony probation previously. “I’m looking at the events and see a gentleman who is off the rails. He’s getting into a high-speed pursuit for over 20 minutes with deputies while carrying a handgun.”

Vieta-Kabell also reminded the courtroom of Horton’s actions once deputies were attempting to place him under arrest following the chase.

“When he was apprehended, instead of saying he had a handgun, he just reaches for the gun and I can’t speculate as to why,” he said. “If that’s just a matter of poor decision making, then that’s some of the worst decision making that I’ve ever seen. It was horribly dangerous conduct. He’s a convicted felon.”

Horton found himself before Judge Lane after waiving his right to a preliminary hearing in justice court on the charges.

According to the Nye County Sheriff’s Office, Horton was traveling at speeds in excess of 100 miles per hour, in 45 mph zones after a deputy tried to make contact with him in the area of Medicine Man Road and Barney Street on March 30.

Horton, police said, failed to yield at numerous intersections, while at times he appeared to wait for police vehicles to catch up with him before speeding away on the 2003 high-performance Yamaha RS 600cc street bike.

While being handcuffed, police said Hortonâs hands had to be pulled away from his front waistband where deputies learned the suspect had a concealed Glock 27 40-caliber handgun with 13 rounds in the magazine.