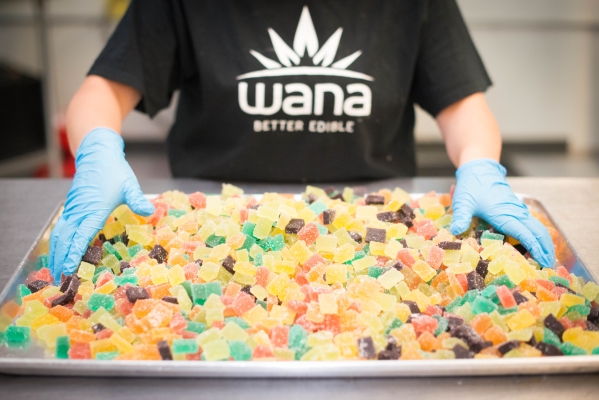 Pahrump cultivation center will soon receive a fresh batch of cannabis-infused products, as another out-of-state producer is looking to expand its reach into the Nevada market.

Wana Brands, Boulder, Colorado-based producer of edibles and medical marijuana products, will tap into the Nevada market through a partnership with CW Nevada, that already operates in Pahrump and Las Vegas. The partnership will make Wana’s goods available to Nevada consumers by early 2016, according to a press release.

Wana Brands is available in over 400 of the 480 dispensaries in Colorado and also will be available in Oregon in early 2016. Its products include Wana Sour Gummies, Classic Caramels, Jewels Lozenges, Shake ‘N’ Go Drink Mix, Gluten-Free Brownies, Wana Rolls, Wana Hot Cocoa, and WanaCapsXR, a family of extended-release capsules.

“CW Nevada’s expertise in growing, distribution, and state-of-the-art manufacturing facilities, combined with Wana’s cannabis products, makes this partnership the perfect union,” Whiteman said. “In addition to offering Wana products to their own patients, CW Nevada will make the Wana brand available to dispensaries throughout Nevada.”

CW Nevada has been aggressively expanding its operations in the Las Vegas area. The business supplies, produces and distributes medically-infused cannabis products and currently has multiple dispensaries in Las Vegas.

Pahrump has seen an increase in applications for special use permits for medical marijuana establishments in recent months.

While Pahrump officials praised the economic benefits of new operations, some residents expressed concern about their safety.

Whiteman called the cannabis industry “an economic bolster” for Colorado and said it has the potential to employ “thousands” in Nevada.

“Cannabis has been shown to be effective for a wide range of medical conditions, some of which are currently addressed with prescription medication that can have addictive qualities or significant side effects,” she said. “Medical marijuana facilities offer a safe alternative for people who are interested in a traditional plant-based approach to health.”