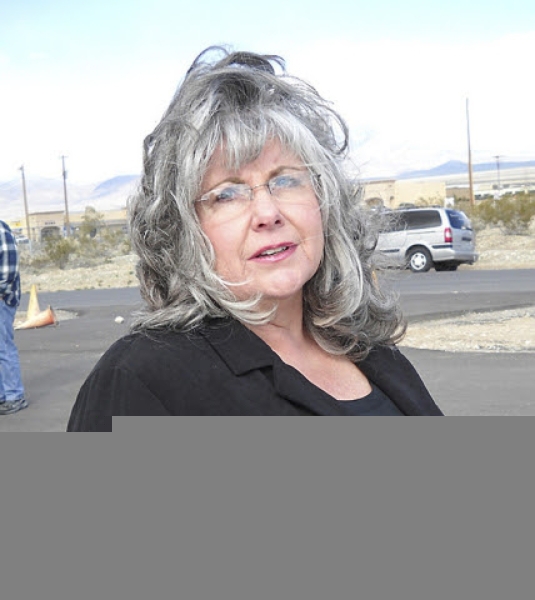 The Nevada Commission on Ethics is expected to issue an opinion regarding the conduct of former Nye County Tax Assessor Shirley Matson on Aug. 19.

The process came about after the ethics commission received a third-party request for opinion on Matson’s alleged actions after her election victory in 2010.

Following its initial investigation, the commission determined Matson failed to hold the public’s trust as well as avoid conflicts between her public and private interests during her time in office.

“The commission’s opinion is really looking at whether or not there was conduct that was in violation to the provisions of NRS 281.A, which is known as ethics and government law,” she said. “The commission has three basic options where they can either look at the conduct and determine that it did not violate a statutory provision, or it can determine that there has been a violation.”

Nevarez-Goodson also said if the commission determines there has been an ethics violation, the panel will then determine whether or not the conduct was willful.

“Under our provision, that means it was an intentional and knowing act,” she said. “If it’s determined that it was willful, the commission will impose civil penalties in the form of monetary sanctions. Sometimes the attorney general’s office will have a separate and independent investigation going on.”

Nevarez-Goodson noted that the commission makes their findings public only after the investigatory panel makes a recommendation.

“Once an investigation is underway by the investigatory panel, the entire matter becomes a public issue,” she said. “In this case the panel determined that the commission should render an opinion regarding the issue and that’s presently scheduled for August 19th.”

According to the commission, while Matson was seeking re-election in 2014, office employee Sheree Stringer declared her intentions to run against Matson in the contested election.

It was during that time, the ethics commission alleged Matson used her official position to hinder Stringer’s political campaign by seeking criminal charges against the employee.

The commission also determined when Matson’s efforts failed, she then issued a Notice of County Intent to terminate Stringer’s employment, in apparent violation of Nevada Revised Statutes.

The panel determined the nature of the election campaign also contributed to alleged instances of staff conflicts and allegations of misconduct.

Evidence provided to the ethics commission showed that as a result of Stringer’s concerns pertaining to her campaign, including the concern that she might lose her job, Stringer placed a hidden camera in her office work space to view Matson’s conduct while Stringer was away from the assessor’s office.

Evidence was also provided regarding Matson’s actions when she first learned about the hidden camera.

Matson, according to the commission, filed a criminal complaint with the Nye County Sheriff’s Office, where investigators deemed the hidden camera complaint did not support proceeding with a criminal investigation.

The commission said upon learning there would be no criminal investigation, Matson proceeded to terminate Stringer’s and McGill’s employment.

The commission also said Matson required certain employees to conduct property appraisals of certain Nye County officials with whom Matson had a history of disputes.

The appraisals, according to the commission, were outside of the normal cycle and were not in compliance with applicable regulations.

As a result, the commission concluded there was sufficient evidence to render an opinion to the allegations that Matson, regarding the Stringer investigation, violated three state laws; failing to hold public office as a public trust, while failing to avoid conflicts between public and private interests.

Matson has seen her share of controversy over the years since ascending to the assessor’s position.

She was found guilty of two ethics violations in April 2012 and fined $5,000 by the Nevada Commission on Ethics for failing to avoid conflicts between her private interests and the public interest, using her position to intimidate and harass other officials, and using government time, property and equipment to benefit her personal interest.

At least one of Matson’s ethics charges was for asking Stringer to request a personal property declaration from local resident Stephanie Lopez, a day after Lopez led a protest calling for Matson’s recall.

In late 2013, FBI agents seized two county-owned computers from the assessorâs office after allegations Matson opened a letter from the human resources department that held a computer disc containing employee records for a sheriff’s deputy under federal investigation.

Just months after Matson was elected to the assessor’s office in 2010, she made national headlines for her comments about “brown-skinned” construction crews working on the county’s detention center near her office.

The emails were authored just days before she won the 2010 general election.

She claimed the men were illegal aliens and demanded the sheriff’s office investigate their legal status, using terms such as “dirty, filthy Mexicans.”

During that time, racially-charged emails from Matson to her supporters and other public officials were uncovered, including a number of individuals affiliated with Concerned Citizens for a Safe Community.