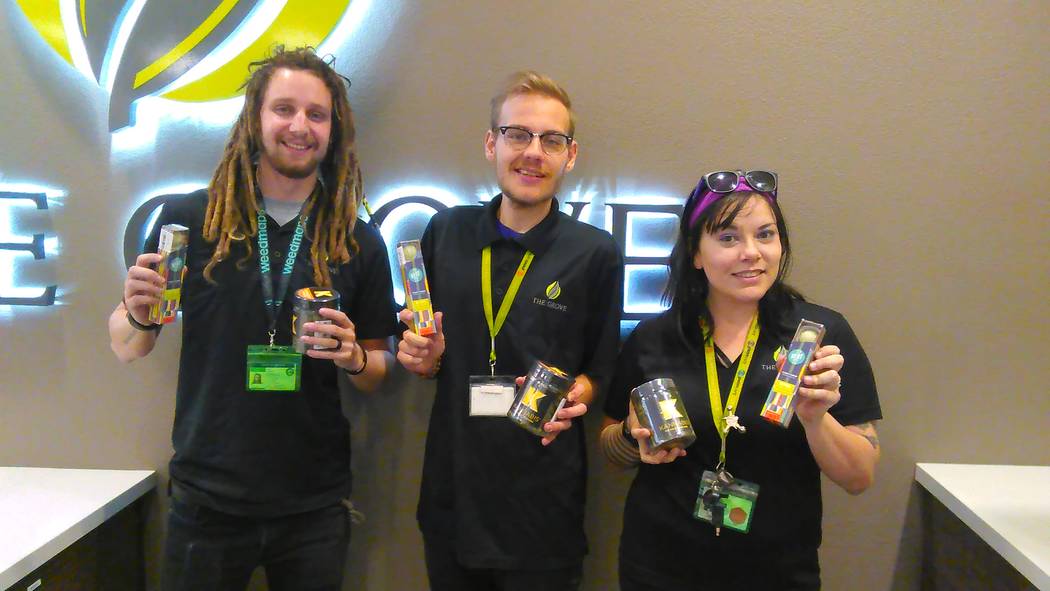 The Grove medical marijuana dispensary is observing its one-year anniversary on Saturday with a special event open to the community.

Manager Zach Wright said attendees can learn how to obtain a medical marijuana card, while actual cardholders can take advantage of numerous specials and giveaways, from 11 a.m. to 4 p.m.

Though the official open date was March 17th, the event will take place on Saturday, the 18th.

“Anyone is welcome to come into the parking lot, ask questions and enjoy the atmosphere,” he said. “We are also going to have DJs playing music, as well as have raffles. If you do become a medical patient here, or you want to learn more, you are more than free to come down here and check things out.”

Wright noted that several agencies and experts will be on hand to answer any and all questions related to the medical marijuana industry.

Chief among them is Cohen Medical Centers, which is based in Las Vegas. “Cohen actually helps people get their medical marijuana cards,” he said. “They have a website and you can schedule an appointment right now. They won’t be signing people up for their cards but they do have a mailing list for those who are interested.”

Wright said visitors can meet with other experts in the industry.

“Kevin Biernacki is our head cultivator for The Grove and you can meet with him,” he said. “He’s the expert behind our all-natural products. Before joining The Grove, he spent years in Humboldt County studying organic horticultural methods, which made him the perfect person to spearhead the design and construction of our eco-friendly indoor cultivation facility, from the ground up.”

Additionally, attendees can meet the person responsible for creating the numerous edible products The Grove dispenses.

“We are a very integrated company, so we have VERT, which is our edible company,” he said. “Melissa Parks is our chef for The Grove and she will be here where people can actually meet the chef.”

Wright also said the passage of Question 2 back in November will allow The Grove to sell recreational marijuana come early summer.

“We still don’t know what bylaws or standards there will be,” Wright said. “They could make us have a separate building for recreational marijuana or keep it in the same building. We’re not sure because that’s still up in the air. That is some of the elements the state is deciding right now with the marijuana task force.”

On the issue of daily transactions, Wright said business has even surpassed his expectations, as The Grove is ranked as the number one facility in Nevada for the past nine months by leafly.com.

Leafly.com is considered the Yelp for the marijuana industry.

“Business is going great and just in the first year alone, the generation of revenue in sales and even revenue that’s gone to the county in the form of taxes, supports the roads and schools,” Wright said. “In general, the cultivators and dispensaries here in Nye County, has been overwhelming. It’s a win-win situation for all.”

Wright also said plans are in the works for a special day next month on the 20th.

Both marijuana smokers and non-smokers recognize April 20 or 4/20 as a special day recognizing marijuana culture.

“We have some events planned for April 20th, which is 420 day,” he said. “It will also be our Las Vegas store’s one-year anniversary. We will do a lot of specials every month leading up to July 1st when the state hopefully issues temporary licenses for the sale of recreational marijuana.”