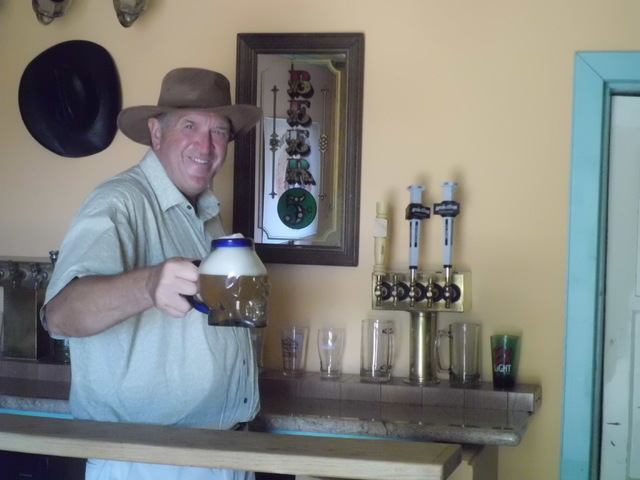 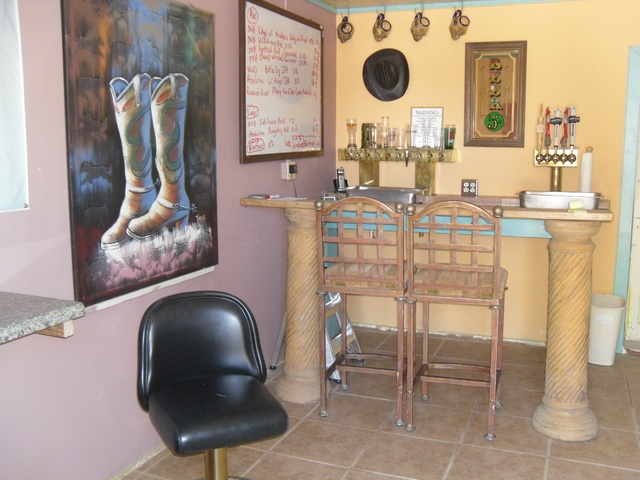 TECOPA, Calif. — The tiny area of Tecopa, Calif., has always been a watering hole. The natural waters have served pioneers, livestock, the Pony Express riders and their horses and the mule trains. Now it is a watering hole for thirsty travelers wanting more than a drink of water.

Jon Zellhoefer owns both the town and Death Valley Brewery, which is located near the post office at the intersection of Hot Springs Road and Old Spanish Trail. The brewery opened Oct. 31 and according to Zellhoefer, “The results have been beyond expectation.”

Zellhoefer said he didn’t go purchase “one of those kits for home brewers. I’m making it the old-fashioned way with grains.”

He said his business caters to those going to and coming from Death Valley and Dumont Dunes, a popular weekend outdoor excursion spot for those into sandrails, dune buggies and ATVs. It also attracts visitors attending functions at Amy Noel’s Tecopa Hot Springs Resort.

Inyo County isn’t a dry county, meaning no alcohol sold. Patrons can bring their own to Pastel’s Bistro and Shoshone Village’s Crow Bar Cafe serves beer and wine, but Zellhoefer said, “That’s 12 miles away and they don’t offer hand-crafted beers.”

The project has been a long process. Zellhoefer said it took a year to get his license. “Micro-brewing has grown expansively over the past few years. There are over 8,000 applications for licensure on file right now.”

While he has been waiting for the license and during proceeding years with this project in mind, Zellhoefer been working on the property. He said he has planted trees, developed the springs on the property and added a 100.000-gallon fish pond.

Approximately 160 acres of the 300-acre property is in various stages of development. Zellhoefer has also groomed the outdoor space to accommodate families who wish to bring their own food and toss it up on one of the available gas grills for a picnic.

He said there is a fire pit and outdoor seating for gatherings after dark. “We have a blast down here on weekends.”

The brewery is open from 3 p.m. to 7 p.m. Thursday through Sunday, but Zellhoefer said, “We don’t close the doors. We have a party until our guests are finished. Previous arrangements can be made in advance for large groups.

Patrons may also get food from the pub. Death Valley Brewery serves “burgers and brats,” Zellhoefer said. “They each come with chips and barbecue beans.

He said his brewing methods are in keeping with history. “We’re making beers from old recipes that were used before the Germans began adding hops. Right now, I’m working on two batches of 12th Century Druid beers call gruits, from Scotland.”

He said in his opinion, people can make beer quickly but in brewing by that method, the art becomes lost.

“I make beer five gallons at a time and have about five different beers brewing every day. We don’t bottle the beer either so this is the only place it’s available.” He said it takes about six months for a beer to be conditioned, meaning it is at its peak and ready to drink.

He said there are six to 12 different beers available for tasting on any given day. “It’s a huge temptation to brew something that sells very well and stick with just that beer, but again, the art of making different styles becomes lost.”