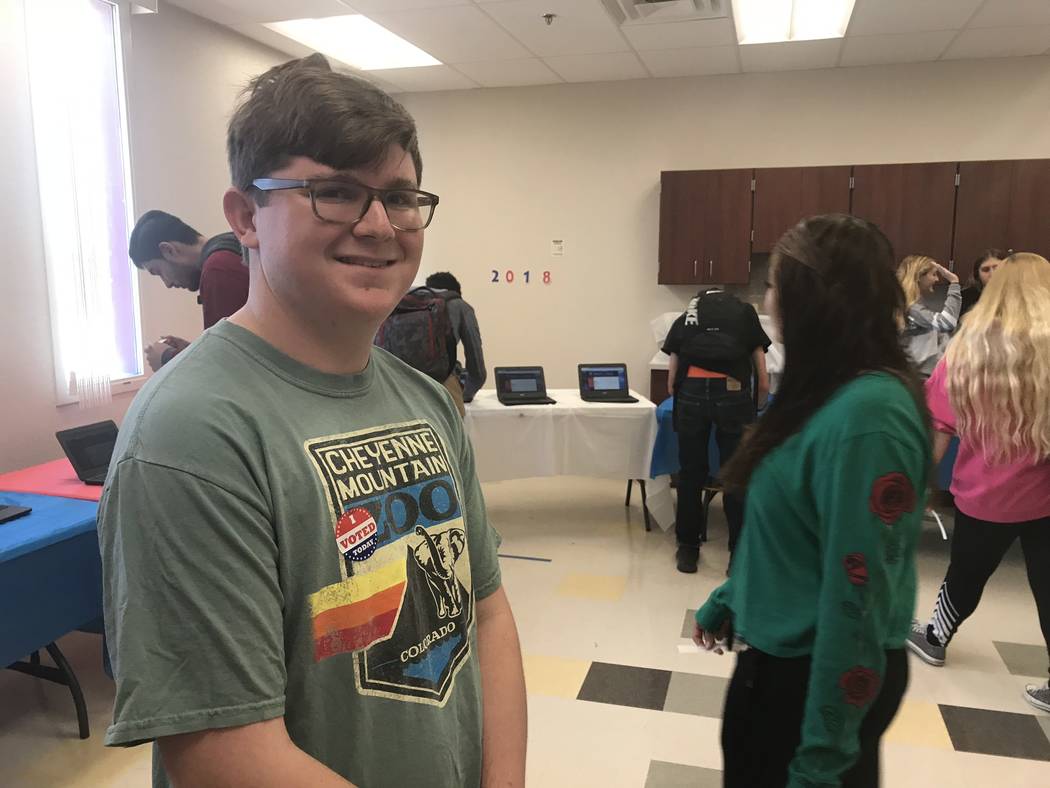 Jeffrey Meehan/Pahrump Valley Times Spencer Abrams, precinct captain for the student mock election, stands in the voting area on Oct. 25, 2018. Several students voted in federal and state elections under a statewide program from the Nevada Secretary of State's office, in partnership with the Nevada Department of Education. 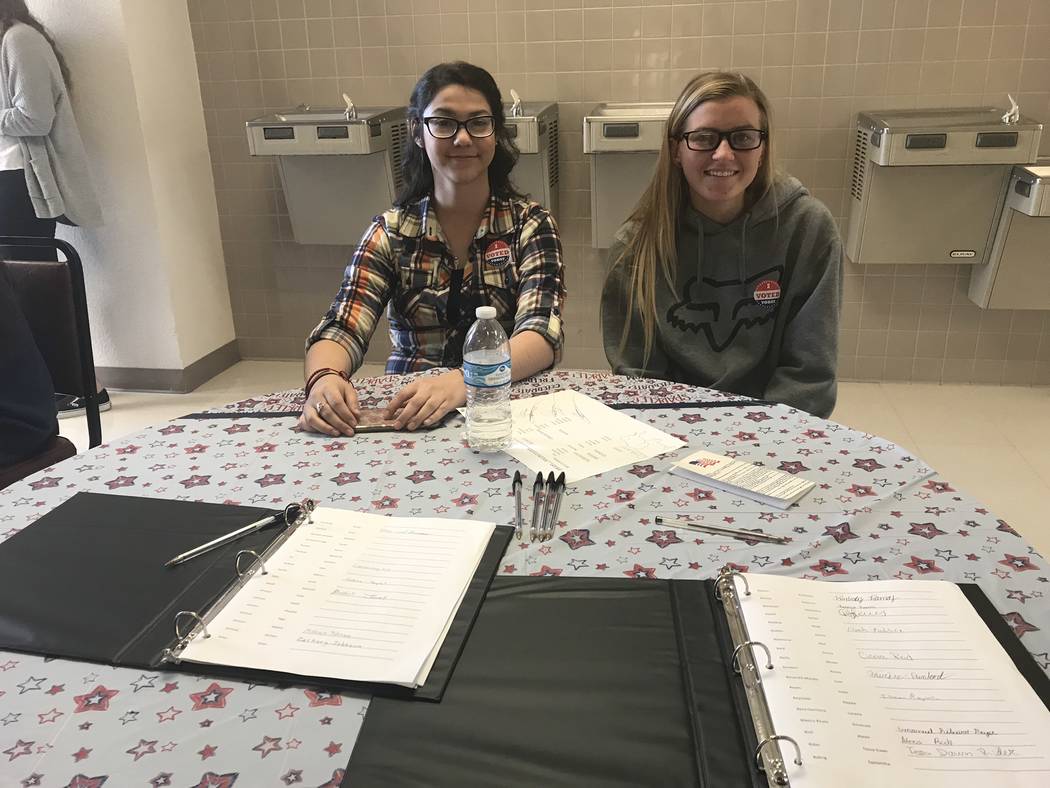 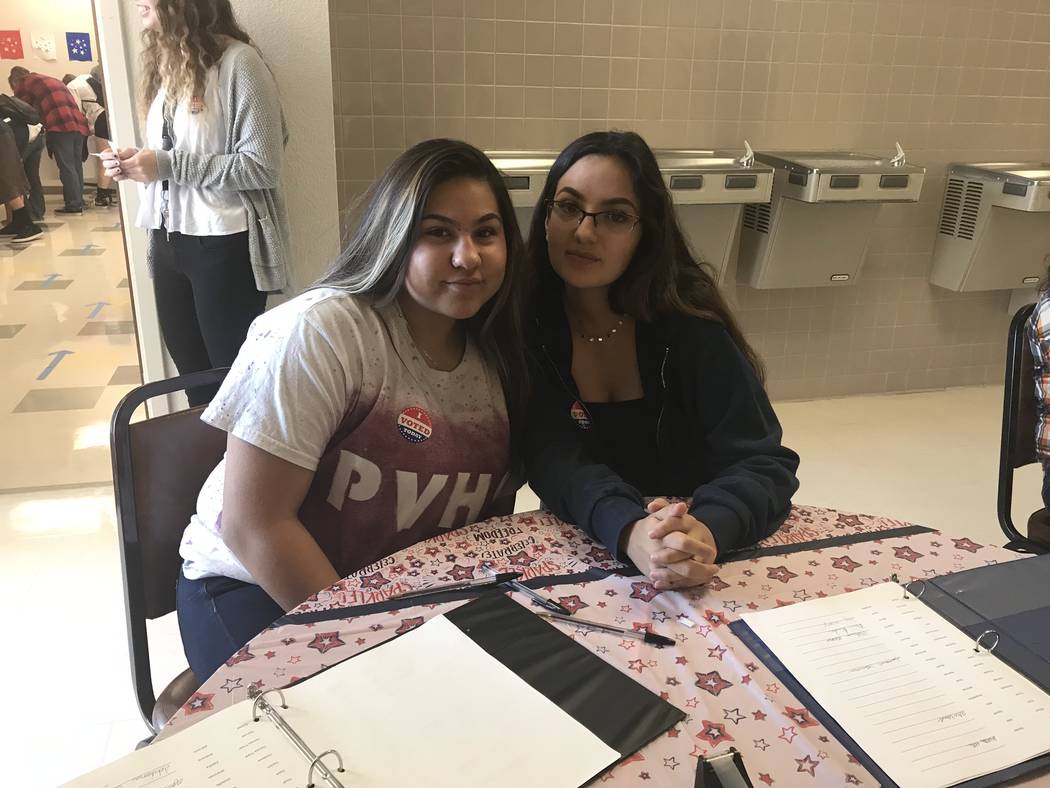 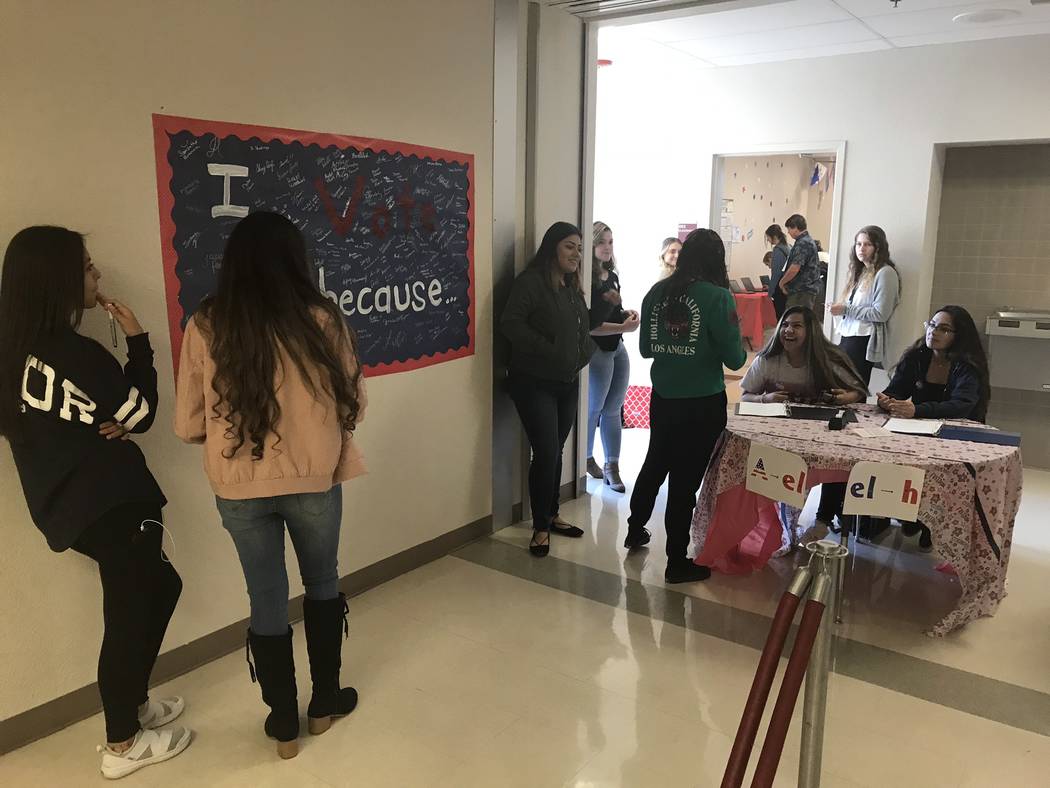 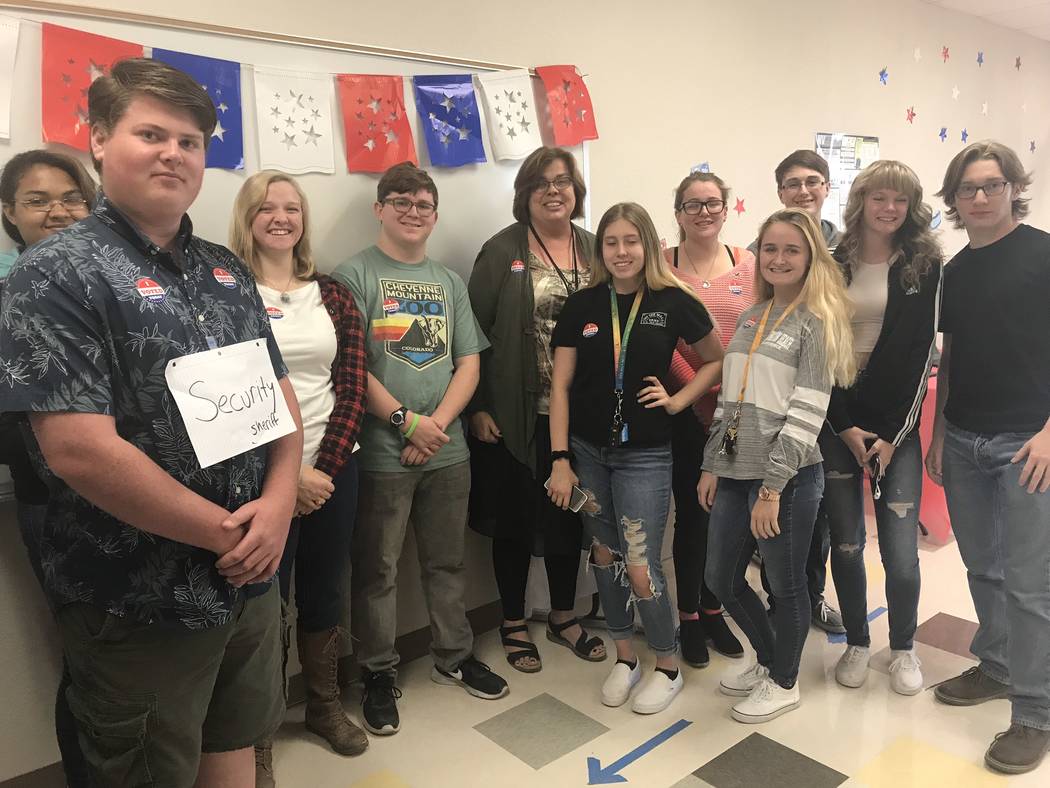 Insight into how the future generations coming up in Nye County will choose to shape the state and federal government was collected through a student mock election.

The Nevada Student Mock Election, developed by the Nevada Secretary of State’s office in partnership with the Nevada Department of Education, brought out 15,000 student voters across Nevada, including students at Pahrump Valley High School and Beatty High School.

In the two southern Nye County high schools, two federal and Nevada’s race for governor were on the ballot. Ballot initiatives on the state level were also part of the student ballot, along with questions on other national-level issues.

Students at Pahrump Valley High School chose along the same lines as voters in the official 2018 general election did in Nye County.

Beatty High School also chose to re-elect Heller to his Senate seat; however, the overall winner in the mock election for the governor’s race and in the House District 4 race were now Governor-elect Steve Sisolak and Steven Horsford, who was elected to the seat on Election Day, Nov. 6.

On the ballot measures, it was again mixed between both the high schools. On the heavily debated Question 3, which was on energy choice, Pahrump high school students had a majority to pass the measure with Beatty going against. The measure was defeated in Nye County and at the state level in the 2018 general election.

On the state level among the student mock election, the measure narrowly passed with 3,778 students voting for and 3,738 voting against.

Prior to the student mock election day on Nov. 1, Nevada Secretary of State Barbara Cegavske announced her encouragement to “all Nevada students to participate in the 2018 Nevada Student Mock Election. This is an opportunity to see how your ideas can be expressed and to understand the value of voting.”