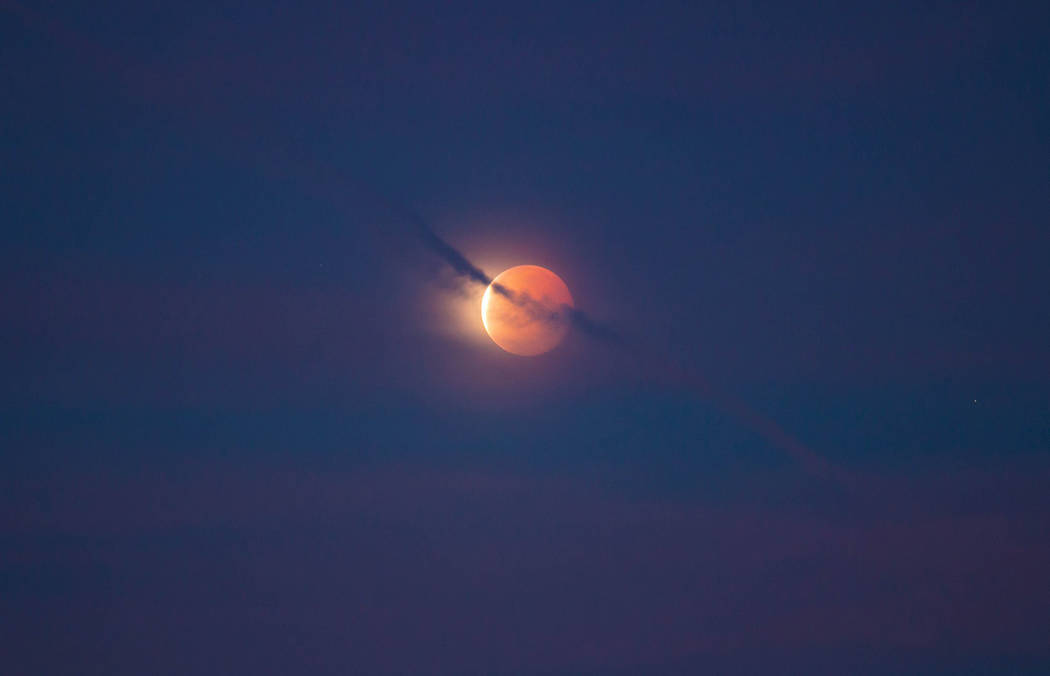 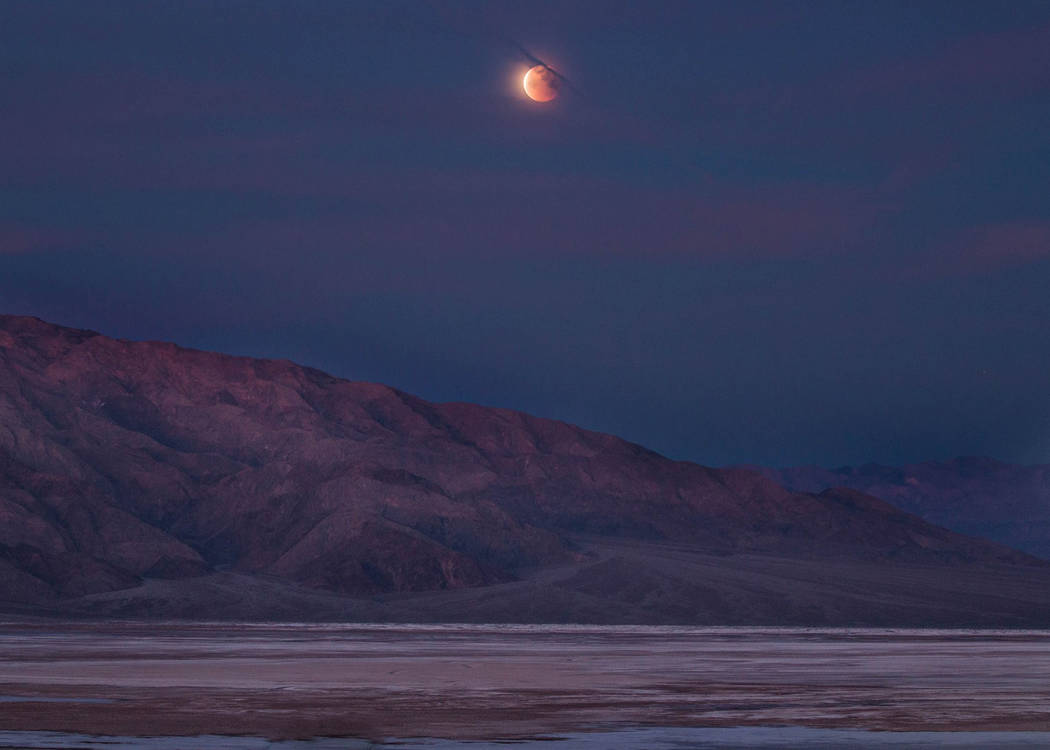 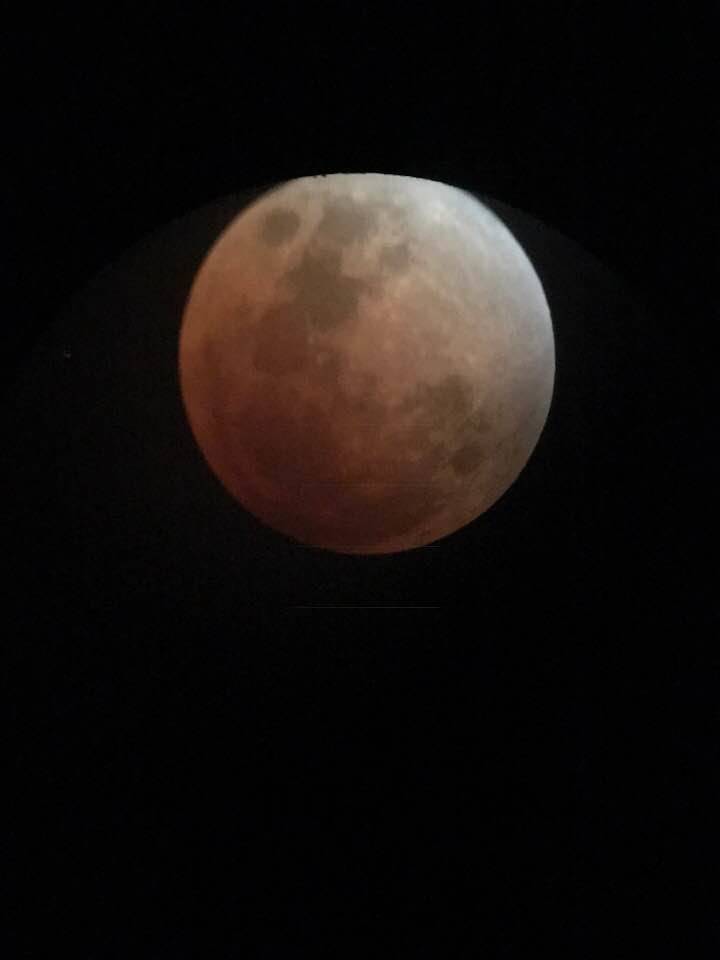 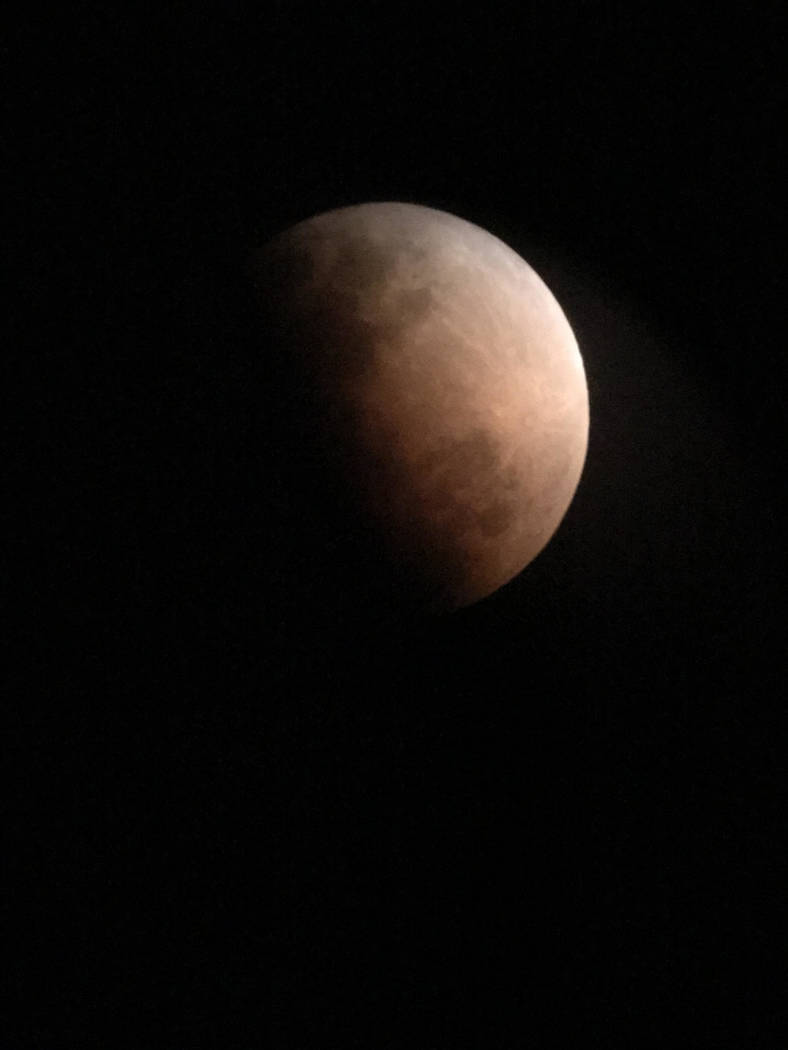 Pearl Lowell/Special to the Pahrump Valley Times A Pahrump teen grabbed a shot of the lunar eclipse on Wednesday on the south end of town through an Orion telescope. The orange appearance started to show around 5 a.m. 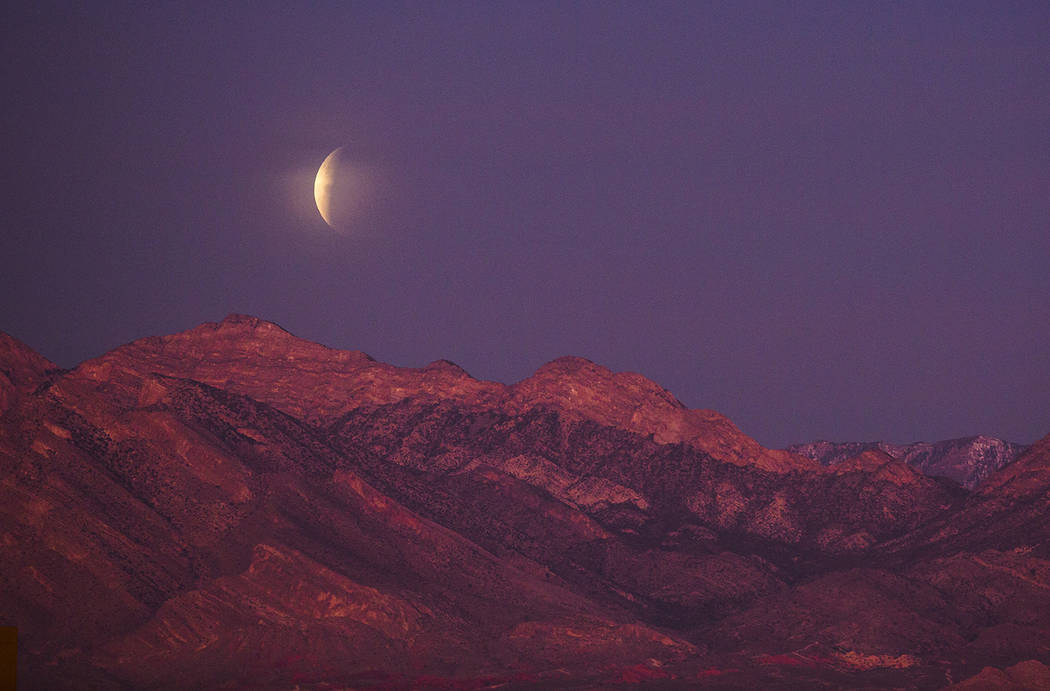 Moon-gazers had a special opportunity to view a rare celestial event.

NASA said the event early Wednesday offered a rare opportunity to see a super moon, a blue moon and a lunar eclipse at the same time.

A super moon occurs when the moon is closer to Earth in its orbit and appears about 14 percent brighter than usual.

As the second full moon of the month, this moon is also commonly known as a blue moon, though it is not blue in appearance, NASA said.

The super blue moon passed through Earth’s shadow, taking on a reddish tint, known as a blood moon, NASA said.

This was first super blue blood moon since 1982, a combination won’t happen again until 2037.