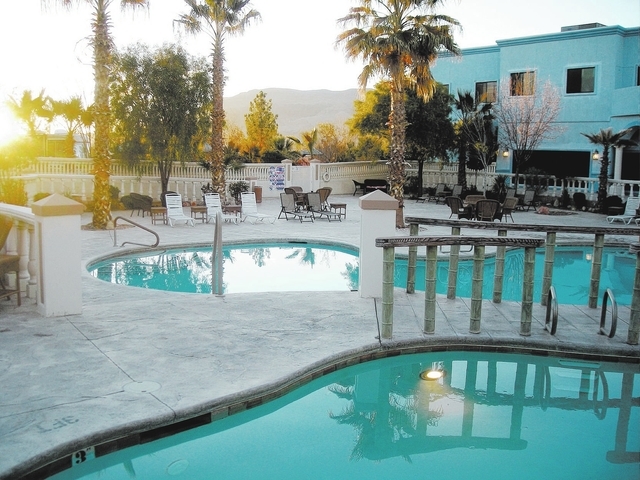 Nevada Treasure RV Resort, the luxury recreational vehicle park located at Leslie Street and North Highway 160, has been acquired by American Spectrum Realty Inc., a real estate investment, management and leasing company, which acquired Nevada Treasure as part of a real estate portfolio valued at $84.8 million. The total includes the assumption of $17.2 million of debt from three limited partnerships including D&A Semi-Annual Mortgage Fund, owners of the park.

“This acquisition enlarges our portfolio of owned and managed properties in California and Nevada,” American Spectrum Realty Inc. Chief Executive Officer William J. Carden said. “We plan to apply our national resources to these properties with intense asset management, introduction to our web-based marketing resources and the talents of our sales/leasing network to allow the properties to perform at their highest levels.”

The original Calvada Sports Complex was greatly enlarged by developer Hans Seibt, who reportedly sank $11 million into the 17-acre property, which opened in 2004 as Seibt Desert Retreat RV Park, with over 200 luxury RV slips, swimming pools fed by a waterfall, an indoor gym, restaurant, bowling alley and convention center.

But Seibt declared bankruptcy in 2008, which he blamed on the downturn in the economy, and the resort ended up in the hands of first trust deed holder Dunham and Associates, based in San Diego. Former resort manager, the late Charlie Cochran, said Seibt left the resort to Jeffrey Dunham, the company owner on Sept. 1, 2008.

The mortgage company acquired title to the property for $4 million during a trustee sale at the Nye County Courthouse in April 2009 after no buyers emerged. At the time, the property was appraised at $8.12 million and only 14 of the RV lots had been sold before the foreclosure.

Seibt was sentenced to 10 years in prison last month for one count of theft, after allegedly bilking numerous investors in a Ponzi scheme.

The renamed Nevada Treasure RV Park began offering inexpensive memberships to Pahrump locals five years ago, as well as catering to traveling RV owners. The park has received high rankings on a list of RV parks by organizations like Good Sam’s Club and publications like Trailer Life Directory.

The property sale occurred much higher up the food chain than the resort level where Court Warren remains as manager of Nevada Treasure RV Resort.

“We don’t foresee any immediate changes,” Warren said. But he has only spoken with his supervisor, a managing director based in Texas, once since the takeover.

“It’s very early because it just happened Jan. 1. The new company hasn’t been able to absorb what we have here. The person I report to made one on-site visit,” he said.

That will change this spring, Warren said, when the managing director will be visiting Nevada Treasure RV Resort to look over the property.

“There’s an exchange of assets, no money changed hands. They gave the prior owner some stock in exchange for his real estate portfolio,” Warren said.

Winter snowbird business has been about the same as last year at the resort, he said.

“I have 45 snowbirds where I’d love to have 65 snowbirds,” Warren said. But he added, “we’re getting ready for a brisk rally season. We have our first (RV) rally coming in here next week.”

American Spectrum Realty Inc. announced it was issuing to the selling entities new shares of 8 percent Cumulative Preferred Stock, Series B, in exchange for the properties. Stock shares will be redeemed over a two-year period.

The stock will earn a dividend calculated as simple interest at a rate of 8 percent from the closing date until Dec. 31, 2014 and thereafter at 12 percent.

Fifty percent of the dividends accruing before or on Dec. 31, 2014 will be payable monthly and the remainder will accrue and be paid in a lump sum on Dec. 1, 2015.