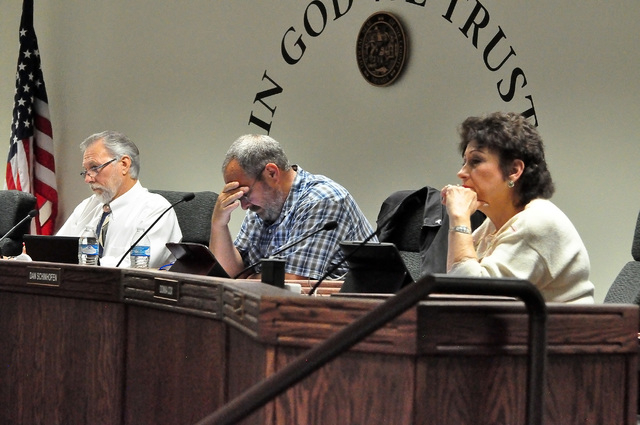 Come Nov. 8, Nye County voters will have to decide whether they want county to impose annual tax increases on certain motor vehicle fuels.

Nye County commissioners on May 17 adopted a resolution to place the question on the Nov. 8 general election ballot.

The move is required by a state law passed in the last legislature in an attempt to fund transportation infrastructure projects.

The additional county and state taxes are required to be calculated by applying a formula factoring a certain percentage based on street and highway construction inflation and can’t exceed 7.8 percent, according to the documents.

The practice of tying the fuel tax rate to the rate of certain street and highway construction cost inflation is called fuel tax indexing.

Before the 2015 session of the Nevada Legislature, state law also required a statewide measure to be placed on the November 2016 ballot for voters to decide whether to authorize the state to impose additional state taxes on motor vehicle fuel and various special fuels used in motor vehicles.

Under Assembly Bill No. 191 that was enacted during that session, the requirements for the statewide ballot measure were repealed and instead, will be decided by approval of the majority of the voters in the county at the general election in November 2016.

The Nevada Revised Statutes require the county clerk or commissioners to appoint ballot question committees to write the pros and cons to any question that will appear on the election ballot.

“If we don’t get interest from the public, it is up to the clerk and district attorney to write the pros and cons,” Nye County Clerk Sandra “Sam” Merlino said.

“All I am doing at this point is advertising, giving a deadline to turn in the applications and then we are set to appoint committees on June 7. At that time, I will give the committees the parameters, deadlines, etc.,” she added.