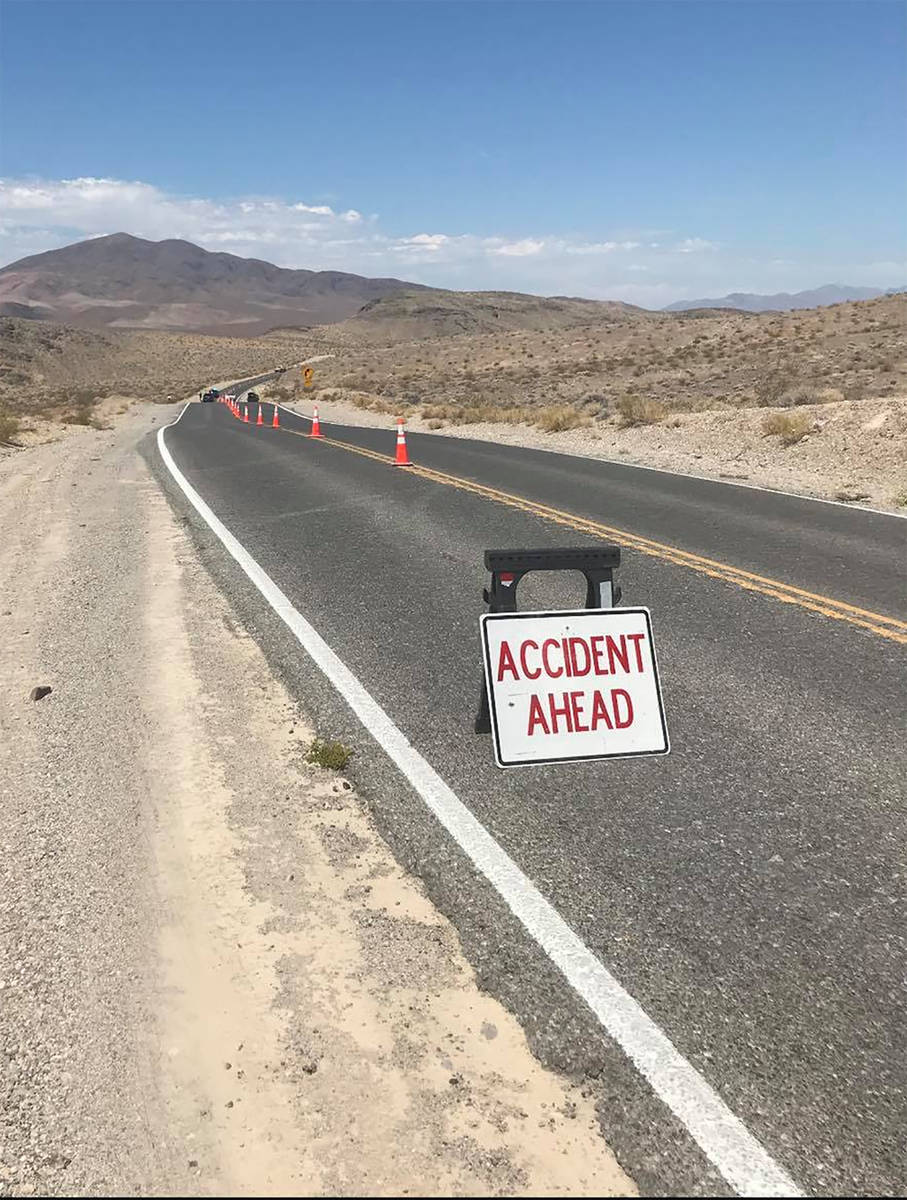 Special to the Pahrump Valley Times The Nye County Sheriff's Office and Nevada Highway Patrol are investigating a fatal motorcycle crash discovered in the desert area off of Bell Vista Road on Thursday morning June 3. Due to the physical condition of the male rider, it remains unclear exactly when the crash occurred.

Nye County Sheriff’s Office deputies are investigating the death of a motorcyclist discovered along Bell Vista Road near the shooting range on Thursday June 3.

Though the sheriff’s office has not released details of the apparent accident, Pahrump Valley Fire and Rescue Services Chief Scott Lewis said crews were dispatched to the scene just after 10 a.m., where the decomposing body of the rider was located in the desert, off of the roadway.

“Crews arrived to find a motorcycle down into a ravine,” Lewis said. “Their investigation revealed what apparently appeared to be a single rider who had passed away. The sheriff’s office arrived along with NHP and began their investigation.”

Lewis went on to say that, at present, it’s unknown exactly when the crash occurred, due to the physical condition of the deceased rider.

“It appeared that the rider may have been there for a prolonged period of time,” he said. “It was well off the road, so you really had to look hard to see the motorcycle if you were driving and focused on the roadway. You really had to know where to look, in order to see it.”

It is unclear whether the deceased rider was a local resident, as the sheriff’s office has not disclosed whether they have received reports of a missing white male adult rider.