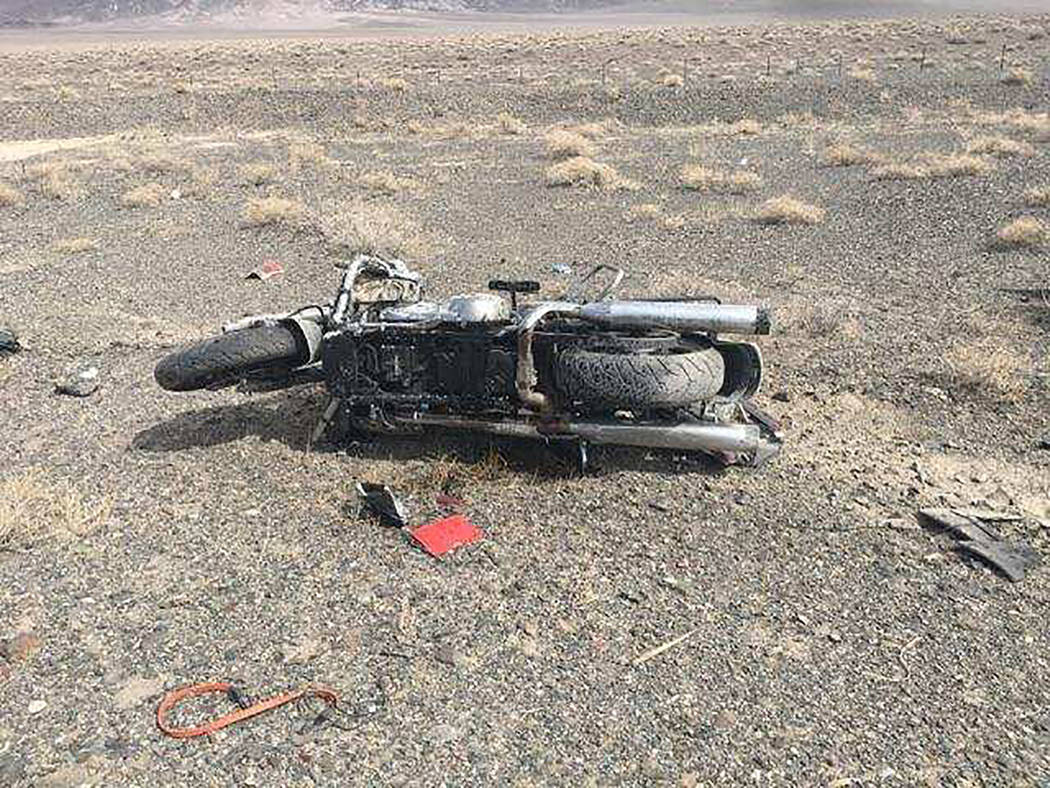 Nevada Highway Patrol A look at the crash scene Sept. 29 in Esmeralda County. 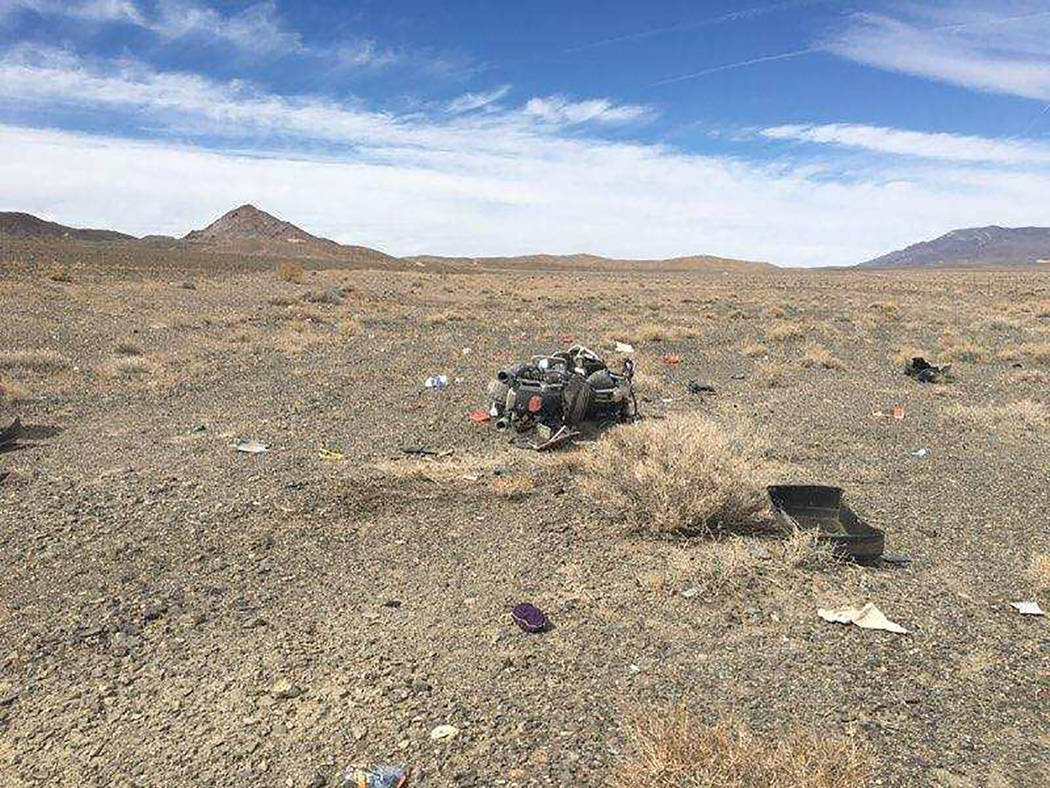 The crash occurred Sept. 29 along U.S. Highway 95 near Redlick Summit, north of Coaldale Junction, the NHP said via Twitter.

The victim’s identity was not immediately known along with circumstances leading to the wreck.

Motorists were told to expect possible delays while traveling in that area after the crash.