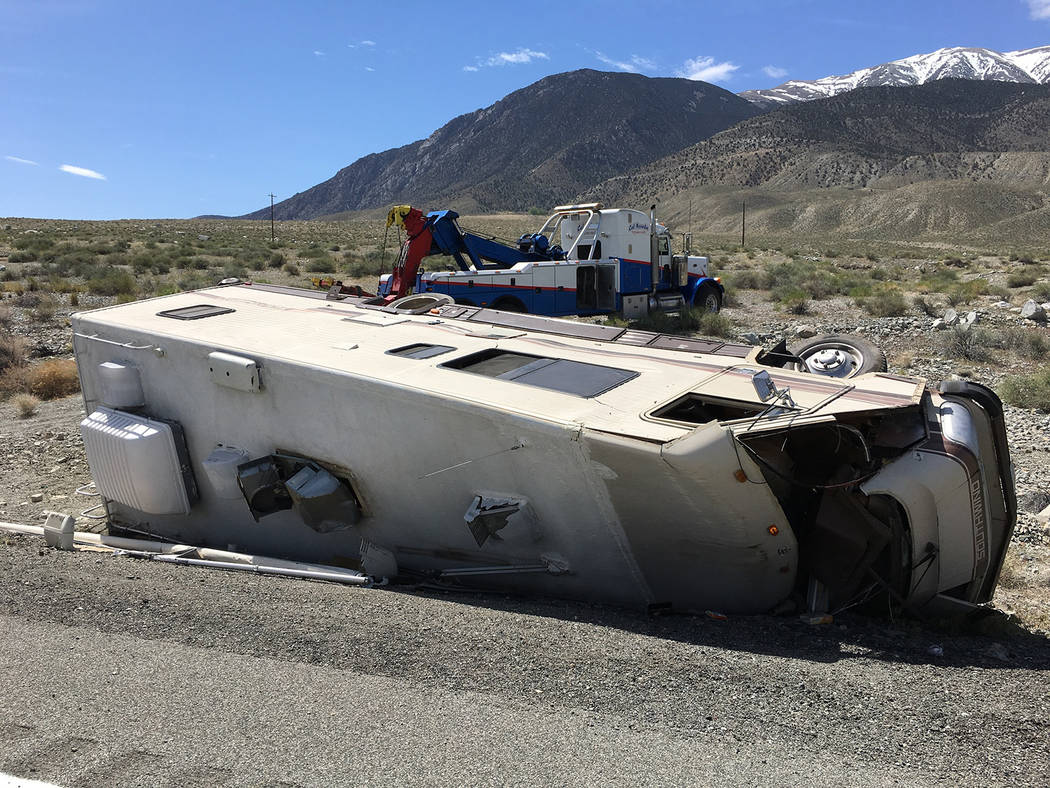 Nevada Highway Patrol A look at the overturned motorhome along U.S. Highway 95 in Mineral County on April 26. The driver was killed in the crash. 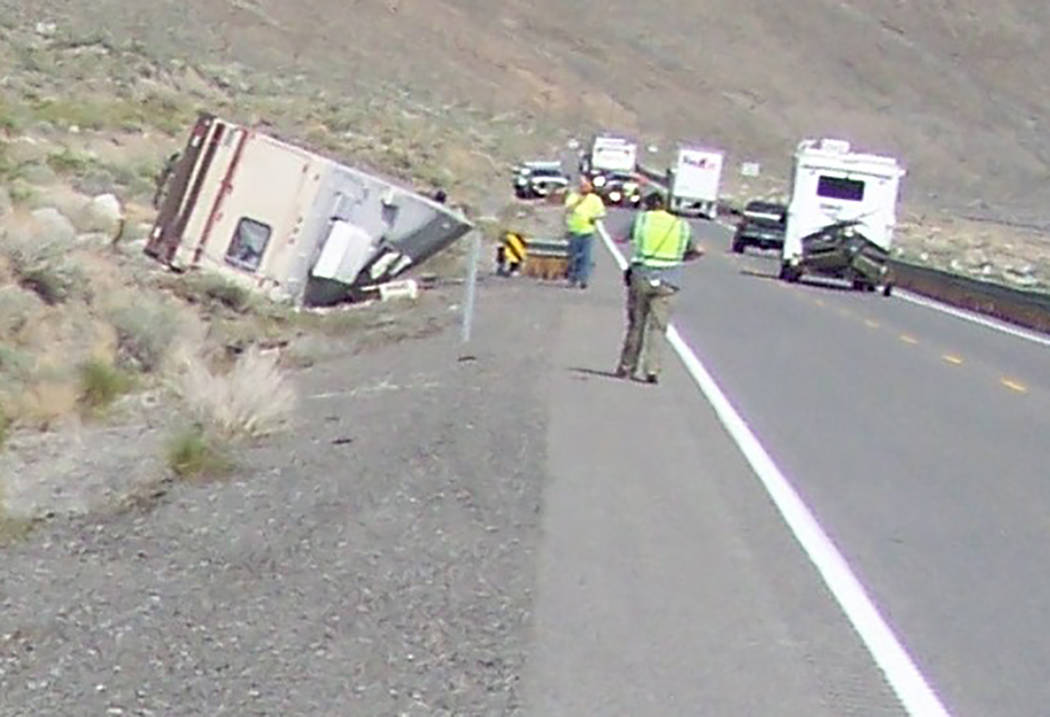 Nevada Highway Patrol Law enforcement works at the scene of a fatal wreck involving a motorhome along U.S. Highway 95 on April 26. The crash, in Nevada's Mineral County, remains under investigation.

A man killed in the crash of a motorhome that overturned along U.S. Highway 95 in rural Nevada is identified as a 70-year-old Virginia resident.

The crash occurred about 8:20 a.m. that day in Mineral County, north of Hawthorne.

The motorhome was traveling north when it struck a guardrail on the northbound shoulder, sending the vehicle across the northbound and southbound travel lanes, the NHP said.

The motorhome then traveled off the southbound shoulder of U.S. 95 and overturned onto its right side, the NHP said.

Spillman was alone in the motorhome.

The investigation is continuing.

Witnesses or anyone with information is asked to contact Trooper Chris Kelly of the NHP’s Multi-Disciplinary Investigation and Reconstruction Team. He can be reached at 775-687-9649 or ckelly@dps.state.nv.us