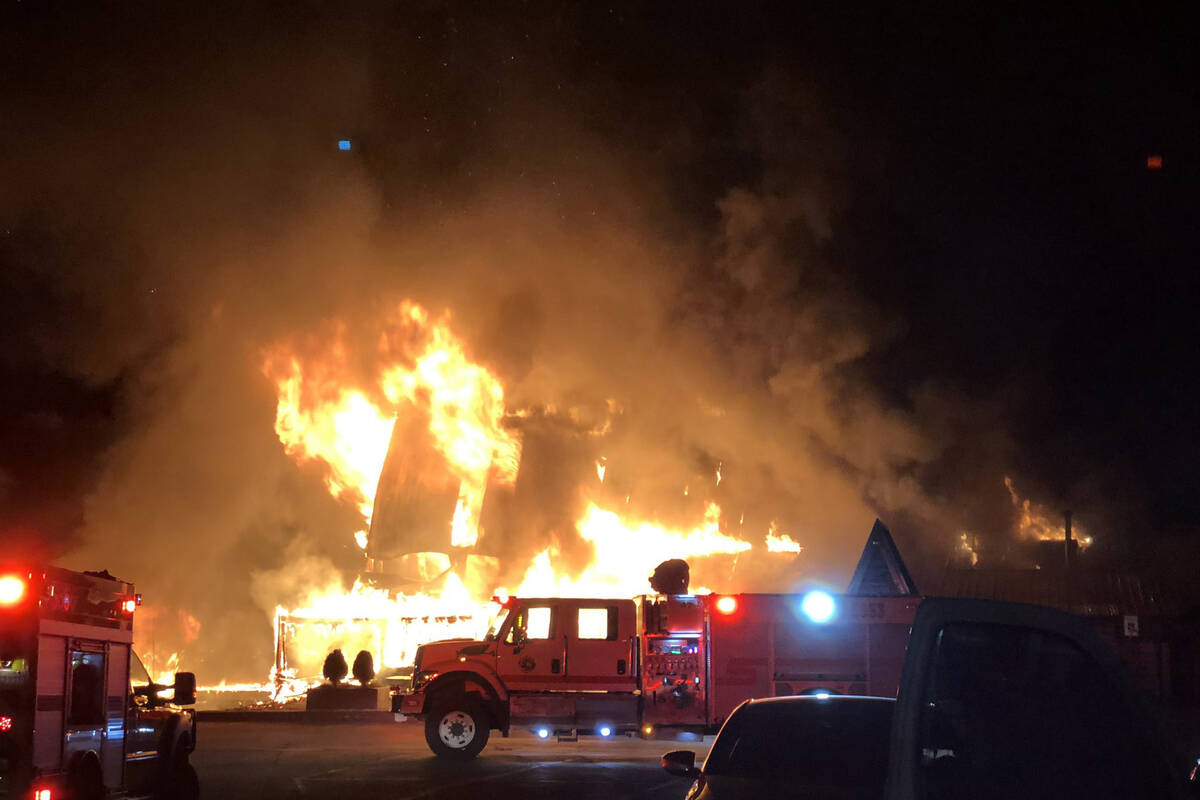 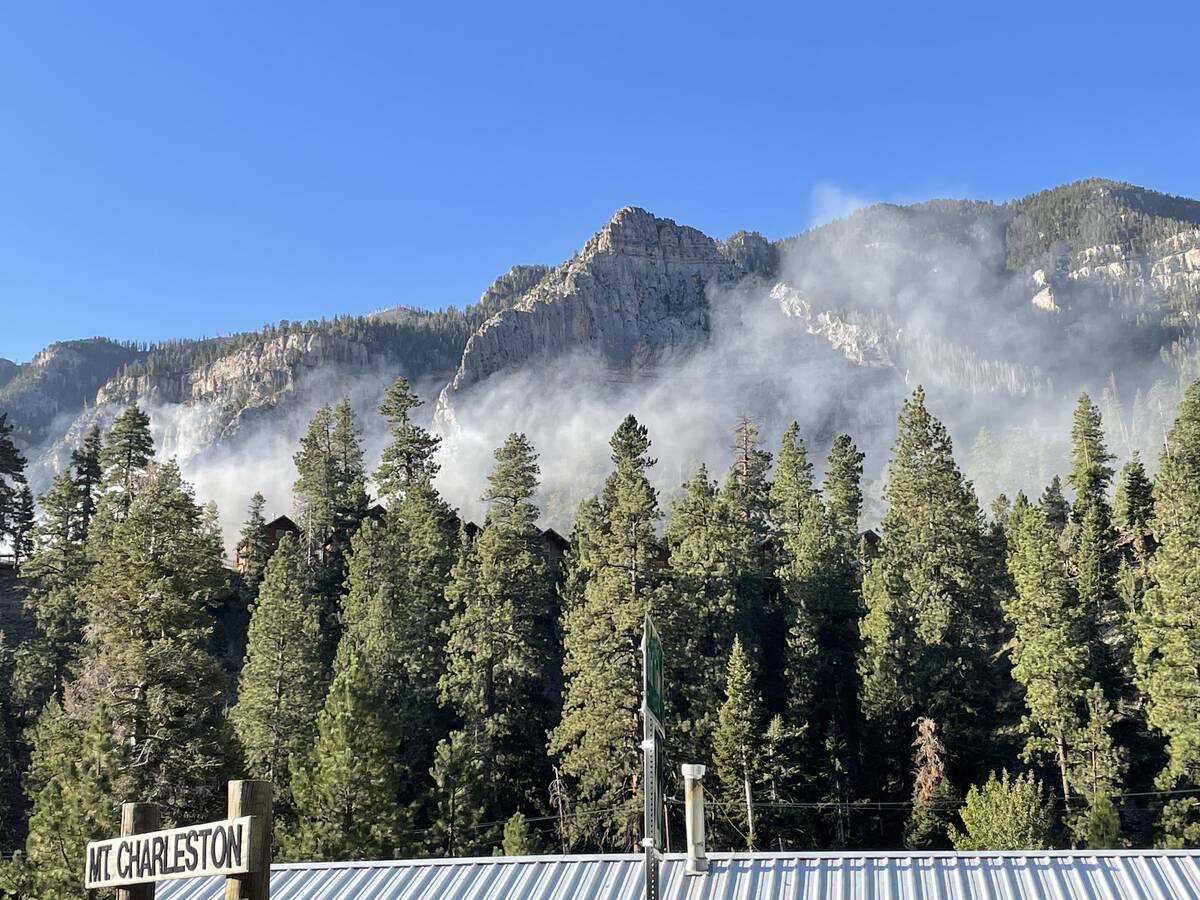 Smoke can be seen from a fire that damaged the lodge at Mount Charleston on Friday, Sept. 27, 2021. (Bizuayehu Tesfaye/Las Vegas Review-Journal) 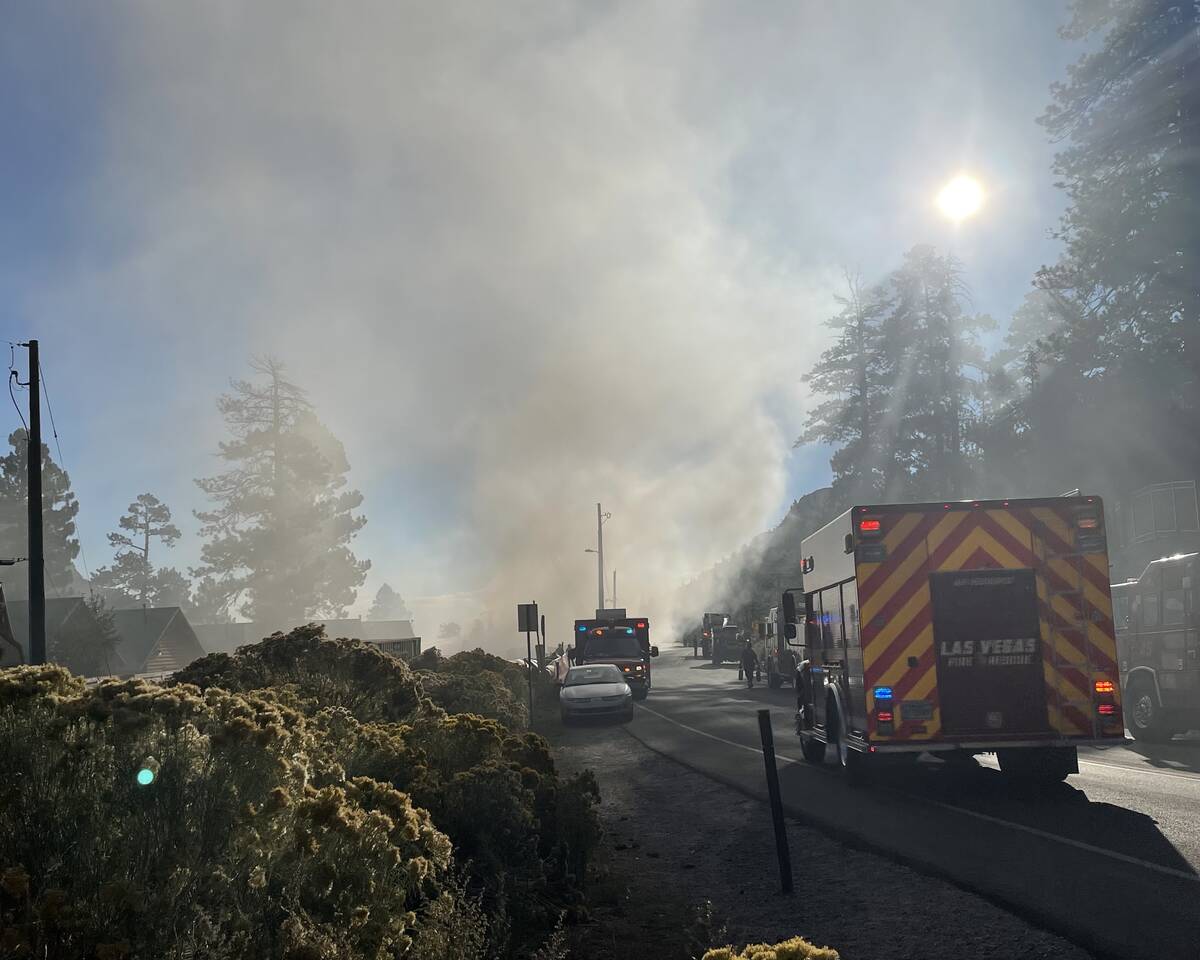 Emergency crews on the scene of a fire that damaged the lodge at Mount Charleston on Friday, sept. 21, 2021. (Bizuayehu Tesfaye/Las Vegas Review-Journal) 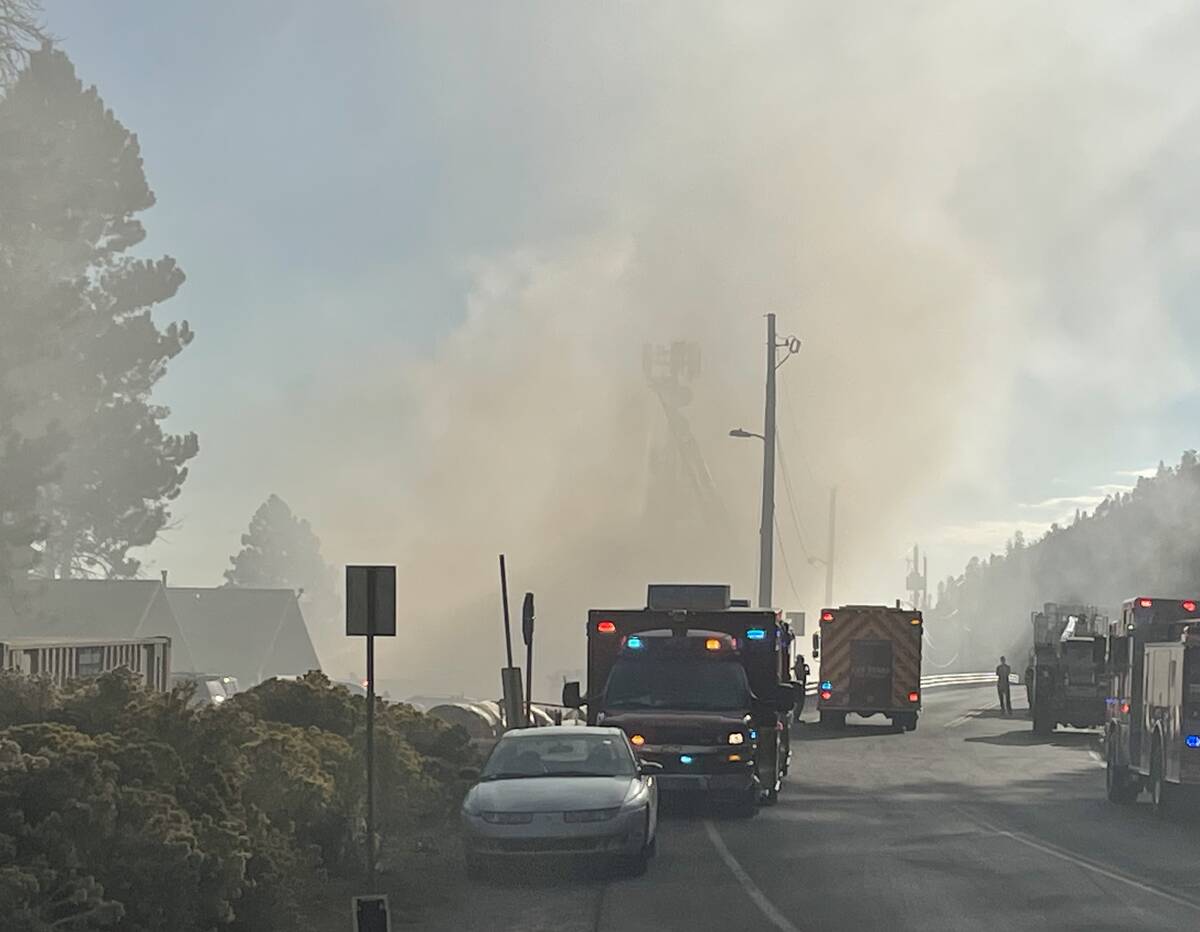 Emergency crews on the scene of a fire that damaged the lodge at Mount Charleston on Friday, sept. 21, 2021. (Bizuayehu Tesfaye/Las Vegas Review-Journal)

The Mount Charleston Lodge was “lost” to an early morning fire on Friday, a spokeswoman for the mountain retreat’s owner confirmed.

Courtney Fogle, a spokeswoman for the The Ellis Island Casino and Brewery in Las Vegas, which bought the lodge in 2018, confirmed that the main building was “lost” in the fire. Further information from the company was not immediately available.

Firefighters were called to the scene about 4:45 a.m., and when they arrived they found the dining area of the lodge engulfed in flames, Clark County Fire Department Deputy Fire Chief Thomas Touchstone told reporters Friday morning.

“It was very apparent from the very beginning that this was going to be a defensive operation, meaning we’re not going to send anybody into the interior to fight the fire because it was too dangerous,” he said.

Photos from the scene showed the lodge engulfed in flames, and a witness who was staying in one of the adjacent cabins also estimated that the lodge was a total loss.

Dari Sullivan of Henderson said she was staying at a cabin at the lodge at 7,717 feet elevation atop of Kyle Canyon in the Humboldt Toiyabe National Forest when she awoke to noise at 4:45 a.m. She and a friend emerged from the cabin and saw the lodge ablaze with flames rising to the sky.

“It was the lodge itself (that was on fire,), the restaurant,” Sullivan said. “Everybody was out in the parking lot.”

The Nevada Department of Transportation said on Twitter that State Route 158/Deer Creek Road westbound were closed at Kyle Canyon Road and the Regional Transportation Commission of Southern Nevada tweeted that there was no access to the lodge or Mary Jane Falls.

Fire officials could not immediately be reached for comment, but dispatch records showed the Clark County Fire Department was called to the scene at 4:45 a.m. Smoke was still seen in the area as of about 8 a.m.

Construction of the current lodge began in 1962, after a previous lodge on the site that had been operating since at least 1948 was destroyed by a fire in December 1961, according to news accounts.

After central A-frame building was erected, construction proceeded in phases, with a 150-person restaurant and lounge added in 1965 and 23 adjacent log cabins built later.