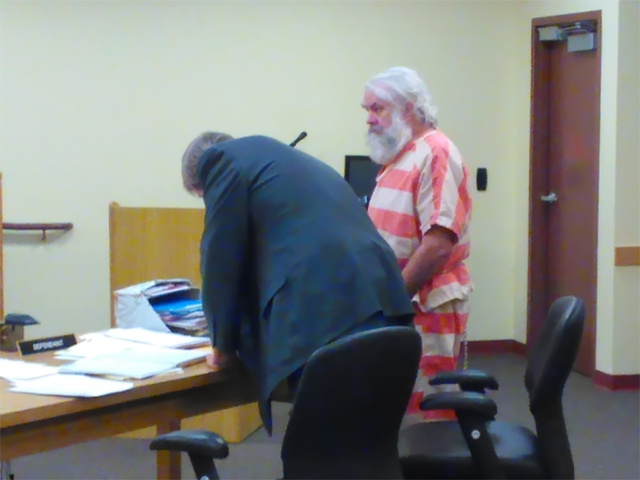 The pre-trial hearing for the man arrested for murdering his adopted mother last summer was again continued on Wednesday.

Marygold’s defense attorney, Harry Gensler, requested the continuance as ballistics testing has not returned from a Las Vegas Metro lab.

Nye County Sheriff’s deputies found the body of his stepmother, Alma Marygold, in the home they both shared.

“Your honor, we are going to request another continuance because the state sent off some things to the lab that we need to review before we go to a preliminary hearing and we don’t have them back,” he said.

Gensler was referring to the issue of DNA and forensic evidence testing. Both sides need to examine the results of the tests before the case proceeds any further.

The forensic ballistics testing relates to the bullets recovered from the crime scene.

According to the sheriff’s office, Marygold, after waiving his Miranda rights, admitted to shooting his adopted mother, Alma Marygold, twice in the chest with a .45 caliber handgun and concealing her body within the residence.

Deputies responded to the residence on West Florida Street to check on the welfare of the elderly woman after out-of-state family members called to report they had no contact with her for several days.

Family members spoke with Marygold about their mother’s whereabouts at the time. They were told she had gone camping.