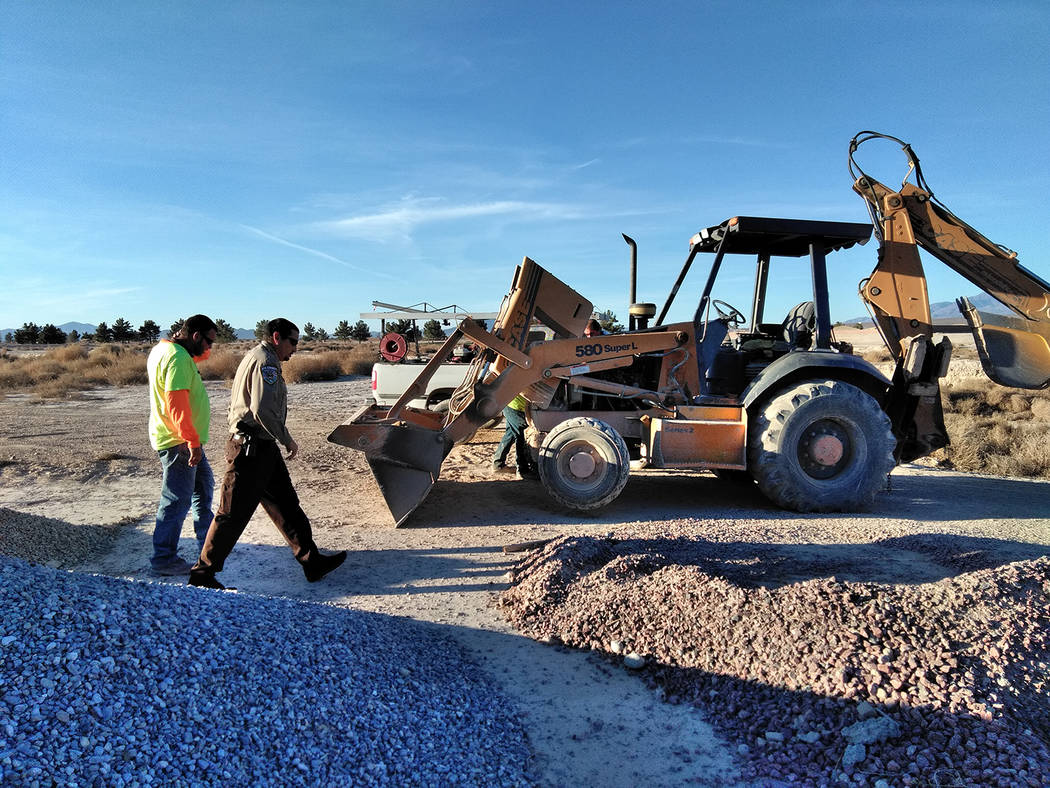 Selwyn Harris/Pahrump Valley Times A Nye County Sheriff’s Deputy gathers information from a construction worker after the arrest of local resident Michael Murphy, who allegedly made off with a golf cart and backhoe last Monday afternoon. Murphy faces several charges including being under the influence of controlled substances. 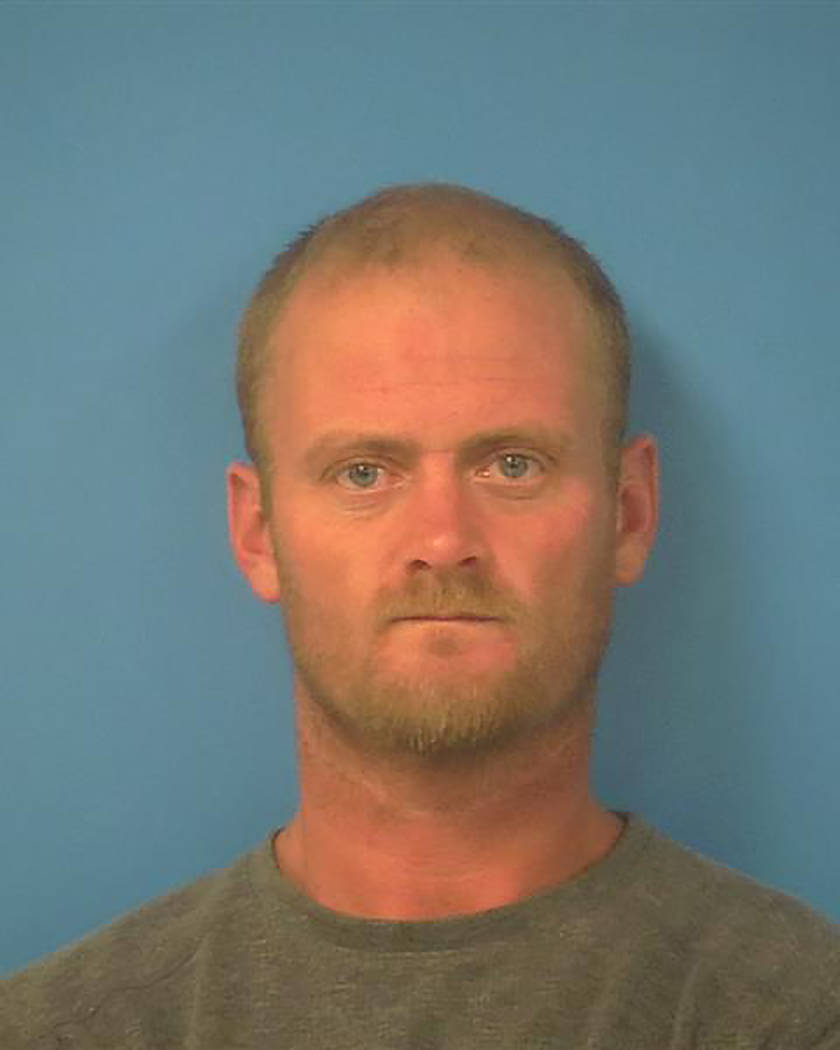 Special to the Pahrump Valley Times Nye County sheriff’s deputies responded on Dec. 11, when the man identified as Michael Murphy allegedly tried to make off with two vehicles just before 3 p.m., according to a sheriff’s office news release.

A Pahrump man appears to have made Santa’s so-called ‘naughty’ list just recently as he was arrested on several charges during a visit to the Mountain Falls Community.

Nye County sheriff’s deputies responded to that location on Dec. 11, where the man identified as Michael Murphy allegedly tried to make off with two vehicles just before 3 p.m., according to a sheriff’s office news release.

The release also said Murphy was completely naked at the time of his alleged escapades.

“Additional details included the same male had been seen swimming naked in the community pond and had attempted to steal a clubhouse golf cart prior to leaving the scene in a backhoe.”

Upon the arrival of sheriff’s Deputy Christina Sandoval, the report stated Sandoval saw a male matching the description given.

“He was walking barefoot in the middle of the street, unresponsive to surrounding traffic,” Sandoval wrote in a report. “I approached the male and asked where his shoes were and why he appeared wet. He said he lost his shoes after swimming in the pond. I then asked about the vehicles he had been seen riding in and he stated, ‘the keys were in them so I thought they were mine. I took them, so take me to jail or whatever.’”

The release noted that Sandoval obliged Murphy and promptly took him into custody without incident.

Due to his erratic behavior, the release stated, Deputy Sandoval questioned Murphy.

“Because of his trouble focusing his attention, fidgeting and nonsensical statements, I asked him what drugs or medication he had in his system currently,” the deputy wrote. “He replied, ‘who knows, lots, whatever they put in me.’”

The release went on to note that Murphy signed a consent form for drug testing at the time of his arrest.

The results showed Murphy tested presumptive positive for benzodiazepines, which are a class of addictive drugs used for the treatment of such maladies as anxiety, insomnia and panic disorders.

He was then booked in the Nye County Detention Center on the unlawful taking or possession of a vehicle, under the influence of a controlled substance, and indecent exposure.