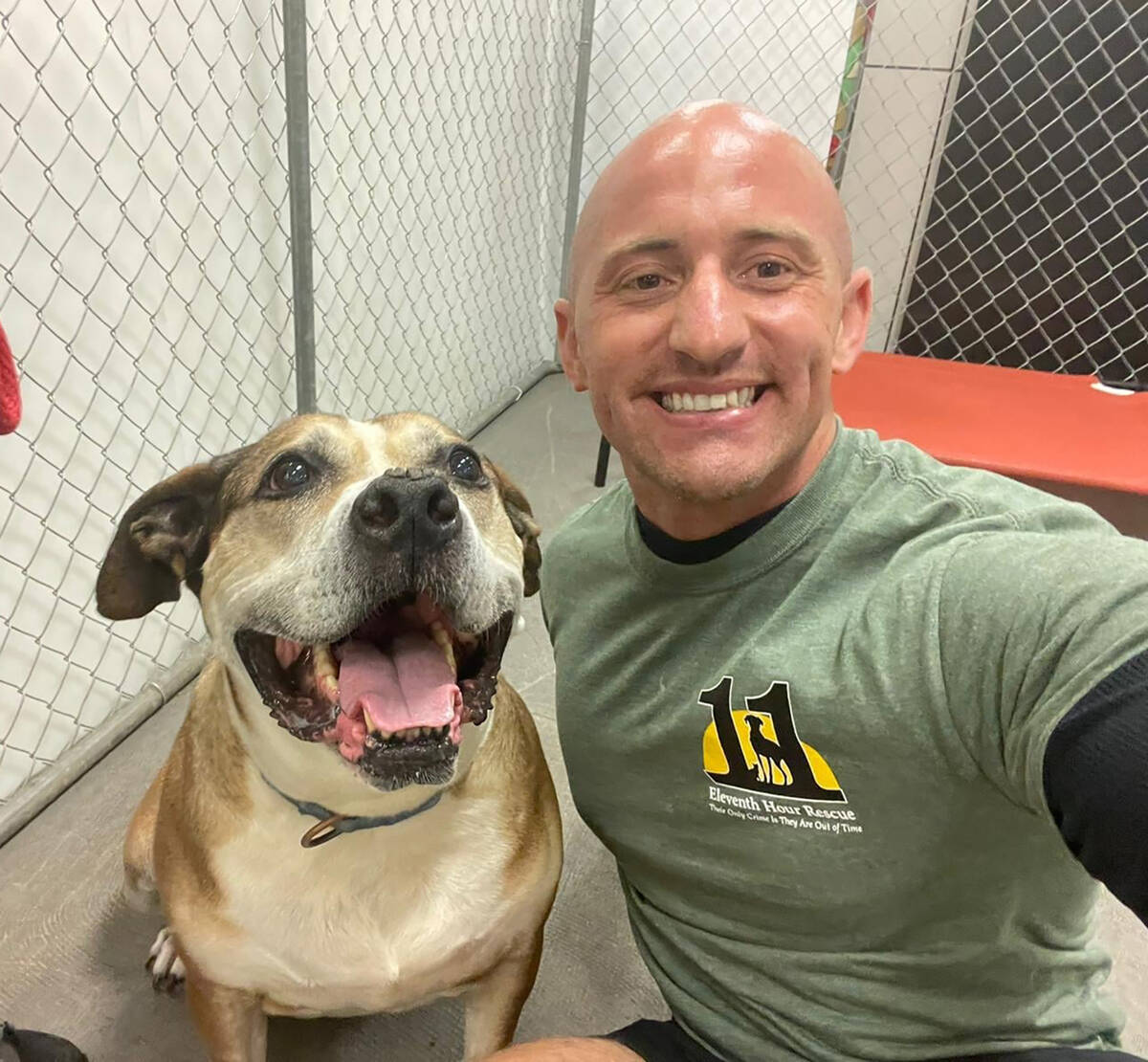 Special to the Pahrump Valley Times Jordan's Way founder Kris Rotonda is passionate about changing the lives of shelter animals and is hosting a 50-state tour to raise awareness and funding for shelters and rescues all around the country. 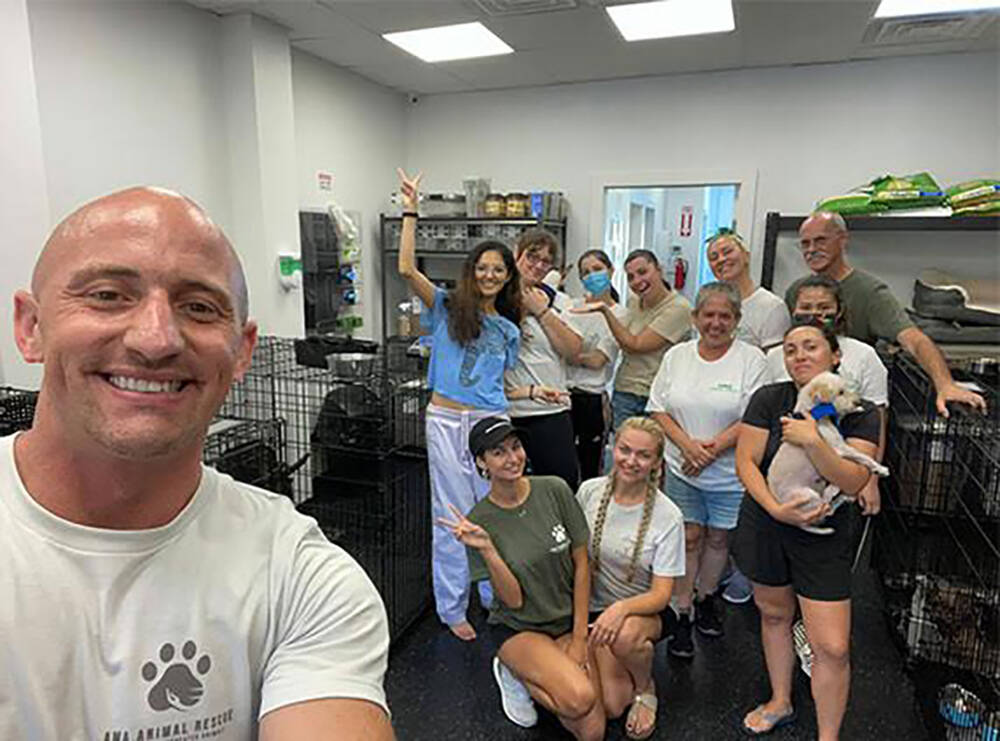 Special to the Pahrump Valley Times Jordan's Way volunteers are pictured posing for a photograph. Founder Kris Rotonda and volunteers will be making a stop in Pahrump on Monday to host a live Facebook fundraiser to benefit Desert Haven Animal Society. 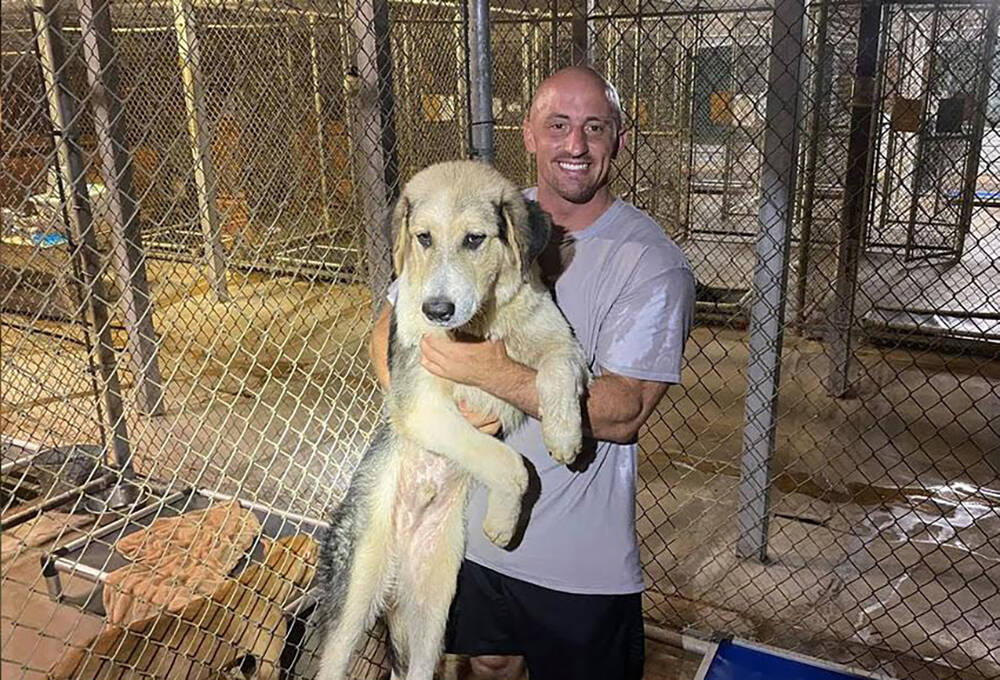 Special to the Pahrump Valley Times Jordan's Way founder Kris Rotonda believes all animals, regardless of their age, breed or health issues, deserve a loving home and his national nonprofit strives to help shelters and rescues across the U.S. 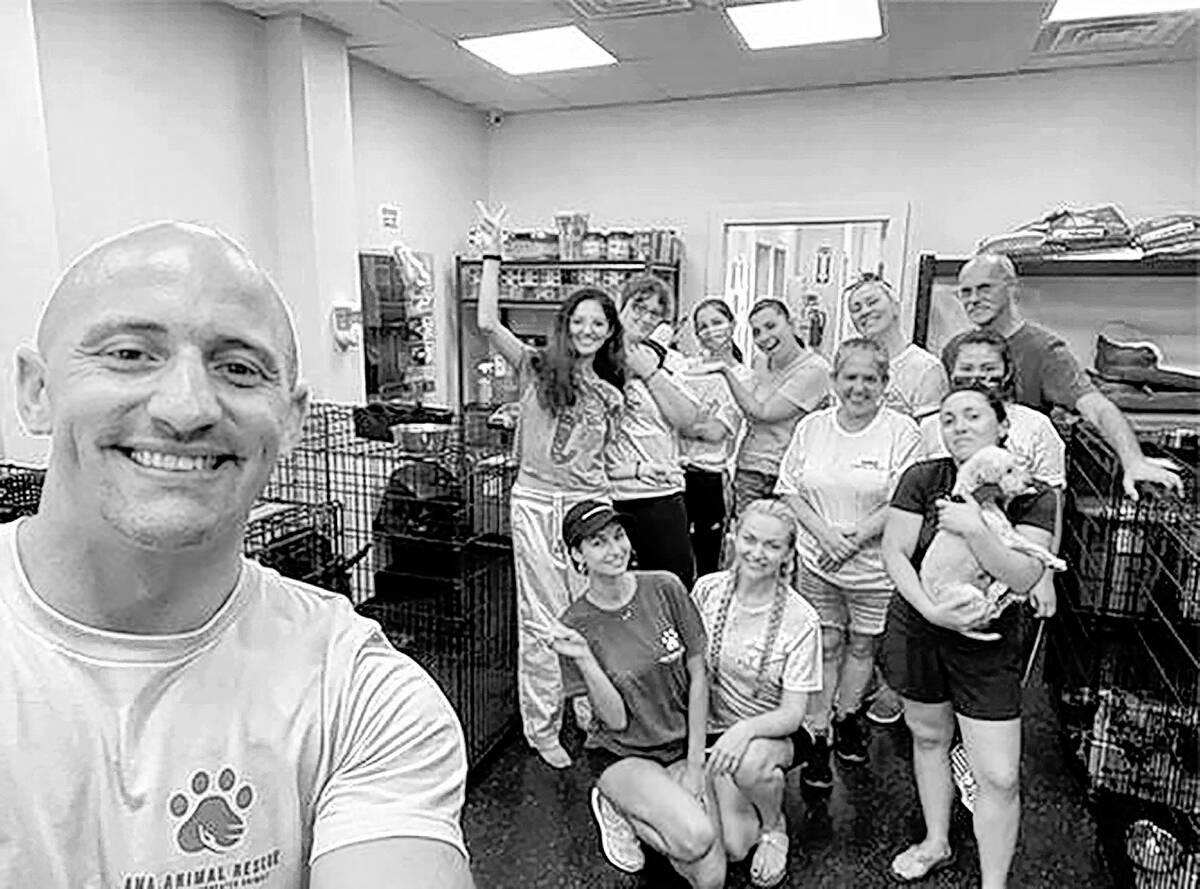 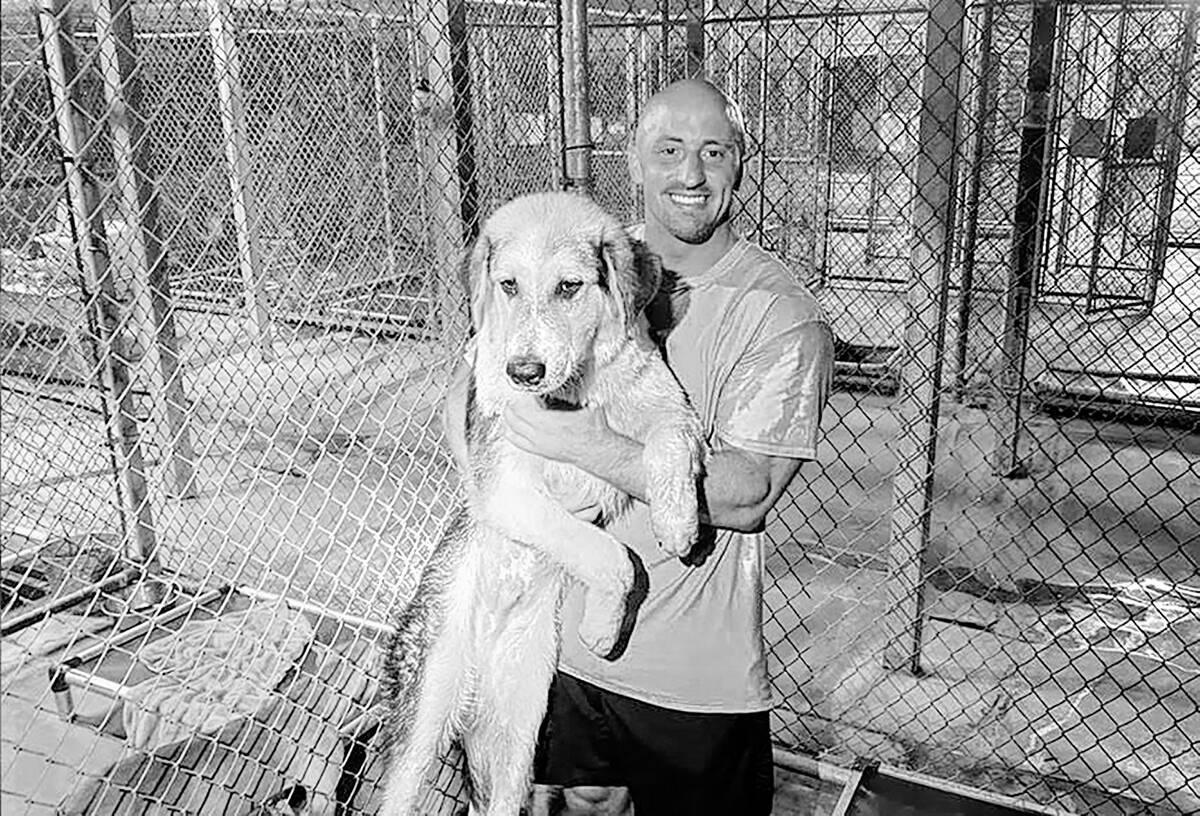 Animal welfare is a subject that is very dear in the hearts of many Pahrump Valley residents and locally, Desert Haven Animal Shelter is dedicated to providing services for the area’s many stray and abandoned pets, with the ultimate goal of giving them the happy life they deserve by reuniting them with the families or placing them in loving, “furever” homes. This task does not come cheaply, however, and funding for the nonprofit is a key part of its mission to save and protect animals.

Next week, a national nonprofit known as Jordan’s Way will be making a special stop at Desert Haven Animal Society with the specific objective of bringing in some much-needed cash for the shelter, as well as to raise awareness for animal welfare as a whole, and the community is encouraged to show their support for their furry and feathered friends by taking part.

“Jordan’s Way, a national nonprofit movement with one goal, to raise awareness for shelter pets, will visit Nevada as the next stop on its 50-state tour, partnering with Desert Haven Animal Society in Pahrump on Monday, Nov. 8 from 10 a.m. to 2 p.m.,” an announcement from that organization detailed. “Named by (founder) Kris Rotonda after his own rescue dog, Jordan, who spent most of her life in a shelter prior to her adoption, Jordan’s Way visits two states every month, marking out stops with area animal shelters to offer fun challenges and bring new meaning to the saying, ‘adopt, don’t shop’. Thus far, the tour has visited 41 states, raising over $2.35 million since its inception in January.”

When asked why Desert Haven Animal Society had been selected as one of the shelters to stop at along the Jordan’s Way tour, Rotonda told the Pahrump Valley Times, “We always put out a call on Facebook for nominations for locations we are going to visit to see which shelters or rescues in that area are most in need from word-of-mouth. Desert Haven Animal Society had close to 70 nominations, with some of the stories coming in as truly heartbreaking, so we knew that we’d have to go!”

Anyone who wishes to join in the fun and excitement on Monday can do so either in person at the shelter, or for those who may not be able to make it down, they can take part virtually by watching the Facebook Live coverage of the event. Rotonda himself and a variety of volunteers for Jordan’s Way will be out at the shelter on Monday and will conduct a four-hour live Facebook fundraiser that is set to feature all sorts of games and challenges, as well as spotlighting the adorable pets that are up for adoption at the shelter.

“We’re going to begin with a pie in the face challenge, followed by a ‘Burger Mania’ challenge, which is where, if we reach a $5,000 fundraising goal in under four hours, every dog in the shelter will get a burger,” Rotonda said. “If we reach our goal of $15,000 the shelter director will stay in a kennel overnight, to bring awareness to the lives these shelter animals endure.”

Those who cannot participate in person or watch the event live can also chip in by simply making a donation directly to the fundraiser.

“No animal should have to spend their life in a shelter and I’m passionate to highlight and support the many organizations across our country who work relentlessly to ensure these pets find loving homes, despite their age, breed or health issues,” Rotonda said. “Each stop on the Jordan’s Way tour offers the ability to bring awareness to the importance of the saying, ‘adopt, don’t shop’ to an entirely new community.”

The Jordan’s Way tour will be at Desert Haven Animal Society, 1511 E. Siri Lane, on Monday, Nov. 8 from 10 a.m. until 2 p.m. The event will be live-streamed and can be accessed by visiting bit.ly/3weYU8r

Donations can also be made using the same link.

For more information on Jordan’s Way visit www.JordansWayTour.com and for more on Desert Haven Animal Society, visit its Facebook page or stop by the shelter.