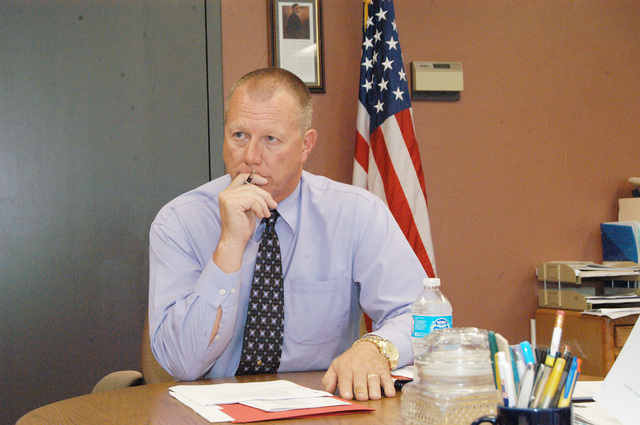 The funds are used to finance acquisition, construction and purchase equipment of school facilities.

The two committees will be composed of at least three citizens who favor the action and those who do not.

Earlier this month, the district advertised the formation of the committees.

Nye County Clerk Sandra Merlino said the committees will have until June 23 to prepare and submit the respective arguments.

“The committees are not required to comply with the Nevada Open Meeting Law. They will meet and conduct their affairs as necessary to fulfill the requirements. They may also seek and consider comments from the public,” she said.

A yes vote along with the approval of the Nye County Debt Management Commission, would permit the district to continue to issue bonds between the date of the initial authorization and November 2024.

A no vote on the other hand, would prevent the district from issuing the general obligation school bonds for new capital projects.

NCSD Superintendent Dale Norton said district officials need input from the community on whether to renew the current bond that’s been in place for years, pursuant to Nevada Revised Statute (NRS) 295.121.

The general obligation school bond will not result in an additional increase of school bond property taxes.

At present, the existing school bond property tax rate is 58.5 cents per $100 of assessed value.

“This is not an additional tax that will be put on anybody’s tax bill. It is currently active right now. In order for the school district to continue to move forward with repairs and the equipping of schools not just in Pahrump but across the entire district,” he said.

As of late, the district has wrapped up several projects in the Pahrump attendance area.

“We currently have an elementary school on the docket in Tonopah which is desperately needed and we would certainly like the taxpayers to support us to continue to move forward which is keeping that on the tax docket. It’s a huge question for us and we appreciate any support that the communities will give us, not just in the Pahrump area but everywhere across Nye County,” he said.

Duckwater schools’ roof according to McRae is also past due for renovations.

“Some of it are renovations and others are preventive maintenance,” he said.