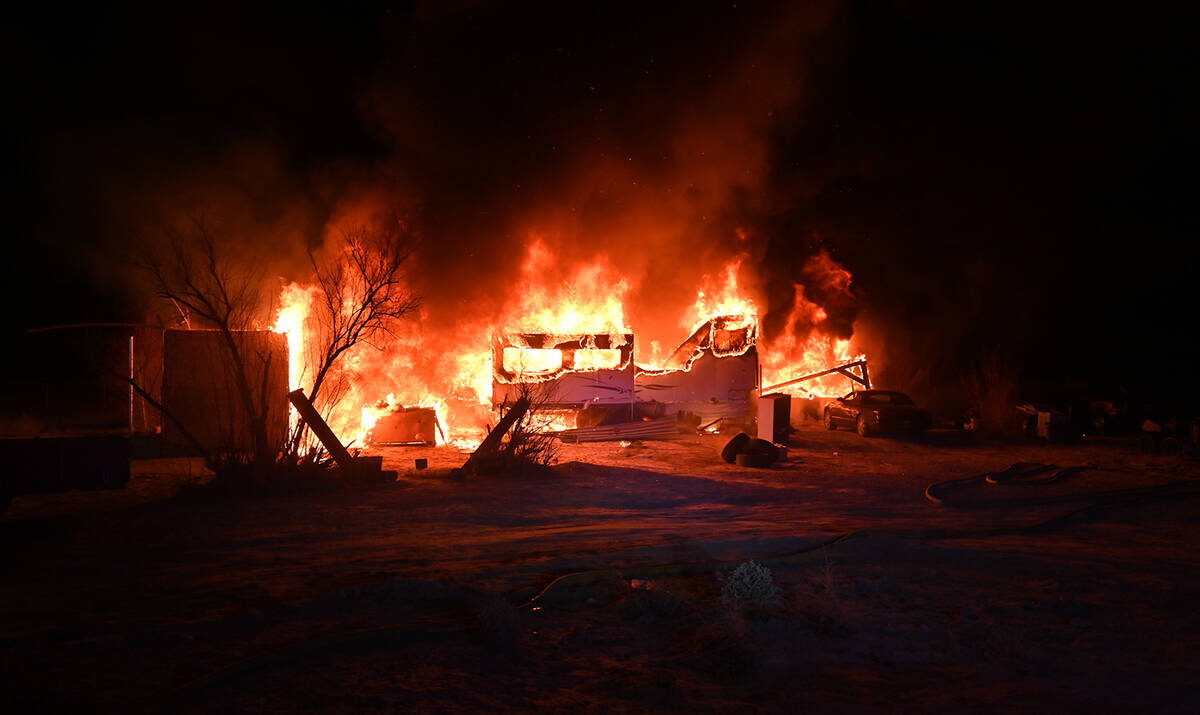 Special to the Pahrump Valley Times The initial investigation revealed the cause of the Ambler Way fire was most likely an accidental ignition source from within the structure itself, according to Fire Chief Scott Lewis. 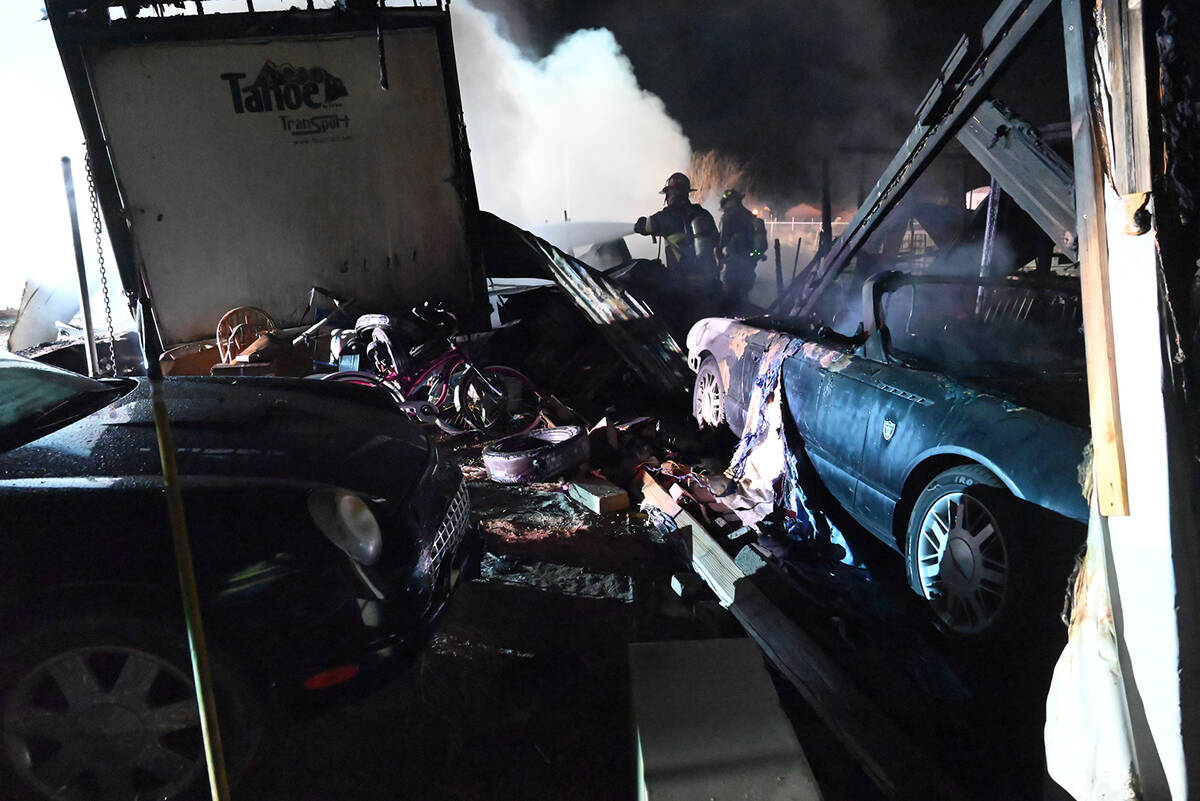 Special to the Pahrump Valley Times Several vehicles and personal property sustained significant damage in the fire. The sole occupant of the travel was medically assessed but refused transport to the hospital.

Fire destroyed a travel trailer and damaged two vehicles at a residence along the 2300 block of West Ambler Way on Saturday evening.

Pahrump Valley Fire and Rescue Services crews were dispatched to the property just before 10:30 p.m. for what was initially reported as a vehicle fire, according to Fire Chief Scott Lewis.

“As crews were reacting and manning the apparatus, we were informed that it was actually a trailer home used as a fixed structure so that changed the nature away from a vehicle to an actual structure fire, adding a full first alarm structure assignment,” he said.

As crews were responding, they observed a large glow in the sky and a well-developed smoke column.

Lewis said several large explosions from propane tanks were occurring on the property as crews arrived on the scene.

“As we arrived at the location, we confirmed a well-involved fifth-wheel trailer that had extended to other personal property and makeshift structures including two vehicles that were closely placed next to the structure,” he said. “We also encountered several explosions as well as a failure of a fuel cell in a fifth-wheel toy hauler type trailer. A fuel spill dumped gasoline onto the ground which ignited and created a fireball for our firefighters to combat, so it became a defensive exterior objective. Crews made great progress and halted the extension of the fire to the other materials.”

Lewis also noted that crews from Valley Electric Association were also summoned to the fire grounds to secure the power to the property.

Meanwhile, the initial investigation revealed the cause of the fire was most likely an accidental ignition source from within the structure itself.

“It gave us a really good idea of what happened in that fire,” he said. “We had a smoke column develop and then an explosion just ignited the entire building at one time. There were several subsequent explosions within very short fashion causing extreme damage to the structure itself.”