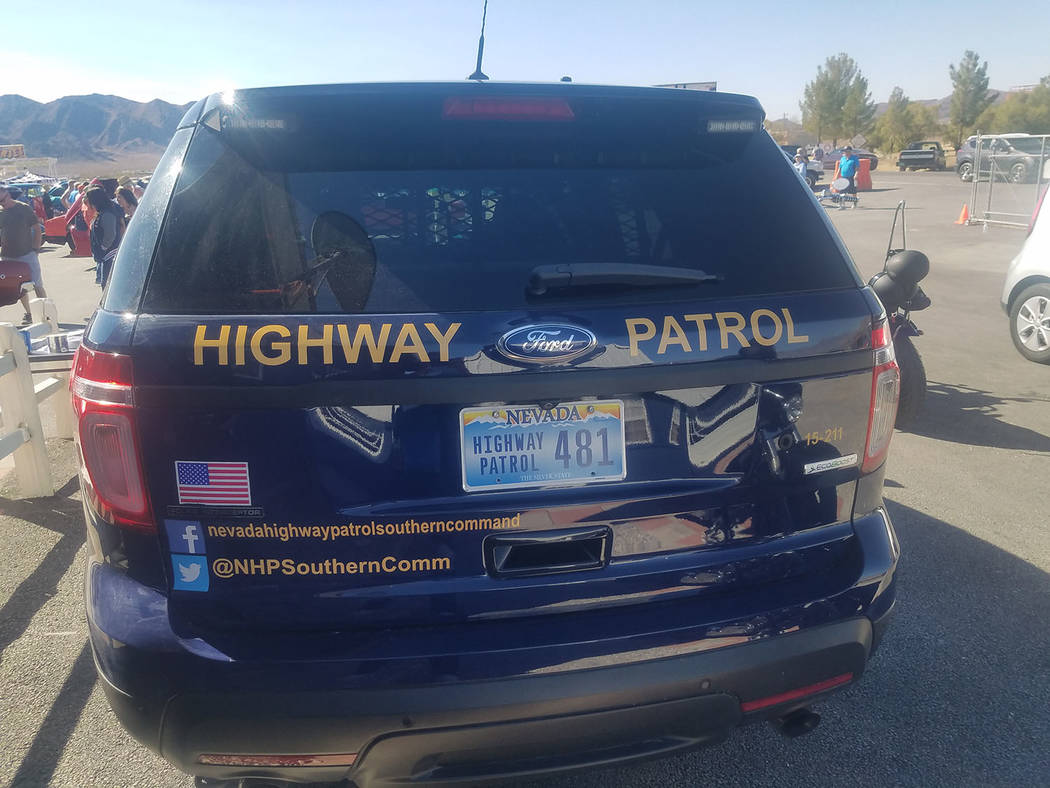 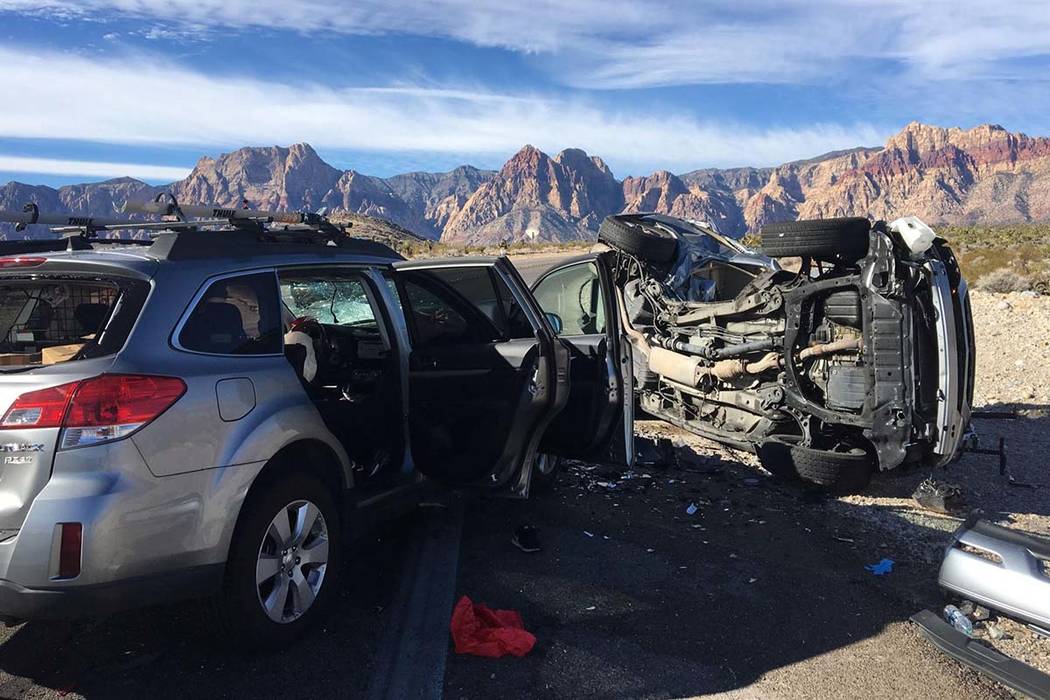 NHP troopers are joining forces to increase high-visibility patrols between February 28, and March 13, this year for motorists exceeding the speed limit. As stated in a news release, speed was a contributing factor in more than 30 percent of all fatal crashes in the Silver State. (Trooper Travis Smaka/Nevada Highway Patrol)

Nevada Highway Patrol (NHP) officials have a message for motorists traveling throughout the Silver State.

“If you speed on our roadways, chances are you will see a trooper in your rear-view mirror.”

That sage message comes as NHP troopers are joining forces to increase high-visibility patrols between Feb. 28, and March 13 this year for motorists exceeding the speed limit.

As stated in a news release, speed was a contributing factor in more than 30 percent of all fatal crashes in the Silver State and beyond.

“One-third of fatal crashes nationwide involve speeding, a statistic that is prompting local law enforcement officers to crack down on aggressive drivers and speeders in Nevada,” the release stated. “Driving too fast can turn a near miss into a crash, or a fatality.”

Additionally, NHP officials noted that exceeding the speed limit or driving too fast for the conditions is one of the most common factors contributing to traffic crashes and costs our country billions of dollars every year.

“The National Highway Traffic Safety Administration (NHTSA) estimates that the annual cost to society of speeding-related crashes is $40.4 billion per year,” officials said.

“The goal is to save lives by increasing public awareness about the dangers of making poor choices while driving. The Nevada Highway Patrol will be joining forces with agencies statewide to target speeders on Nevada’s highways.”

Funding for the extra patrols, the release stated, is made possible by Joining Forces, which is a multi-jurisdictional law enforcement program funded by the Office of Traffic Safety, aimed at reducing injuries and crashes through statewide enforcement of traffic safety laws.

Additional information about safe driving and the state’s Zero Fatalities goal is available online at www.zerofatalitiesnv.com