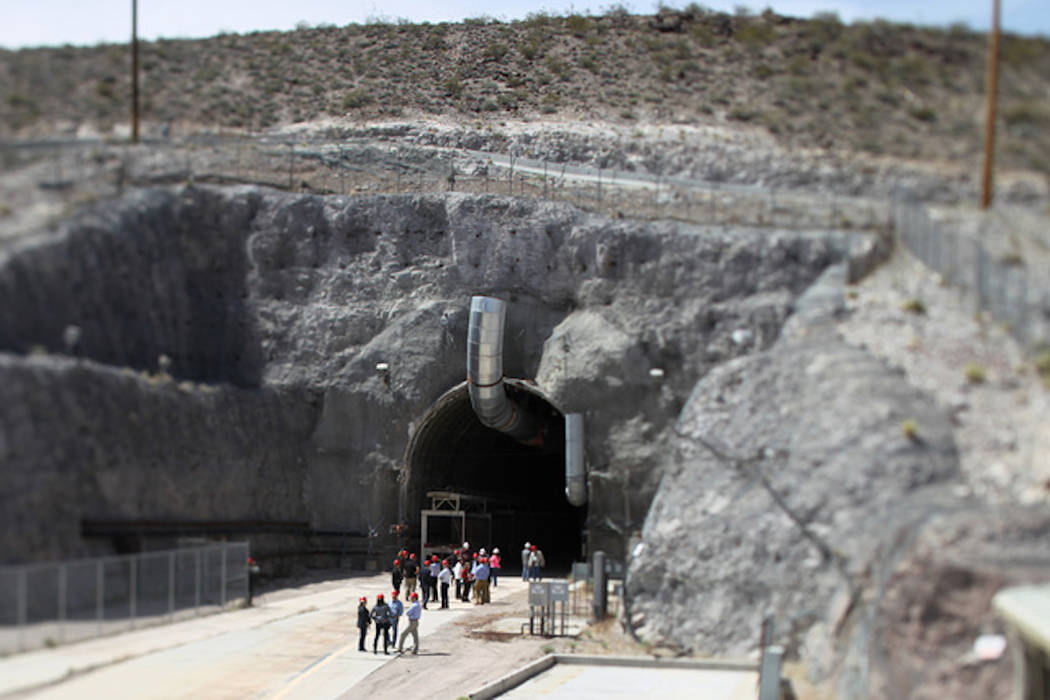 CARSON CITY — Nevada is ramping up its fight against the proposed Yucca Mountain waste dump, with a contract for nearly $1 million for legal services up for a vote.

This third amendment to the contract with the Virginia firm Egan &Associates would bring the deal’s total value to nearly $8.5 million through March 30, 2018.

The contract, funded through the Nevada attorney general’s office, was up for consideration this week by the Board of Examiners.

Gov. Brian Sandoval, one of three panel members, has maintained the state’s opposition to the proposed nuclear waste repository for the site about 100 miles northwest of Las Vegas.

Attorney General Adam Laxalt, who also serves on the board, has also vowed to fight the project.

There are local supporters, though. U.S. Rep. Mark Amodei, R-Nevada, and several rural Nevada counties, including Nye, support moving forward on the licensing process to determine whether Yucca Mountain would be a safe site for permanent nuclear waste storage.

A message was left Wednesday with Nye County, seeking reaction to the state contract for legal services.

The contract will provide outside counsel to assist with the Yucca Mountain litigation and to represent the state before the U.S. Nuclear Regulatory Commission.

Yucca Mountain was designated by Congress in 1987 as the proposed site for permanent storage of nuclear waste produced by power plants nationwide, but that effort was defunded during the Obama administration.

Work at the site stopped years ago, and nothing remains but a five-mile exploratory tunnel that cannot be used for storage or disposal. The site would require 40 miles of tunnels to accept waste.

President Donald Trump included $120 million in his budget blueprint for fiscal 2018, which starts Oct. 1, to restart the licensing process on the Yucca Mountain repository.

The NRC has estimated it will take three to five years to complete the process.

The state is prepared to contest more than 200 elements of any Department of Energy license application.

In July, the Board of Examiners approved an increase in another Yucca Mountain-related contract between the attorney general’s office and Adams Natural Resources Consulting Services by $150,000.