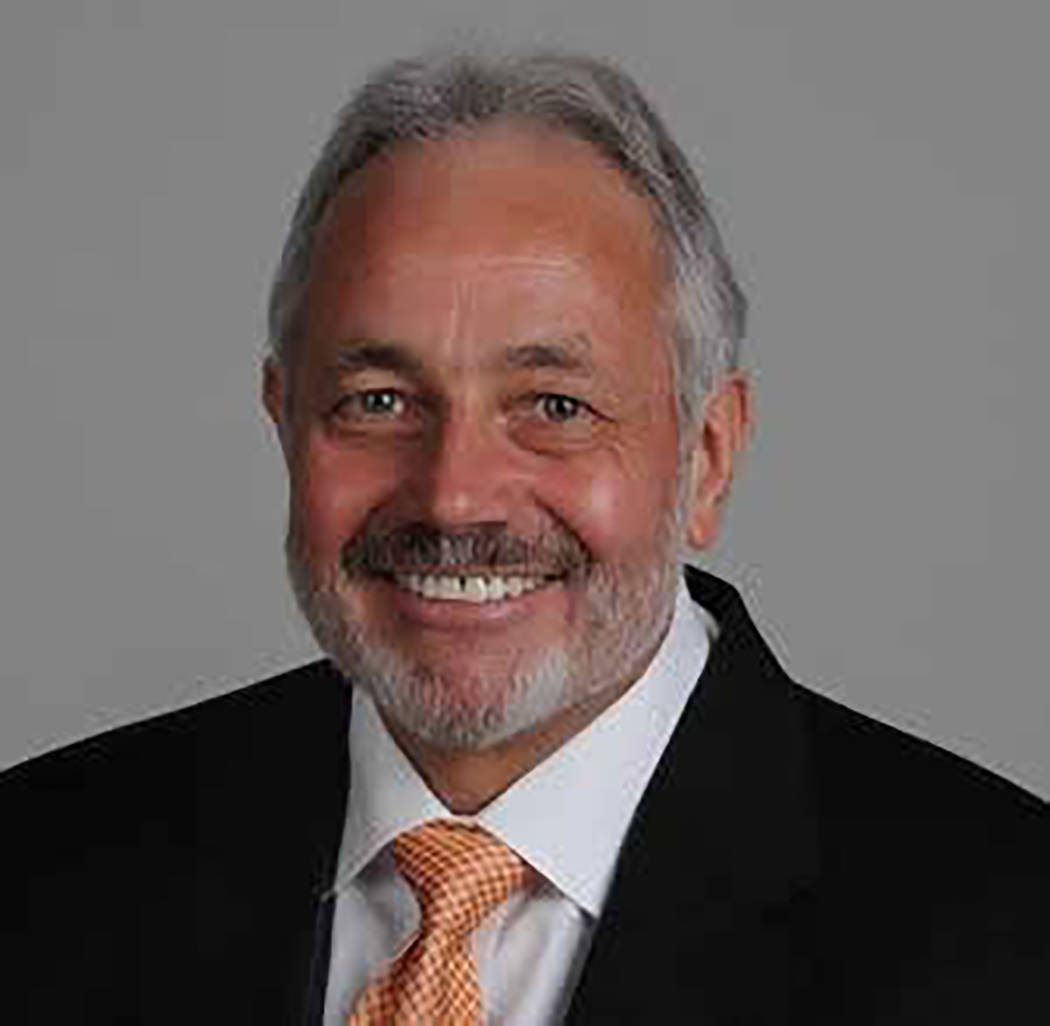 Nevada’s 2nd U.S. House Rep. Mark Amodei, R-Carson City, said that he will run for re-election in 2018, even though in the past, he has flirted with the possibility of running statewide — for either governor or attorney general.

“Everything we are doing is in anticipation of being a candidate to continue to represent Nevada’s 2nd Congressional District in the 2018 election,” Amodei said recently on Nevada Newsmakers.

Amodei also addressed the possibility of running for statewide office. Some pundits saw him as a perfect GOP candidate for attorney general and Amodei had said he was considering that. Now, he said, that discussion is over.

“That decision is, listen: I’m not going to be a candidate for statewide office.”

Amodei said he would have to spend a lot of time in Las Vegas if he ran statewide, which is outside of Nevada’s 2nd Congressional District.

“I love this state but you would have to spend a large amount of time in Las Vegas campaigning while you are still trying to be the congressman from Northern Nevada,” Amodei said. “And you know what? That is not going to work well, at least not with me. Maybe there are people who could do it but it is one of those things where you recognize your own mortality. You’re going to end up doing a bad job on both.”

Amodei first said publicly he was thinking about running for statewide in August of 2016 — either for governor or attorney general — although he always left the door open to return Congress.

Amodei, a former state senator and chairman of the Nevada Republican Party, was first elected to Congress in a 2011 special election. The congressional seat became open after then-Rep. Dean Heller, R-Carson City, was appointed to the U.S. Senate by Gov. Brian Sandoval to fill a vacancy left by the resignation of former Sen. John Ensign.

Amodei recently voted to repeal portions of the Affordable Care Act, after he first said he would not vote for the original U.S. House health-care bill. He said he changed his mind when officials with the Department of Health and Human Services assured him that the new bill would cover Nevada’s Medicaid expansion in the future.

They say ‘You’ve been bullied (by the Trump Administration),’ ” Amodei said. “I saw that (Nevada Medicaid expansion) was my issue. That got resolved. I was not voting for it if you are going to leave my state in a hole.”

A recent poll commissioned by Save My Care, a health care advocacy organization, said voters in Amodei’s district rated him unfavorably 48-35 shortly after the health-care vote. Only 31 percent said they approved of Amodei’s job performance while 47 percent said they disapproved, according to a story by Seth Richardson in the Reno Gazette-Journal.

Amodei has won each of his congressional elections by a wide margin.

In 2016, Democrat Chip Evans took 36.9 percent of the vote. It was the largest vote percentage of any Democratic opponent in any of Amodei’s four congressional elections. No Democrat has ever won a general election for Nevada’s 2nd U.S. House District since the district was created after the 1980 census.

As anecdotal evidence of his district’s mindset, Amodei told this story last week:

“I was in a restaurant in the area in the last week. A lady comes up to me and says, “Are you Mark Amodei? I said ‘Yes I am.’ She says, ‘I support you 100 percent. I support the president 1,000 percent.’ So you sit there and go, these are indeed interesting times.”

Amodei said he is expecting a primary challenge from former GOP U.S. Senate candidate Sharron Angle. He also talked about possible opponents in the general election in 2018.

“There are names out there,” Amodei said. “Sharron Angle has said she wants to do a primary. Some of the (Democratic) folks on the Reno City Council — Councilman (David) Bobzien and Councilman (Oscar) Delgado names’ have come up.

“Names come up all of the time,” Amodei said. “That is one of the beautiful things about our system. Come on in, the water’s fine — for whoever wants to come swimmin’.”