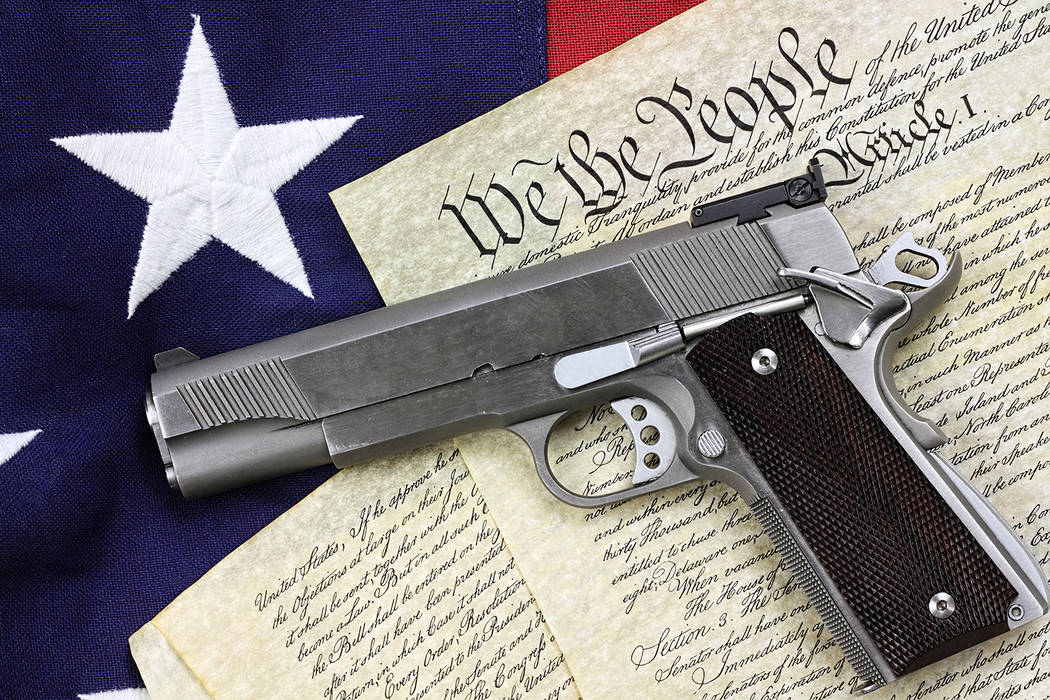 Handgun lying over a copy of the United States constitution and the American flag. 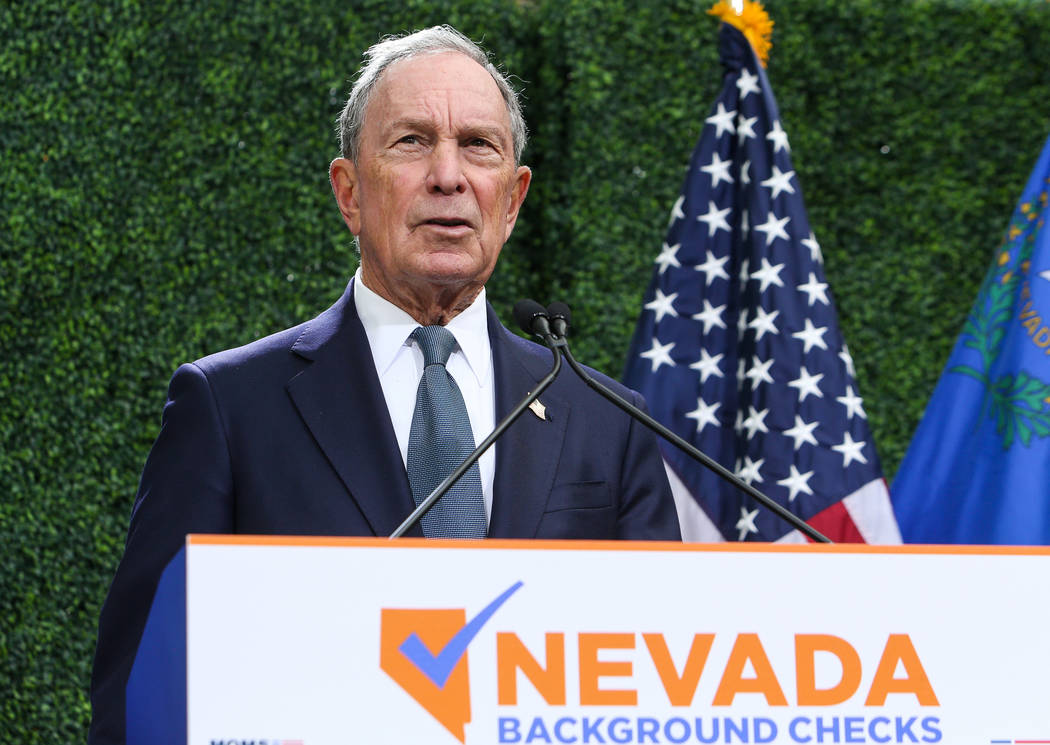 Now, with the Republican AG no longer in office and Democrats holding the majority at the Nevada Legislature, pro-gun-control lawmakers have seized on their chance to bring the legislation back.

However, some are not prepared to take the action lying down and certain counties in rural Nevada are stepping forward to formally oppose the enactment of the background check law, including Nye County.

Although the 2019 Legislative Session had only been in session for less than two weeks, in an astonishingly fast move, the Legislature passed Senate Bill 143 on Feb. 15, and Gov. Steve Sisolak, D-Nevada, gave it his stamp of approval. This bill provides for almost exactly the same background check requirements as those found in 2016’s Nevada Ballot Question 1, known as the Background Check Act, but with one key exception.

“Existing law concerning background checks for the sale or transfer of firearms is contained in the Background Check Act, which was proposed by an initiative petition and approved by voters at the 2016 General Election,” the Legislative Counsel’s Digest of Senate Bill 143 reads in part.

The law becomes effective Jan. 2, 2020, but some are already bracing to push back against it. Nye County Sheriff Sharon Wehrly, for one, has taken the opportunity to voice her opposition loud and clear, sending a letter to governor Sisolak declaring that she and her office will not enforce the newly signed background check law.

“I will not participate in the enforcement of this new law and certainly won’t stand silent while my citizens are turned into criminals due to the unconstitutional actions of misguided politicians …” Wehrly wrote.

Several county commissions in Nevada are also set to vote on whether or not to oppose such kinds of the legislation.

The Nye County Commission will discuss this possibility at its next meeting, scheduled for 10 a.m Monday, March 11. The meeting will take place in Tonopah but will be teleconferenced to the commissioner’s chambers in Pahrump, as well.

The agenda item takes the form of a resolution and the scale of the language is much broader than just the background checks issue. The resolution outlines a stance of opposition to any and all laws that would restrict the Second Amendment rights of Nye County citizens.

The resolution lays down a list of what the county would consider “infringement.” This includes, but is not limited to, “…laws that deny due process for the civil forfeiture, seizure, confiscation, destruction or other regulation of privately owned and possessed firearms by persons who have not been adjudicated as prohibited possessors,” and, “…laws that order the surrender, civil forfeiture, seizure, confiscation or destruction of property that was not illegal prior to 2019.”

The resolution also lists the establishment of a centralized database for firearms ownership as something it would consider infringement, along with firearms laws that are not applied equally across all jurisdictions, cities, towns and counties.

“Notwithstanding the above, this resolution does not intend to and does not negate provisions (of) any law that would prohibit the sale to or possession of a firearm by felons or… individuals with a history of dangerous mental illness or who have been adjudicated as mentally ill,” the document concludes.

The Nye County Commission will vote on whether or not to adopt the resolution on March 11 and anyone interested in providing their opinion may do so at that meeting. If passed, the resolution will then be sent to the Nevada Legislature so as to make clear the position of Nye County.

In other parts of Nevada, including Elko and Lyon counties, there is also movement toward opposing the background check law through resolutions as well. Sheriffs in some counties, such as Pershing and Eureka counties, have also expressed their resistance to enforcement of the law.