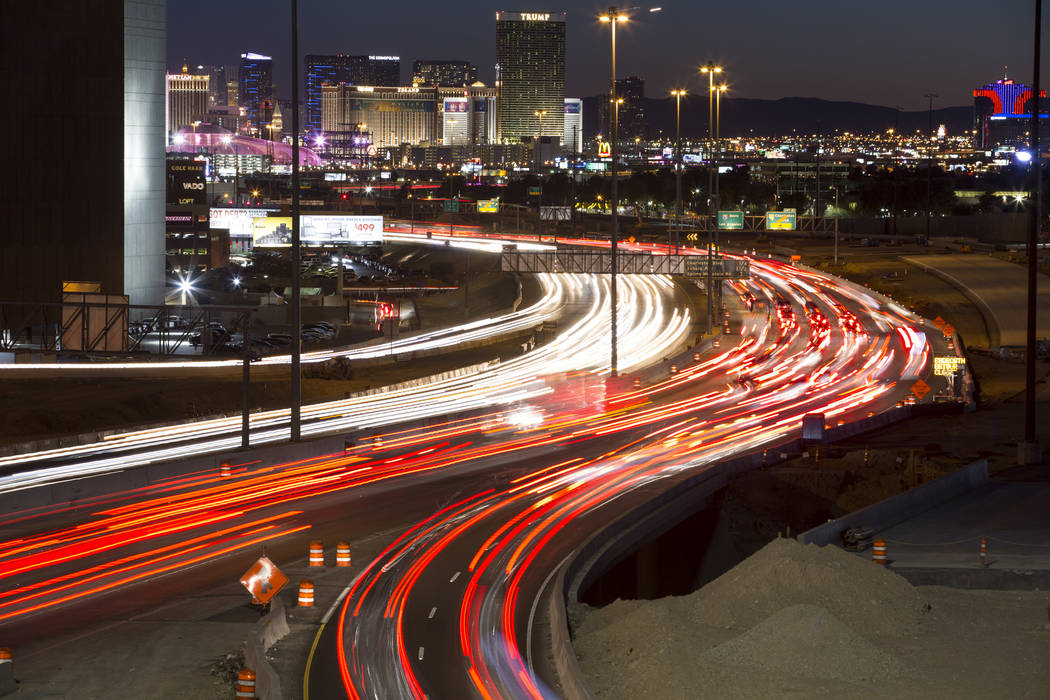 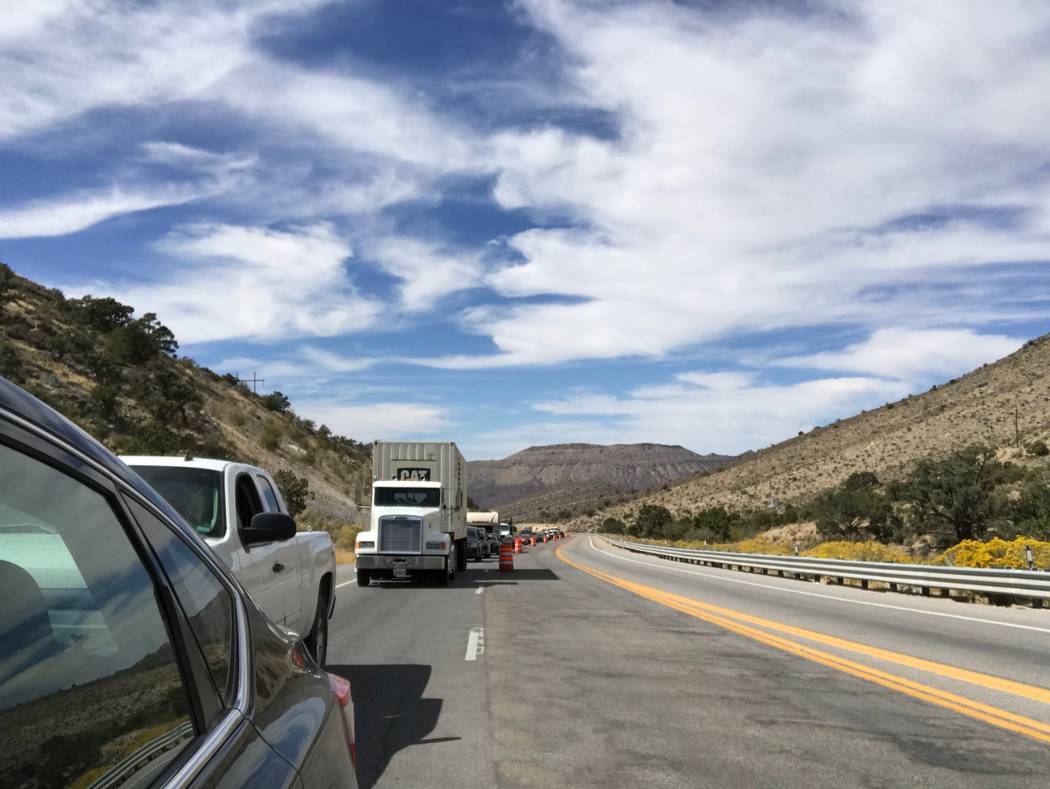 Jeffrey Meehan/Pahrump Valley Times Traffic builds up along Highway 160 as the road closes at the western edge of Mountain Springs on Sept. 24, 2018. Periodic closures are expected in the area as a nearly $59 million two-year-long widening project gets underway. 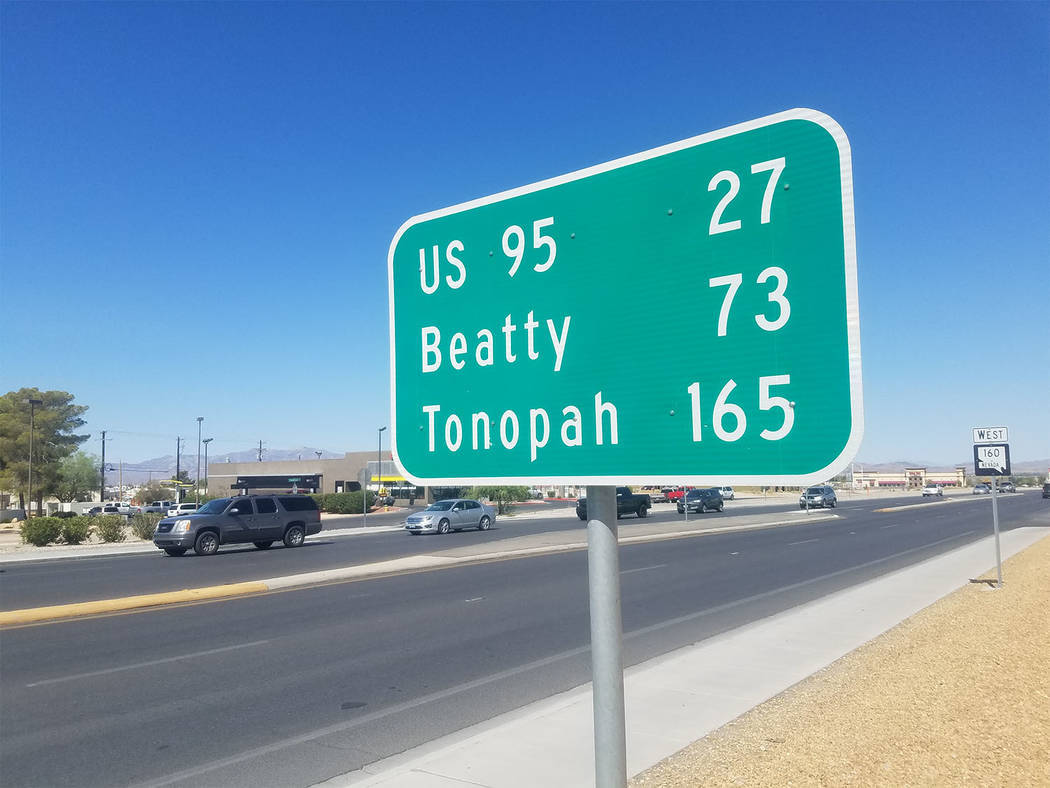 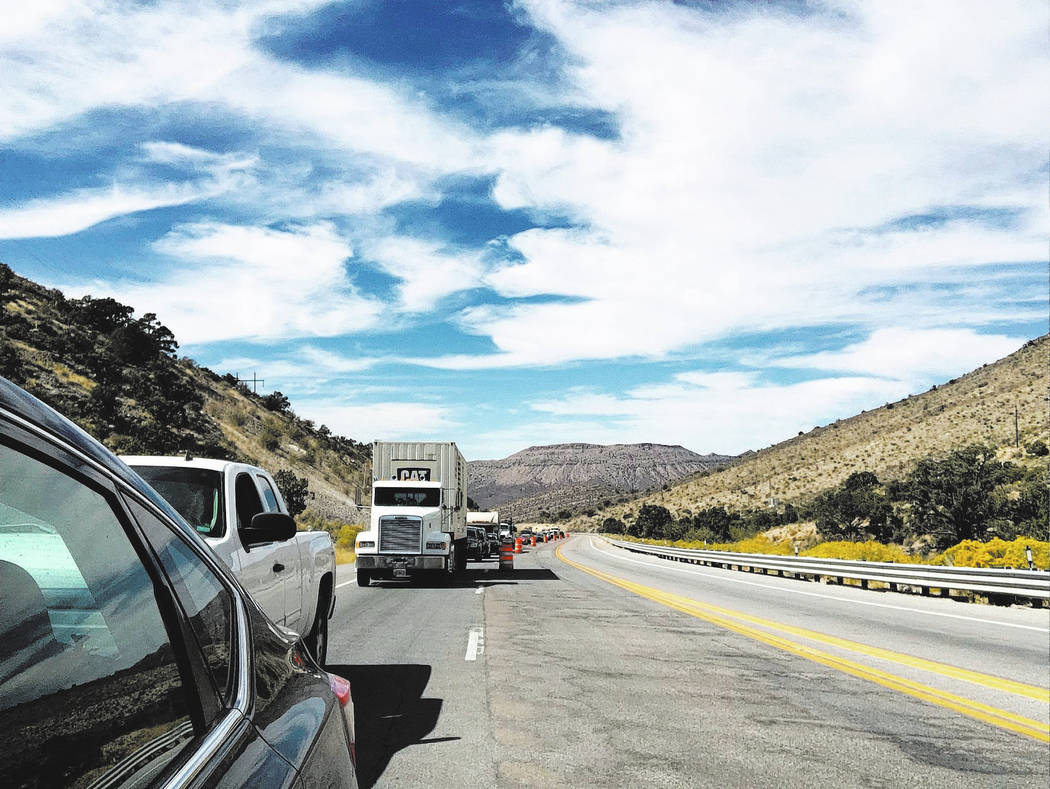 Nevada drivers can toot their horns after a recent study of the best and worst drivers in the United States.

According to a study by QuoteWizard Insurance News, Nevada drivers were ranked sixth best in the United States.

Michigan drivers were ranked the best. Rounding out the top 5 were, in order, Mississippi, Oklahoma, Arizona and Illinois.

The worst drivers are in Maine, where according to the study, “there was a drastic rise in traffic citations and fatalities.”

South Carolina drivers weren’t far behind their Maine counterparts. The study said an increase in drunken driving led to the low ranking.

Nebraska’s road are flat and straight, but the Cornhuskers got the green light to put the pedal to the medal, which resulted in a spike in accidents and speeding citations, and a ranking with the third worst drivers. By city, the study found Omaha drivers were the worst in the country.