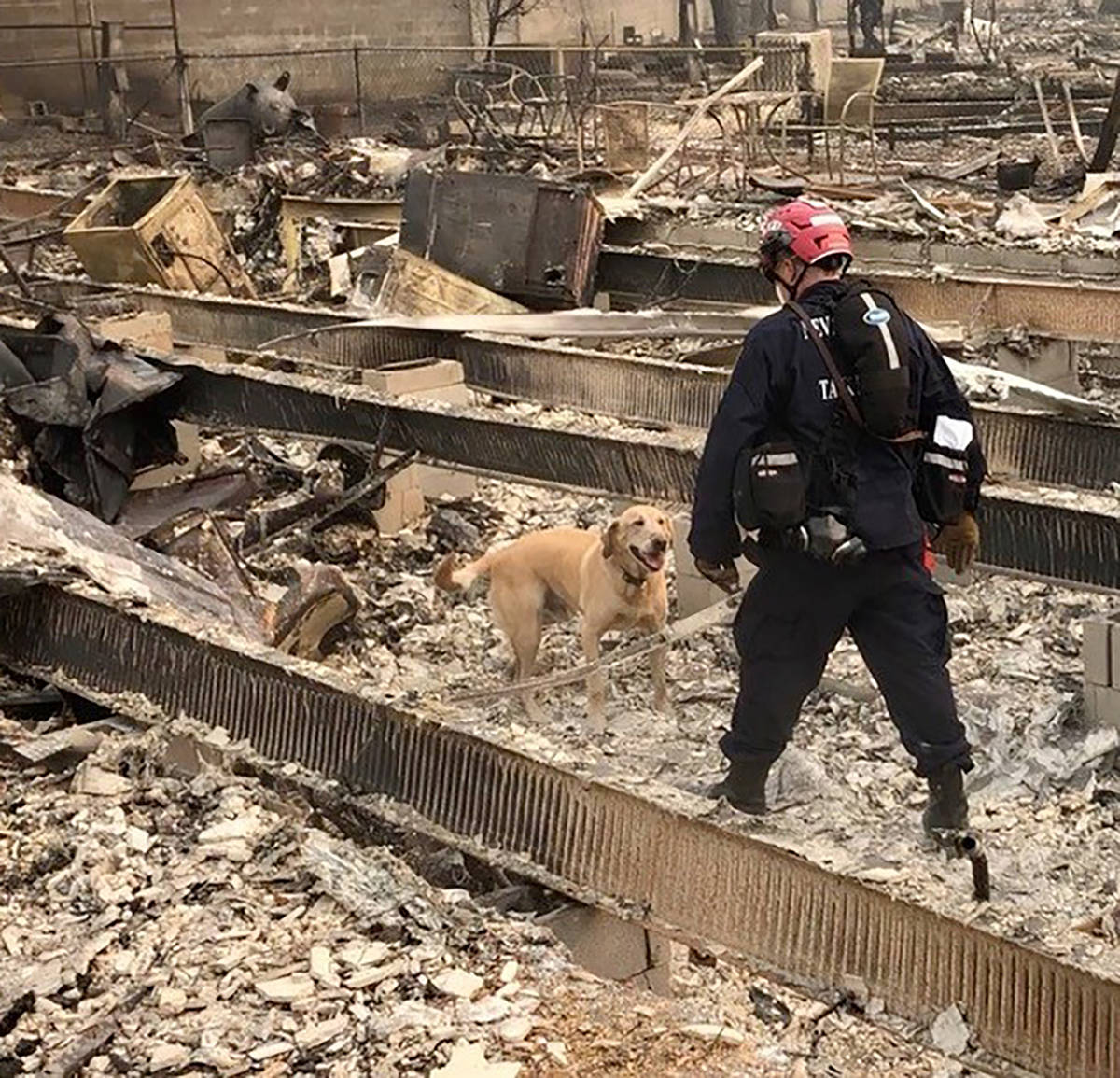 Special to the Pahrump Valley Times Nevada National Security Site firefighter Michael Porter with his dog, Dexter, in Oregon to help fight wildfires in that state during September. 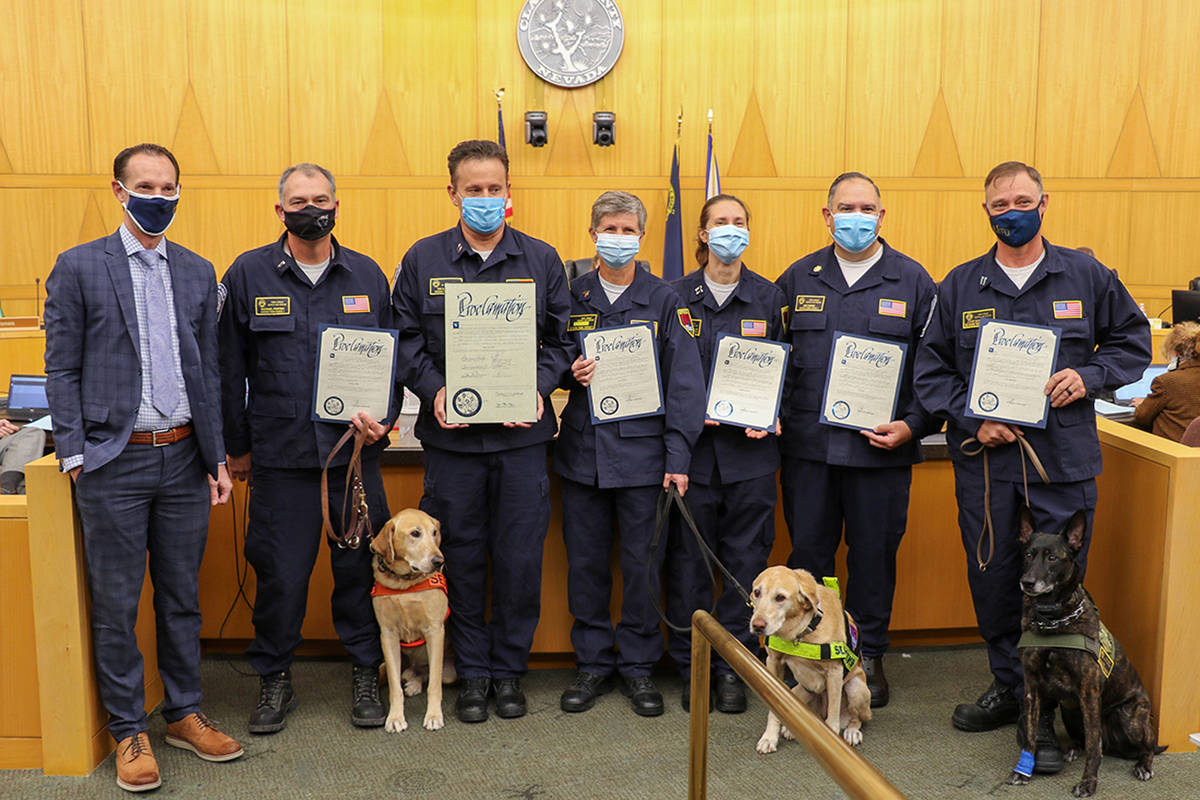 Special to the Pahrump Valley Times Members of the Nevada Task Force 1 team were honored Tuesday by the Clark County Commission for their work while deployed to Oregon to help fight that state's wildfires during September.

Nevada National Security Site firefighter Michael Porter, who led a Nevada search and rescue team that was deployed Sept. 12-21 to Oregon to fight the state’s wildfires, was honored by the Clark County Commission on Tuesday.

A firefighter for 26 years, Porter served as search team manager of the Nevada Task Force 1 team, which he has been part of for 14 years, including seven as a canine handler.

The NVTF-1 team — three human remains detection canines and six personnel — worked in conjunction with the Utah Task Force (80 personnel) and four single-resource HRD canine teams from Florida (two), Colorado (one) and Arizona (one team with two personnel) for the remainder of the operation.

Over the course of seven operational periods, the team covered the area of the fire in the Oregon towns of Talent, Phoenix and Ashland, as identified by the Jackson County Sheriff’s department. The team surveyed and marked 6,035 waypoints, conducted 4,301 structure evaluations and searched 3,003 structures and 1,628 vehicles.

“It allows us to assist the country during times of need,” Porter said of his ongoing involvement with the team. “We’re also able to maintain our skills, get national-level training and interact with other responders in Nevada and throughout the United States.”

Porter joined the NNSS Fire and Rescue team in May 2019 after retiring from the City of Henderson earlier that year.