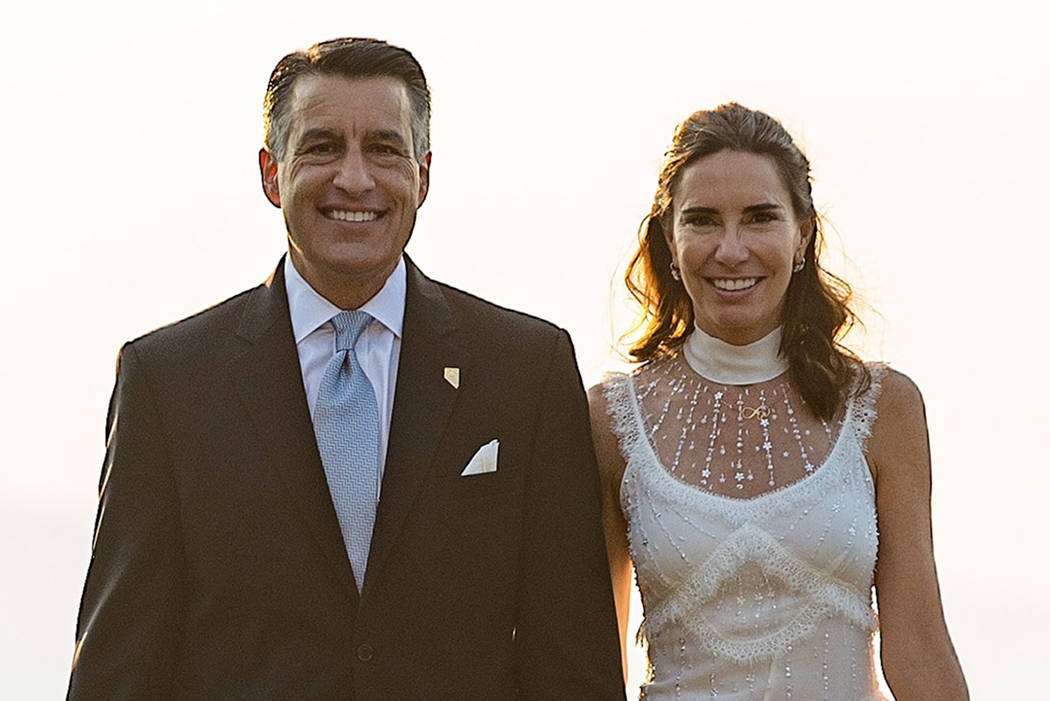 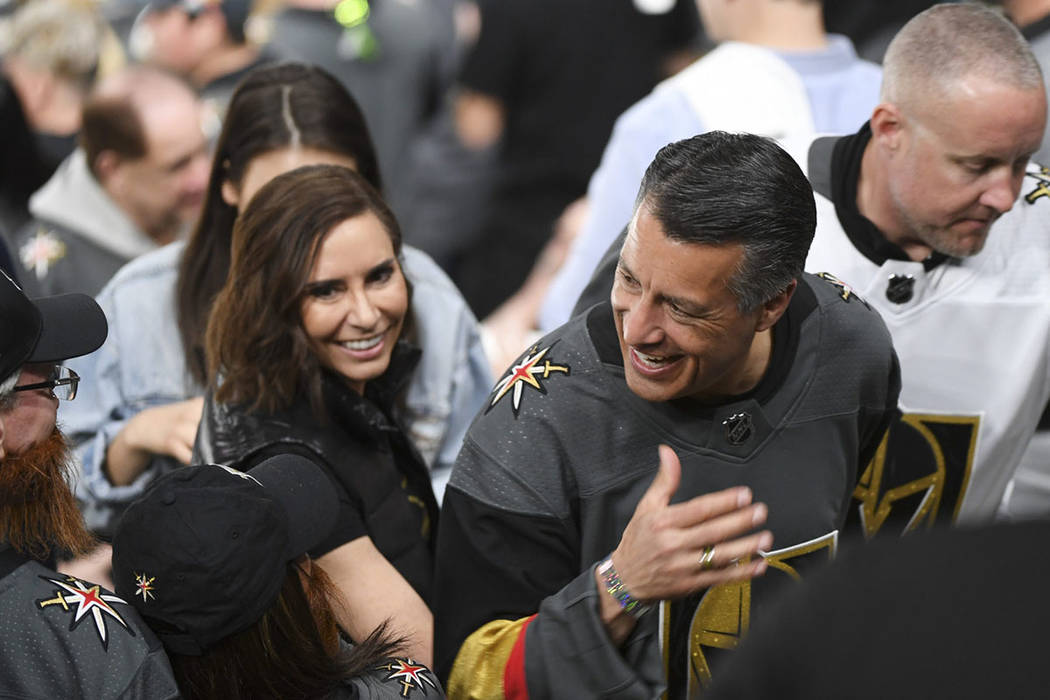 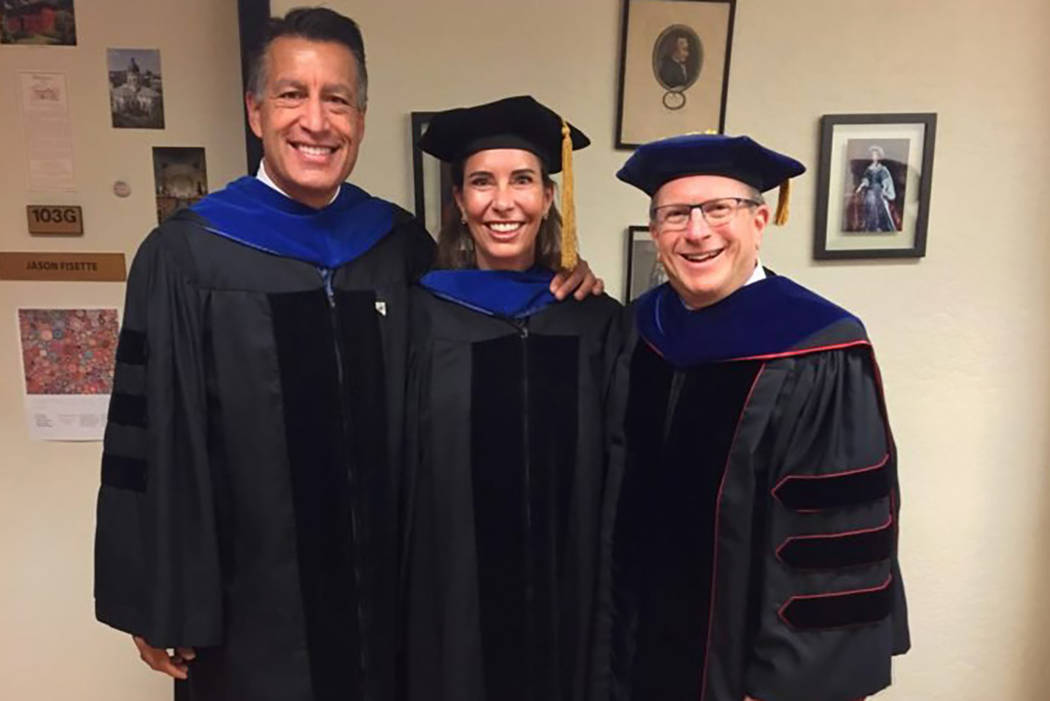 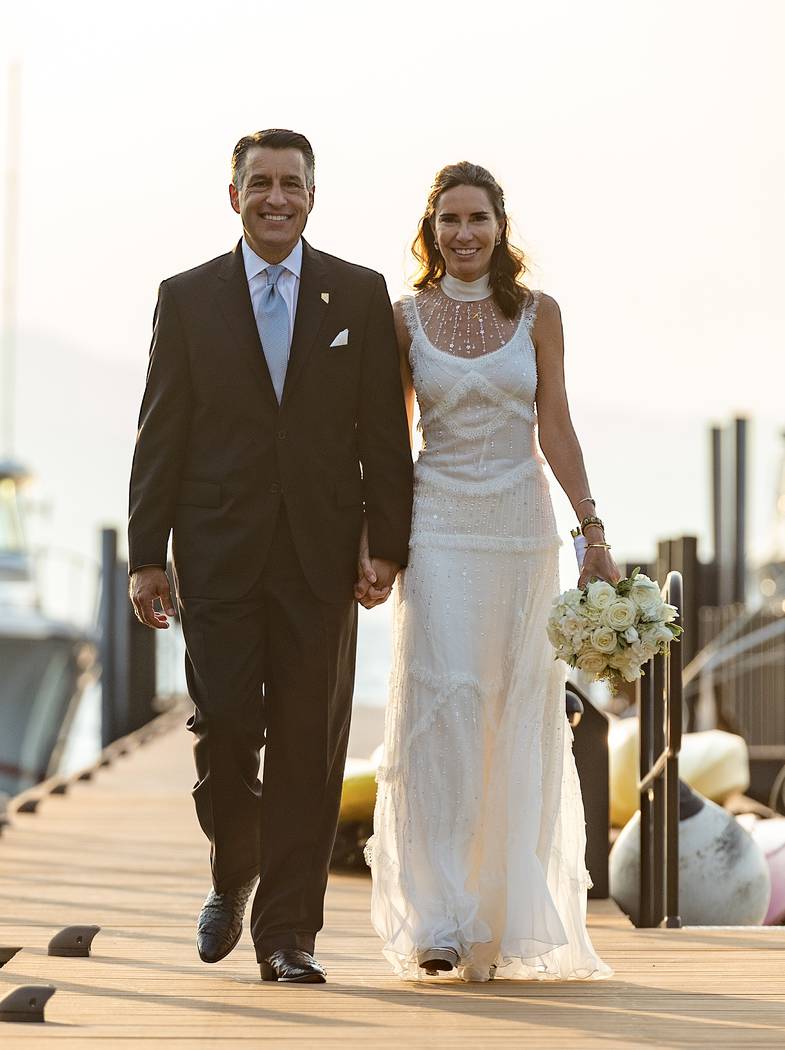 “The happy couple appreciates the well wishes of Nevadans and they look forward to spending their lives together,” Sandoval spokeswoman Mary-Sarah Kinner said.

Though it was previously reported that the couple would wed in Las Vegas, Kinner did not disclose the wedding’s location in an announcement Aug. 7 to protect Sandoval’s privacy.

“I never said where the wedding was taking place,” she explained on Sunday. Kinner declined to say how many guests attended the governor’s wedding Saturday.

It’s not clear how long Sandoval and McCarthy have been a couple. Sandoval, who is in his eighth and final year as governor, finalized his divorce from his wife of 27 years, Kathleen, in February.

McCarthy, 48, is a 1992 journalism graduate of the University of Nevada, Reno, and works as the vice president of new markets at Aristocrat Technologies, a gaming machine producer.

McCarthy’s career is based in Las Vegas, and it appears unlikely that she’ll move into the governor’s mansion to accompany Sandoval as he closes out his term.

“They will split their time between Northern and Southern Nevada unless the responsibilities of their respective positions require solo attention,“ Kinner said Sunday.

Sandoval, 55, isn’t the first governor of the Silver State to get divorced in office. His predecessor, Jim Gibbons, had a very public and bitter divorce in 2008.

But Sandoval is the first governor in Nevada’s nearly 154 years of statehood to get married while in office.