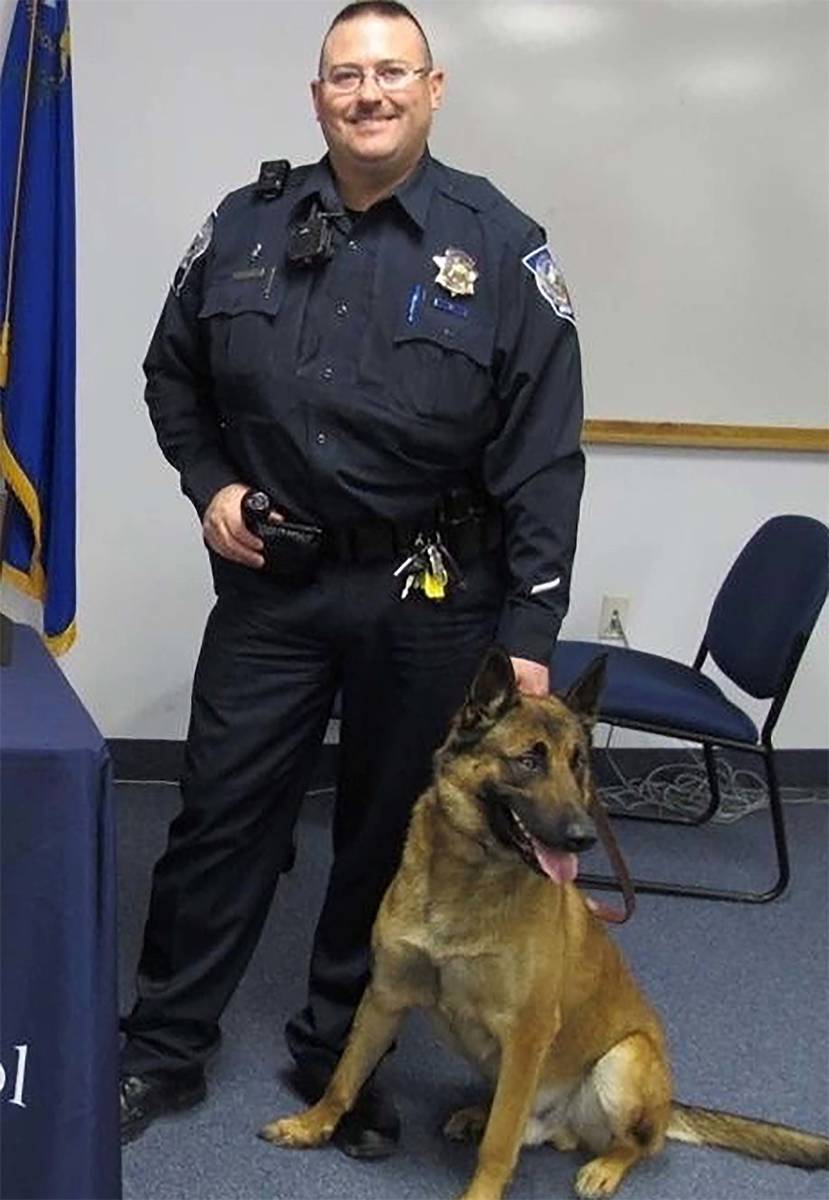 The Nevada Highway Patrol-Southern Command has welcomed a new crime fighter into the ranks, one with four legs and whose nose can smell 40 times greater than that of his human partner.

The NHP will welcome Skipper as the newest member of the Nevada Highway Patrol K9 team. Skipper is 1-year-old German short-haired pointer and will be assigned to a trooper in the Las Vegas area. Skipper has been trained and certified in narcotics detection.

When it came time to name the new addition, the K9 team decided to name him Skipper in memory of the late Sgt. Ben Jenkins, who was shot and killed by a motorist he had stopped to help on March 27 in Ely. Jenkins was known as an avid outdoorsman who enjoyed hunting and fishing and loved his new boat. He enjoyed his boat so much that he received the nickname Skipper.

Jenkins was also an animal lover and had worked for a time as a K9 handler partnered with Thor, a Belgian malinois.

Skipper’s graduation ceremony and a brief K9 demonstration will be held at 11 a.m. Thursday, Oct. 8 at the Nevada Department of Public Safety Training Academy in Las Vegas.